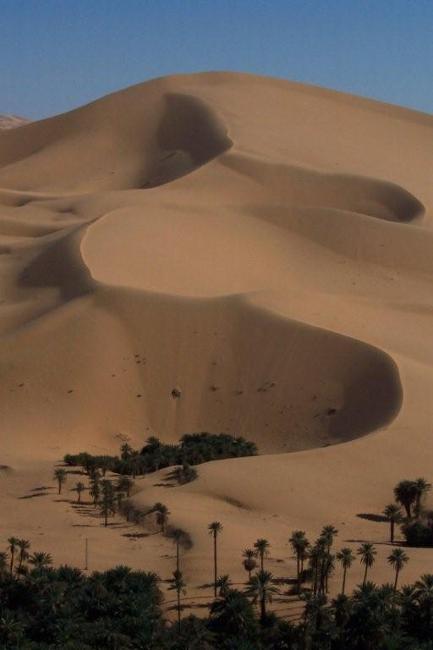 Much of recent Algerian history has been dominated by civil wars and subsequent warlordism That said, the country is gradually restoring order and will prove an interesting - if difficult - destination

Officially, 220V 50Hz Outlets are the European standard CEE-7/7 "Schukostecker" or "Schuko", or the compatible, but non-grounded, CEE-7/16 "Europlug" types US and Canadian travelers should pack an adapter for these outlets if they plan to use North American electrical equipment in Algeria

The official language is Arabic, but be warned: Arabic spoken in the Maghreb Region Morocco, Algeria, Tunisia is quite different then the Arabic spoken in other parts of the Arab World, so don't be surprised if you don't understand anything said to you even if you are competent in standard Arabic Algerian Arabic contains many French Words

French, the colonial language, is still widely spoken and almost every local you meet will be bilingual in Arabic and French

Generally, only the younger generations in Algeria can understand some English, but most people are able to communicate in French

What to see in Algeria

Algeria is a vast country offering tourists a wide selection of attractions and activities The capital city of Algiers has a rich past and ruins at Djemila, Tipasa and Timgad are fascinating to see Main attractions in Algeria include the National Museum of Fine Arts as well as the Bardo Ethnographic and Local Art Museum Step back in history by making your way to the Hauts Plateaux where you will discover the historical city of Tlemcen as well as the Grand Mosque, Almohad ramparts and Masourah Fortress

Heading out towards the formiddable Sahara opens up a whole new world of attractions in Algeria The holy town of Beni-Isguen, with its well-guarded gate and auction market, makes for an interesting stop Ouargla, also known as 'the golden key to the desert', is a lovely town featuring a malekite minaret, market square and gorgeous architecture Natural attractions in Algeria also abound with Kabylia and the Chiffa Gorges Take in the beauty of the ocean along the Turquoise coast or the Sidi Fredj peninsula

What to do in Algeria

Travel on camels in the Sahara desert Locations:

Money can be exchanged at Banks or Post offices Make sure that the exchanged bills are in a good condition, people tend to be picky with accepting ripped and older bills Be careful with other currencies than Euro or US$ it could be hard to find a bank that exchange less common currencies

Food and eating in Algeria

Algeria produces a selection of wine not in big volume in more and also beer However, Algeria is a Muslim country, and you do not find alcohol sold everywhere, you have to know where to find it Wine and alcoholic drinks are sold in the few bar restaurants in the big cities, high end hotels, and night clubs Some bar restaurants can be found in nice parks, so if you are in a nice wooded park, look for the restaurants The fast food restaurants open and affordable to the public do not sell beer, and the coffee shops do not sell alcohol If you visit Algiers or coastal cities, there are fish restaurants in almost every fishing port, the fishing is traditional and the fish sold is very fresh; usually, these restaurants sell alcohol but you have to ask do not expect to see it, some times it is on the menu, some times not Finally, you can buy your own bottle of Algerian wine to take home in discrete shops that sell alcoholic drinks It is better to buy it at the Algiers airport In smaller towns, buying alcohol can be challenging; you usually find them at the edge of the towns in sketchy areas and the conditions in which the alcohol was kept is sometimes questionable Some Muslims drink but they consider it a sin It is in private but socially If some one invites you into his home and does not offer alcohol, he expects you not to be drunk or smell of alcohol, and does not expect you to bring your own bottle or even discuss drinking alcohol in front of his wife and kids

What do you think about Algeria?

How expensive is Algeria?
(1 DZD = 0 USD)
TripAround.org, your travel companion