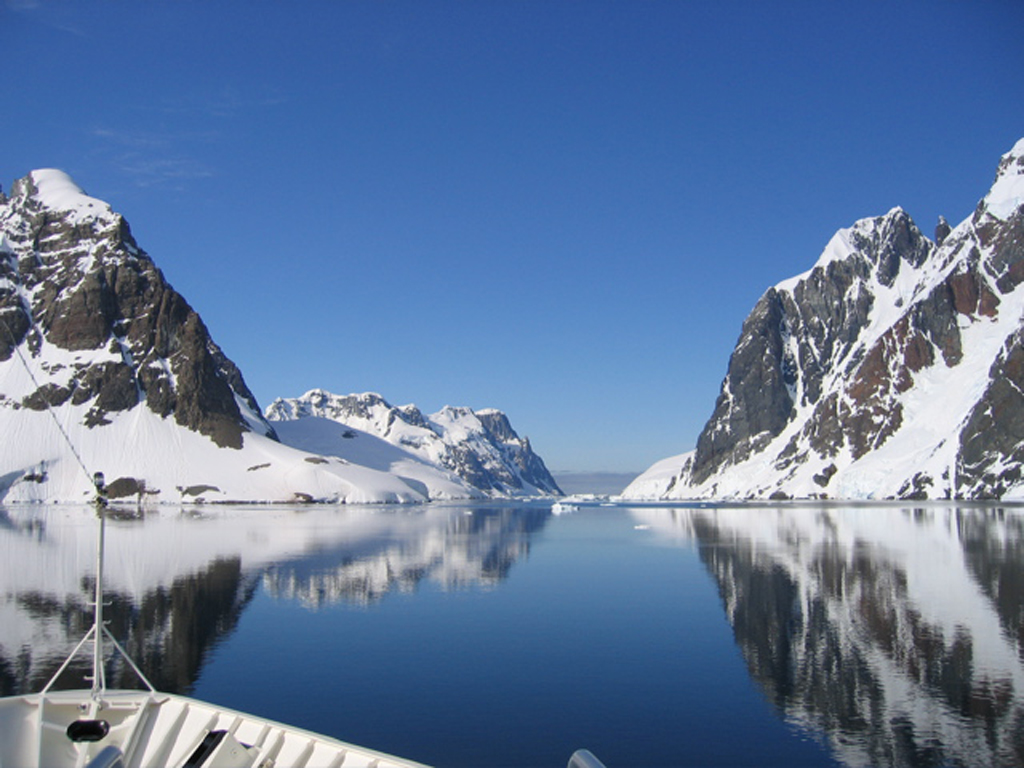 Although several countries have laid claim to various portions of Antarctica, it is governed by the 1958 Antarctic Treaty, which establishes the continent as a peaceful and cooperative international research zone There are no cities per se, just some two dozen research stations with a total population ranging from 1000-4000 depending on the time of year These are maintained for scientific purposes only, and do not provide any official support for tourism The laws of the nation operating each research station apply there

Private travel to Antarctica generally takes one of three forms: 1 commercial sea voyages with shore visits by far the most popular, 2 specially mounted land expeditions, or 3 sightseeing by air Approximately 80 companies belong to the International Association of Antarctica Tour Operators 1, a membership organization which regulates non-research travel to the region In the 2005-2006 summer season, an estimated 26,250 people visited Antarctica or the surrounding waters

Antarctica is notable for being the only continent with no significant land plant life and no native land mammals, reptiles, or amphibians There are no polar bears; they are only at the North Pole However its shoreline serves as nesting ground for many species of migratory birds and penguins, and the Southern Ocean surrounding it is home to many fish and marine mammals, including whales

Don't be fooled by all the ice: Antarctica is a desert The region's moisture is all tied up in frigid seawater and the huge sheets, shelves, and packs of ice which cover nearly all of the continent plus surrounding waters There is little snowfall here, and even less rain

The above temperatures apply to the islands and coastal regions that tourists ordinarily visit Temperatures in the interior, such as the South Pole, are far harsher, with summer highs of around -15ÂºC 5ÂºF and winter lows plummeting to -80ÂºC -112ÂºF

For most people, reading about Antarctica is the only affordable means of experiencing the continent Books range from wild works of fiction to non-fiction accounts of the extraordinary early missions of adventurers looking to conquer Earth's last land frontier

What to see in Antarctica

Anguilla has many farms of corn, peas, tomatoes and other crops To see, buy or learn about plants and animals in Anguilla one can visit The Department of Agriculture, located in The Valley, Anguilla

Anguilla National Trust is an organization whose task is to preserve Anguilla's natural environment, historic and cultural resources and archaeology They can provide information on Anguilla's environment and conduct tours

Gardens in Anguilla are:

What to do in Antarctica

There are many places to lounge, listen to music and dance such as:

Food and eating in Antarctica

There are many places to dine in Anguilla, with a wide variety of cuisines to chose from The prices also vary depending on the selected restaurant

Antarctica has 24-hour sunshine during the southern hemisphere summer Visitors should ensure that they take steps to keep regular sleeping hours as continuous daylight disturbs the body clock There are no hotels or lodges on the continent, and research bases will not generally house guests Most visitors sleep on board their boat, although land expeditions will use tents for shelter

The following agencies are responsible for staffing bases in Antarctica:

What do you think about Antarctica?