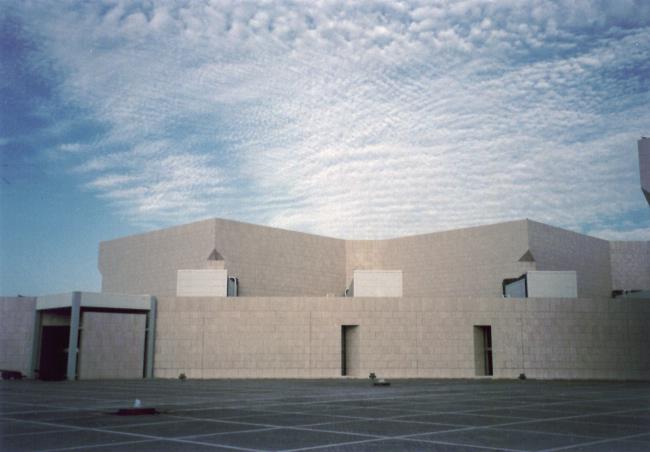 Bahrain is the smallest of the independent Persian Gulf states, and has often had to walk a diplomatic tightrope in relation to its larger neighbours The country has few oil reserves, however it has established itself as a hub for refining as well as international banking, while also achieving a liberal by Gulf standards at least political system Its economy depends to a small extent on Saudis interested in a little entertainment, not available in the strictly Islamic Kingdom of Saudi Arabia

Despite being much closer to Qatar, the Hawar Islands are part of Bahrain after a long, drawn out much sovereignty dispute between the two nations

Officially 220V 50Hz Most outlets are the British standard BS-1363 type Generally speaking, US, Canadian and Continental European travelers should pack adapters for these outlets if they plan to use their electrical equipment in Bahrain

The best time to visit Bahrain is November-March, with October & April being just bearable Be sure to take along a sweater during December-March as evenings can be cool Bahrain's summer, which is from May-September, is very hot and humid, though occasional cool northerly winds blow to provide some relief More frequent are the qaws, the hot, dry summer winds that can bring sandstorms

Arabic is the official language, although English and Persian Farsi is widely spoken Urdu and Hindi is also understood and spoken by Indians and Pakistanis on the island

What to see in Bahrain

The Qala'at al-Bahrain Bahrain Fort is located off the northern shore and is a five to ten minute drive away from Manama city It is restored and in good condition although it lacks furniture, signage, or exhibits Admission is free

Next door to the fort is a museum, completed in February 2008, which contains many artifacts ranging from the ancient Dilmun periods through the Islamic era, many of which were found at the fort and additional ruins next door The museum is a large rectangular and white building with absolutely no signs to indicate that it is a museum The hours are 8AM-2PM daily; admission is free

Tree of Life Although trees grow in Bahrain, this one is special because of its location in the middle of the desert amidst the oil wells and other infrastructure of the petroleum industry You need a car to reach the tree, as it is far from the main roads and not on any public transportation route

To reach the tree, take the Zallaq Highway heading east, which becomes the Al-Muaskar Highway You will eventually see a sign for the Tree of Life indicating a right turn Although the sign seems to point you to turn onto a dirt road which actually goes nowhere, do not do so, instead wait until the next intersection which is several metres ahead There are no signs as you travel down this road, but pay attention to a scrap metal yard on your right Before you reach a hill which warns you of a steep 10% incline, take a right As you continue straight down this road including roundabouts, you will begin to see Tree of Life signs again The signs will lead you down a road which will then be devoid of these signs, but you will eventually see the tree in the distance on the right it is large and wide, not to be mistaken for other smaller trees along the way You turn onto a dirt path at Gas Well #371 You can drive up to just outside of the tree, but make sure you stay on the vehicle-worn path, as turning off of it is likely to get your car stuck in the softer sand

Although it seems like a chore to reach, the Tree of Life is worth the visit for the oddity of it The tree is covered in graffiti, although this is not visible until you get up close Try to make your arrival near sunset for a picturesque view of the tree and the surrounding desert

What to do in Bahrain

Bahrain has history dating back 5000 years, from the ancient Dilmun period through the Islamic era The country offers three forts which have been meticulously restored and opened to the public, although a lack of signs and general promotion by the country's tourist industry sometimes makes finding these sites difficult

The high temperatures in Bahrain make sea activities seem extra tempting and water sports are extremely popular in Bahrain, with tourists and locals indulging in their sport of choice all year round in the warm waters of the Arabian Gulf Sailing and scuba diving are particularly popular

Although a desert country, Bahrain boasts an international 18-hole grass golf course, which is about 15 minutes outside the capital, Manama The par 72 championship course features five lakes and is landscaped with hundreds of date palms and desert plains

Enjoy riding a camel along a highway

Haggle for goods at the local souk markets

The currency in Bahrain is the Bahraini dinar BD, which is divided into 1000 fils One dinar is worth nearly three US dollars US$266, to be precise, as the exchange rate is fixed, making this one of the world's strongest currencies, and this can get some getting used to: that seemingly cheap ten-dinar taxi ride is in fact almost $27 and thus an extortionate rip-off!

The dinar is pegged to the Saudi riyal at 1:10, and riyals are accepted almost everywhere at that rate, although odds are you'll get your change in dinars and hotels may try to screw you out of a few percent If coming in from Saudi, there's no reason to change your money, but do try to get rid of any excess dinars before you leave the country, as they're hard to exchange elsewhere, even in Saudi

Like most Gulf countries, Bahrain is not cheap With recent rising costs a decent dinner can cost around BD15, and car rental at BD 10-20/day is reasonable, but hotel prices will put a dent in your budget: a perfectly ordinary room in a "good" hotel can set you back BD 100 Do not travel to Bahrain during the annual F1 race in April if looking for reasonable prices, as hotels will quadruple their rates A room at the Gulf Hotel during this race will cost you upwards of BD 300/night

There are several major malls in Bahrain that offer international and luxury labels shops and botiques, supermarkets and so forth, as well as food courts, contemporary and traditional cafes, play areas and arcades, cinemas 3D & 2D and even an in-door water park

A visit to the local souq sook is a must There you can negotiate the price on ârolexesâ, jewelry, and many other gifts The souq is also home to many excellent tailors If you're there for long enough say a week then you can take a favourite clothing item in and they will "clone" it precisely in any material you select from the huge range available

Food and eating in Bahrain

Restaurants in Bahrain run the gamut for cheap stalls offering local food to fancy restaurants in fancy hotels American fast food franchises such as Burger King and McDonalds are ubiquitous Western mostly American style-foods and franchises can be found around the malls and in the city center, offering food for upper mid-range prices

Bahrain has a number of expatriates they make up almost 30% of the population The predominant industry is the financial sector where over 400 banks are licensed, although only about 30 can accept deposits from retail customers- the rest are basically investment houses The construction industry is also finding takers in Bahrain Large building complexescommercial and residential are coming up

For an expat, life is easy By law, a company must provide:-

At present, there is a 1% charge on salary gosi tax which goes to subsidize the unemployed, but a lot of employers are giving their employees an additional bonus by paying it themselves instead of deducting it from the salary

Most executive positions would have their children's education sponsored

Working hours differ across different industries Government offices work from 7:30 to 2:00; banks from 7:00 to 3:00

What do you think about Bahrain?

How expensive is Bahrain?
(1 BHD = 0 USD)
TripAround.org, your travel companion