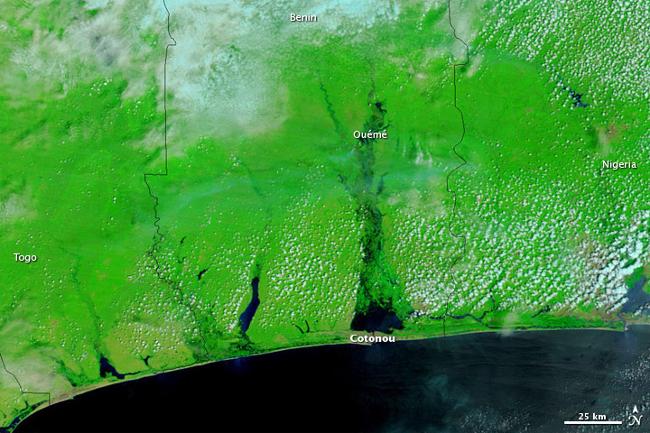 Benin is a great country to visit on any West African itinerary You'll find a large quantity of palatial ruins and temples of the once powerful Kingdom of Dahomey 1800s–1894 Moreover, Benin is the birthplace of Vodun Voodoo and all that goes with it—to this day Voodun remains the official religion of the country, and an important part of the life of ordinary Beninese The national parks of Benin are also well worth a visit for their wildlife Benin is also, fortunately, one of the most stable and safe countries of the region for traveling

The Portuguese arrived in Benin's territory in the fifteenth century, and established significant trading posts in Benin's coastal areas Soon following the Portuguese came French, Dutch, and British traders Over time Benin's coast developed into the largest center of the slave trade in Africa, run by the Fon people, who dominated the Dahomey government and actively sold their neighboring peoples to the Europeans As the slave trade increased in volume 10,000–20,000 slaves shipped off per day, the coast of Benin became known as the Slave Coast Around this time the port cities of Porto-Novo and Ouida were founded and quickly became the largest and most commercially active cities in the country, while Abomey became the Dahomey capital

The fall of the Dahomey Kingom was precipitated by the banning of slavery throughout Europe in the mid-19th century, followed by the French annexation of the territory under colonial rule Much of the Dahomey leadership broke even in the annexation, being appointed to top government posts throughout all the French colonies in West Africa In 1960 Dahomey gained its independence, under the name RÃ©publique du Dahomey, which set off a long and destabilizing series of coups In the course of just one decade, 1960—1972, the government changed hands nine times, and experienced four violent coups

In 1972 Major Mathieu KÃ©rÃ©kou, a staunch Marxist, organized the fourth of the military coups, and renamed the country the People's Republic of Benin KÃ©rÃ©kou's regime proved more successful at maintaining power, and reorganized the country on his interpretation of the Maoist model In 1989 the French government, in exchange for financial support of Benin's flailing economy, persuaded the Benin government to abandon its one-party Socialist rule, and to move to a multiparty republic In 1990 the country was renamed the Republic of Benin, and in 1991 Benin held its first free elections with significant success, and Kereku lost to Nicephore Soglo—Benin was thus the first African nation to successfully coordinate a peaceful transfer of power from a dictatorship to a functioning democracy Soglo remained president through 1996, but his administration was marred by poor economic performance, leading to his electoral defeat to Mathieu KÃ©rÃ©kou in 1996, who ruled the country and maintained popularity despite corruption scandals until 2006 The current president of Benin is today Yayi Boni, a technocrat who served under the tutelage of former President Soglo

The equatorial south of Benin experiences two rainy seasons of the year, from April to mid July and from mid-September through the end of October The rainy period in the subequatorial north runs from March until October The best time of the year to visit the country is from November to February, when the temperature moderates, and the weather is dry with low humidity

Benin, compared to its neighbors, is geographically smaller, being 112,620 square kilometers—the size of Honduras or the US state of Ohio The country is basically divided into five geographic zones, from south to north: the Coastal plain, the plateau, the elevated plateau and savannah, hills in the northwest, and fertile plains in the north

The most widespread religion is Christianity 43%, predominiantly in the south, and Islam in the north 24% Most interesting for many visitors, however, is the strong influence of Vodun on Benin, practiced as a principal religion by a good 18% of the populace, and which was spread about the globe largely by the massive quantity of slaves exported by the Dagomey Kingdom

The official language is French â the language of the former colonial power Native African languages such as Fon and Yoruba in the south, Bariba and Dendi in the north, and over 50 other African languages and dialects English is on the uprise

The West African CFA franc has a fixed exchange rate to the euro Roughly 650 CFA francs is equal to â¬1, and roughly 500 CFA is equal to 1 US dollar There are banks in all the major cities, and most of the banks have cash machines Keep in mind that many businesses and offices, including banks, close for several hours in the middle of the day

Prices for goods purchased in a store, restaurant, hotel, bus tickets, etc are non-negociable, but almost everything else is Depending on the item, it's not uncommon for foreigners to be quoted a price that is double the final purchase price

One can find any type of African commodity all over Benin

Food and eating in Benin

In every city/village one will find street vendors selling anything from beans and rice to grilled chicken, goat and/or turkey Prices are nominal But one must be careful, always choose a vendor whose food is still hot, and they have taken care to keep the bowls covered with a lid and/or cloth

The beer is cheap and good! Local pubs buvettes are on every corner in every neighborhood You can get a bottle of local beer "La BÃ©ninoise", Heineken, Guinness, Castel and others depending on the bar They all cost about 250 CFA for a small bottle or 500 CFA for a large bottle In the nightclubs beer is excessively expensive, like 30000 CFA a bottle! So stick to the local pubs, or avoid buying beer at the nightclub Local whiskey moonshine is also available, it costs about 2000 CFA for a liter and it is VERY strong stuff There is also the local vin de palme palm wine, an alcoholic beverage that is made from from sap of the palm tree

BÃ©nin's sleeping habit is a vast contrast compared to Westerners While most rise before the crack of dawn, they all work hard straight til Noon:30, when most take a 2-1/2 hour siesta Then it's back to work for 3 hours

Depending on how far they've commuted to work, most are back home by 7PM The next 3 hours are consumed by preparing dinner, tv, dancing or mingling with friends and neighbors Then it's time for bed around 10PM, to rest and do it all over again tomorrow

Be safe to work over there

What do you think about Benin?