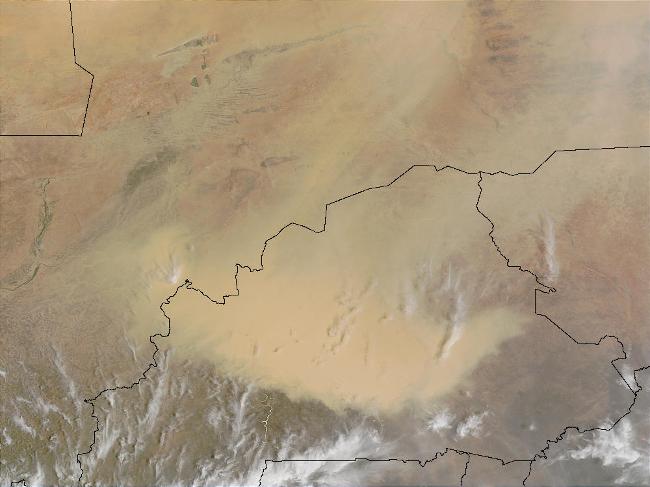 Burkina is one of the safest and friendliest countries in all of Africa Although it receives only a small number of tourists per year, it is an excellent destination for anyone interested in seeing beautiful West African country and exploring African culture and music

Until the end of the 19th century, the history of Burkina Faso was dominated by the empire-building Mossi The French arrived and claimed the area in 1896, but Mossi resistance ended only with the capture of their capital Ouagadougou in 1901 The colony of Upper Volta was established in 1919, but it was dismembered and reconstituted several times until the present borders were recognized in 1947

Independence from France came to Upper Volta, which was renamed Burkina Faso, in 1960 Governmental instability during the 1970s and 1980s was followed by multiparty elections in the early 1990s

Burkina Faso's 144 million people 2006 belong to two major West African cultural groups—the Voltaic and the Mande whose common language is Dioula The Voltaic Mossi make up about one-half of the population The Mossi claim descent from warriors who migrated to present-day Burkina Faso from Ghana and established an empire that lasted more than 800 years Predominantly farmers, the Mossi kingdom is still led by the Mogho Naba, whose court is in Ouagadougou

Burkina Faso is an ethnically integrated, secular state Most of Burkina's people are concentrated in the south and center of the country, sometimes exceeding 48 per square kilometer 125/sq mi Several hundred thousand farm workers migrate south every year to Cote d'Ivoire and Ghana These flows of workers are obviously affected by external events; the September 2002 coup attempt in Cote d'Ivoire and the ensuing fighting there have meant that hundreds of thousands of Burkinabé returned to Burkina Faso A plurality of Burkinabé are Muslim, but most also adhere to traditional African religions The introduction of Islam to Burkina Faso was initially resisted by the Mossi rulers Christians, both Roman Catholics and Protestants, comprise about 25% of the population, with their largest concentration in urban areas

Few Burkinabé have had formal education Schooling is in theory free and compulsory until the age of 16, but only about 54% of Burkina's primary school-age children are enrolled in primary school due to actual costs of school supplies and school fees and to opportunity costs of sending a child who could earn money for the family to school The University of Ouagadougou, founded in 1974, was the country's first institution of higher education The Polytechnical University in Bobo-Dioulasso was opened in 1995 The University of Koudougou was founded in 2005 to substitute for the former teachers' training school, Ecole Normale Superieure de Koudougou

One of the poorest countries in the world, landlocked Burkina Faso has a high population density, few natural resources, and a fragile soil About 90% of the population is engaged in mainly subsistence agriculture, which is highly vulnerable to variations in rainfall Industry remains dominated by unprofitable government-controlled corporations Following the African franc currency devaluation in January 1994 the government updated its development program in conjunction with international agencies, and exports and economic growth have increased Maintenance of macroeconomic progress depends on continued low inflation, reduction in the trade deficit, and reforms designed to encourage private investment

French is the official language; however, you will find out that, outside the big cities, most people do not speak much French Many African languages of the Sudanic family are widely spoken The most common language is MoorÃ© Start the day with some Moore the language of the Mossi: yee-bay-goh "good morning"

What to see in Burkina Faso

Burkina Faso is the home of music in West Africa

As in many West African countries, the currency of Burkina Faso is the Franc of the Communaute Financiere Africaine CFA There are 480 CFA to 1 US Dollar Feb, 2010, and it's fixed to the Euro; â¬1 = 655957 CFA francs

Credit cards are rarely accepted, but cash may be withdrawn with a card at certain banks in all major towns Ouaga, Bobo, Banfora, Dori, and Ouahigouya are confirmed In general, most bank machines will accept only VISA cards, with a PIN or a CarteBleu Mastercard and Maestro no longer have partner banks in Burkina Faso Make sure you have a PIN for your credit card in order to access money from the bank machines Travelers' checks better luck in euros than in dollars can usually be cashed at local banks in Ouaga and Bobo, but with large change fees

Food and eating in Burkina Faso

Any run-of-the-mill BurkinabÃ© restaurant will most certainly have one or all of the following:

TÃ´ = a millet or corn flour based jello-like dish served with a sauce Sauces commonly are okra-based fr "sauce gumbo" - tends to be on the viscous-side, peanut-based fr "sauce arachide", baobab-leaf-based not bad tasting, but very slimy, or sorrel-based fr "oseille", another green-leaf, a little sour

You eat this dish by breaking off some tÃ´ with a spoon or, if you want to go local and your hands are washed, use your finger - just remember to use always the right hand, as the left hand is considered "unclean" because it is used for bathroom purposes and dipping it into the sauce Definitely an an acquired taste

Riz Gras = Rice cooked in tomato sauce and flavored stock, often with onion Sometimes served with extra sauce on top, but not a given

Haricots verts = Green-beans, usually from a can, with tomato sauce

Petits pois = Green peas, usually from a can, with tomato sauce

A Burkina specialty is "Poulet TelÃ©visÃ©" aka televised chicken, or roast chicken, since many locals say if you watch the roaster it is like watching TV!

If you are interested in helping to save lives in Western Africa then Burkina Faso, hit by severe drought and poverty in the last decade, would be ideal for a charity-holiday Medical staff are also sorely needed, so any volunteering doctors would be greeted warmly

What do you think about Burkina Faso?