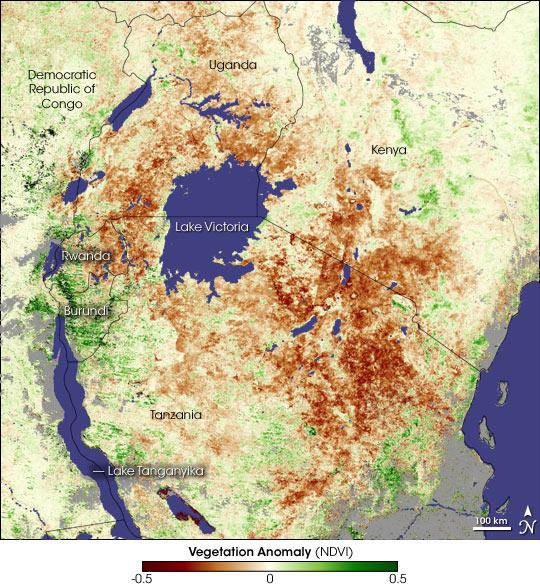 Burundi covers about 28,000 kmÂ² with an estimated population of almost 87 million Although the country is landlocked, much of the southwestern border is adjacent to Lake Tanganyika

Burundi is one of the ten poorest countries in the world and it has the lowest per capita GDP of any nation in the world Burundi has a low GDP rate is because of civil wars, corruption, poor access to education, political instability and the effect of HIV/AIDS Cobalt and copper are among the nation's natural resources Other resources include coffee, sugar and tea

Burundi is not different from any other young nation and jealously keeps all the elements that constitute its very rich culture: dances, musical rhythms, handicrafts Its aim is to ensure the transmission of the inheritance from the forefathers and ancestors evidenced by belongings and objects they liked, the dances they composed

The earliest known people to live in Burundi were the Twa, a short "pygmy" people who remain as a minority group there The people currently known as Hutu and Tutsi moved into the region several hundred years ago, and dominated it Like much of Africa, Burundi then went through a period of European colonial rule At the beginning of the twentieth century, Germany and Belgium occupied the region, and Burundi and Rwanda together became a European colony known as Ruanda-Urundi

This ended with its independence from Belgium in 1962 In the decades since then, it has been the scene of recurring brutal mutual bloodlettings between the Hutu and Tutsi populations much like the better-known genocide in neighboring Rwanda, and a series of political assassinations Peace and the reestablishment of civil democracy took place in 2005 with a cease-fire and the election of former Hutu rebel Pierre Nkurunziza as president

Burundi in general has a tropical highland climate, with a considerable daily temperature range in many areas Temperature also varies considerably from one region to another, chiefly as a result of differences in altitude The central plateau enjoys pleasantly cool weather, with an average temperature of 20 Â°C The area around Lake Tanganyika is warmer, averaging 23 Â°C; the highest mountain areas are cooler, averaging 16 Â°C Bujumburaâs average annual temperature is 23 Â°C Rain is irregular, falling most heavily in the northwest Dry seasons vary in length, and there are sometimes long periods of drought However, four seasons can be distinguished: the long dry season JuneâAugust, the short wet season SeptemberâNovember, the short dry season DecemberâJanuary, and the long wet season FebruaryâMay Most of Burundi receives between 1300 and 1600 mm of rainfall a year The Ruzizi Plain and the northeast receive between 750 and 1000 mm

Although most travelers will find that they can get around passingly well with a working knowledge of French and increasingly English, some familiarity with Swahili or the related local language, Kirundi, is helpful, particularly in rural areas The problem may be that Kirundi is extremely difficult to learn Kirundi and Kinyarwanda the official language in Rwanda are quite similar

What to see in Burundi

Bujumbura is in the western part of the country Moving towards the East travelers will be able to visit Gitega, itâs a large market held right in the center of the town, and its Museum of Traditions ancient utensils, pictures, commented visit Travelers will have to make advance bookings to be able to watch an extraordinary and fascinating show unique in the world: âThe Drummers of Gihetaâ playing in their traditional environment Then you will be making head away towards Rutana to see the admirable panorama of the Karea Falls and the Nykazu Break, called the âBreak of the Germansâ, which is an exceptional lookout that oversees the Kumoso plain You will be ending your tour by the visit of Gihofi, a booming town with its new sugar refinery in the hart of the sugar cane plantations country

Further south you will be able to cross a line of villages succeeding one after the other and wedged between the lake and abrupt mountains Fortunately, you will be able to stop and have a rest, or go for nautical sports and have a meal in restaurants or simply stop for a drink, on nicely arranged fine sand beaches Still further south lays the Nyanza Lake Why not to take a boat and go to Tanzania on the other side of the lake and visit Gombe Natural Park?

Towards the north just before reaching Bugarama, there is an important market center for high quality fresh foodstuffs You can walk across the primeval forest of Kibira the access of which is still very difficult but which is in a process of beaconing Carry on towards Kayanza and Ngozi, two big agricultural production and trade villages At Kirundo, near the border with Rwanda, you will discover the small lakes of the North, the peacefulness and serenity of their jagged borders Take a boat and drift on the Rwihinda Lake to admire numerous birdsâ species entirely free on the lake crested cranes, wild ducks, fishing eagles, etc

On the road from Muyinga to Cankuzo, the visit of the Natural park of the Ruvuvu Rivers is a must now that is endowed with accommodation infrastructure; there youâll be able to admire Burundi protected remnant buffaloes and dorcas gazelles The surrounding primeval forest will no doubt leave you with an unforgettable souvenir

In Bujumbura climb to the âBelvedereâ on the top of the hill, a dominating point of the town Youâll be able to visit the mausoleum of Prince Louis Rwagasore, founder of the Uprona party and Hero of the independence of Burundi

Ten kilometers south of Bujumbura at Mugere is the Livingstone-Stanley Monument, a stone marking a spot where the two famous explorers David Livingstone and H M Stanley spent two nights on 25-27 November 1871 as guests of Chief Mukamba during their joint exploration of the northern end of Lake Tanganyika, following their first meeting at Ujiji, Tanzania 15 days previously

114 km away from Bujumbura, on the Bujumbura-Ijenda-Matana road lays Rutovu, a town where a pyramid was erected at the southern most source of the Nile, at an altitude of 2,000 m

It is impossible to make a list of all the places worth making a stop, as Burundi is a real Garden of Eden defying weather and exercising on people an irresistible attraction When arriving in Bujumbura, for all your circuits, itineraries and tours go to the National Office of Tourism where a great choice can be made available to you You will be able to see everything: the Nyakazu Break to the east, the Karera Falls, the Tanganyika Lake panoramas at Vyanda and Kabonambo, the tea plantations of Teza or Rwegura The reservoir built at this place is surrounded by beautiful sceneries In a nutshell, a synthesis of curiosities worth devoting part of your holidays allowance

There are two museums in Bujumbura and Gitega

The second largest town in the country, Gitega, has the National Museum founded in 1955 where there is an exhibition of a magnificent ethnographic collection of objects owned by the Crown and that could be seen at the Court in the first part of the 20th century, together with an archaeological collection and historical photographs

You will enjoy the old photographs of our kings, princes and queens of the 19th century, surrounded by lot of objects owned by men and women of those days; jewelry, baskets from all regions, earthenware for many uses, calabashes to keep water or for churning, war and hunting spears, ploughing instruments, ironworking and sculpting instruments

In Bujumbura, the MusÃ©e Vivant near the lake presents a great part of the treasures in a wider place surrounded by magnificent gardens Old and modern crafts are presented in beautiful small cabins However the masterpiece of this museum is the reconstruction in real dimensions of a royal habitation The entire surrounding courtyard can be visited and the main hut topped by an interlaced dome covered by a think thatched roof

Not all visitors will enjoy it but it is possible to feed the crocodiles, leopard and some of the snakes in the MusÃ©e Vivant For 2'000Francs you can buy a live guinea pig and select your recipient

Watch out for Tina the chimpanzee when visiting the MusÃ©e Vivant, she frequently escapes from her cage and can follow visitors around, this can be misconstrued as chasing Her handlers assure me she is not dangerous and just wants to play

Burundi is endowed with very flourishing craftsmanship, with unique delicate and attractive shapes

Food and eating in Burundi

For the international traveler, Burundi offers some culinary surprises -- fresh fish from Lake Tanganyika and produce from the nation's rich volcanic soil are particularly notable There is a sizable South Asian community, offering curried dishes alongside the more traditional rice and beans, and french-inspired European offerings For lighter meals, samosas and skewered meats are common, and bananas and fresh fruit are often served as a sweet snack

Soft drinks and beer is available As in Rwanda, big Primus bottles are available for between $1-$2 as well as Amstel, which is about $2

Although accommodations in rural areas can be spartan, Bujumbura hosts a number of international-grade hotels, catering to a mainly a UN and international clientele Other notable hotels include the Source du Nil $120/night, the Hotel Botanika $85/night, the Clos de Limbas $70/night and the new, anglophone Sun Safari

Education is now compulsory for children between the ages of 7 and 13 Primary education lasts for six years The languages of instruction in schools are Kisundi and French General secondary education lasts for seven years, while vocational secondary education usually lasts for five The percentage of eligible children attending school decreased from 28% in 1967 to 18% in 1975 before rising to 51% in 1992 As of 1999, 45% of primary-school-age children were enrolled in school, while only about 5% of eligible young people attend secondary or technical schools

What do you think about Burundi?

How expensive is Burundi?