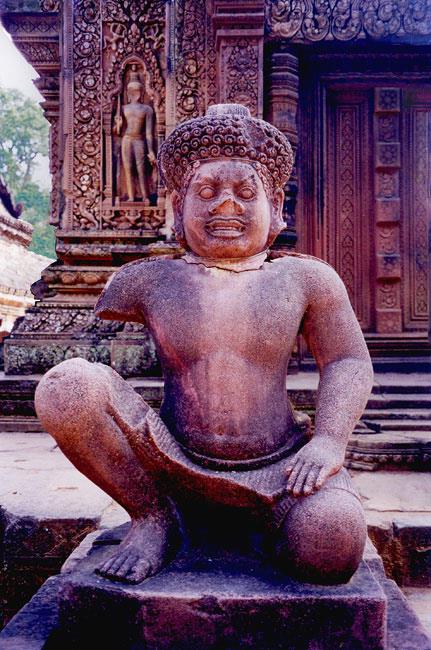 Burundi covers about 28,000 kmÂ² with an estimated population of almost 87 million Although the country is landlocked, much of the southwestern border is adjacent to Lake Tanganyika

Burundi is one of the ten poorest countries in the world and it has the lowest per capita GDP of any nation in the world Burundi has a low GDP rate is because of civil wars, corruption, poor access to education, political instability and the effect of HIV/AIDS Cobalt and copper are among the nation's natural resources Other resources include coffee, sugar and tea

Burundi is not different from any other young nation and jealously keeps all the elements that constitute its very rich culture: dances, musical rhythms, handicrafts Its aim is to ensure the transmission of the inheritance from the forefathers and ancestors evidenced by belongings and objects they liked, the dances they composed

The earliest known people to live in Burundi were the Twa, a short "pygmy" people who remain as a minority group there The people currently known as Hutu and Tutsi moved into the region several hundred years ago, and dominated it Like much of Africa, Burundi then went through a period of European colonial rule At the beginning of the twentieth century, Germany and Belgium occupied the region, and Burundi and Rwanda together became a European colony known as Ruanda-Urundi

This ended with its independence from Belgium in 1962 In the decades since then, it has been the scene of recurring brutal mutual bloodlettings between the Hutu and Tutsi populations much like the better-known genocide in neighboring Rwanda, and a series of political assassinations Peace and the reestablishment of civil democracy took place in 2005 with a cease-fire and the election of former Hutu rebel Pierre Nkurunziza as president

Burundi in general has a tropical highland climate, with a considerable daily temperature range in many areas Temperature also varies considerably from one region to another, chiefly as a result of differences in altitude The central plateau enjoys pleasantly cool weather, with an average temperature of 20 Â°C The area around Lake Tanganyika is warmer, averaging 23 Â°C; the highest mountain areas are cooler, averaging 16 Â°C Bujumburaâs average annual temperature is 23 Â°C Rain is irregular, falling most heavily in the northwest Dry seasons vary in length, and there are sometimes long periods of drought However, four seasons can be distinguished: the long dry season JuneâAugust, the short wet season SeptemberâNovember, the short dry season DecemberâJanuary, and the long wet season FebruaryâMay Most of Burundi receives between 1300 and 1600 mm of rainfall a year The Ruzizi Plain and the northeast receive between 750 and 1000 mm

Although most travelers will find that they can get around passingly well with a working knowledge of French and increasingly English, some familiarity with Swahili or the related local language, Kirundi, is helpful, particularly in rural areas The problem may be that Kirundi is extremely difficult to learn Kirundi and Kinyarwanda the official language in Rwanda are quite similar

What to see in Cambodia

What to do in Cambodia

When shopping be sure to look for businesses that display the Heritage Friendly Business Logo Heritage Watch has launched a campaign that aims to encourage support for Cambodia's arts, culture, heritage and development Businesses that are giving back to the community are certified as Heritage Friendly by the independent organization and permitted to display either a gold or silver Heritage Friendly logo Look for the logo to ensure that you are supporting socially responsible corporate citizens!

You can get away with pretty much haggling anything in Cambodia Restaurants, outdoor food stalls, even rates for guesthouses It doesn't even matter if you lose your temper as myths of "saving face" doesn't really translate to money However, there are a few guidelines:

Siem Reap is the easiest place to bargain, Phnom Penh may be a little harder but still worth a shot worked at a guesthouse in Phnom Penh Just remember to be persistent

The Cambodian riel is the official currency, but US dollars are universally accepted in Cambodia While there are sufficient ATMs in the major tourist areas of Sihanoukville, Siem Reap and Phnom Penh which dispense US$ it may be wise to bring your own supply of US$1, $5, $10 and $20 bills to avoid problems changing larger denominations of $50 or $100 notes US dollar coins buy nothing but confused looks

If you're planning on heading out off the beaten track, you need to take enough US dollars to get you back to a point where you can get more

ATMs can be found in Phnom Penh, Siem Reap, Battambang, Sihanoukville, and Kampot; both debit card withdrawls Maestro, Cirrus, Plus, VISA and cash advances on credit cards are possible For the rest of the country it's best to stick to cash or traveller's checks in US$

Please note that ATMs throughout most of Asia only accept a 4-digit PIN If your PIN is more than 4 digits, best to take care of that at home before you need cash and find yourself out of luck

Traveller's cheques, like credit cards, are accepted in major business establishments, such as large hotels, some restaurants, travel agencies and some souvenir shops; American Express in US$ are the most widely accepted flavour However, competitive rates are only usually found in banks in Cambodia's larger cities guesthouses in heavily touristed areas may offer similar services but at horrendous rates The usual fee for cashing traveler's cheques is 2% and US$2 minimum

Food and eating in Cambodia

For the international traveler, Burundi offers some culinary surprises -- fresh fish from Lake Tanganyika and produce from the nation's rich volcanic soil are particularly notable There is a sizable South Asian community, offering curried dishes alongside the more traditional rice and beans, and french-inspired European offerings For lighter meals, samosas and skewered meats are common, and bananas and fresh fruit are often served as a sweet snack

Soft drinks and beer is available As in Rwanda, big Primus bottles are available for between $1-$2 as well as Amstel, which is about $2

Although accommodations in rural areas can be spartan, Bujumbura hosts a number of international-grade hotels, catering to a mainly a UN and international clientele Other notable hotels include the Source du Nil $120/night, the Hotel Botanika $85/night, the Clos de Limbas $70/night and the new, anglophone Sun Safari

Education is now compulsory for children between the ages of 7 and 13 Primary education lasts for six years The languages of instruction in schools are Kisundi and French General secondary education lasts for seven years, while vocational secondary education usually lasts for five The percentage of eligible children attending school decreased from 28% in 1967 to 18% in 1975 before rising to 51% in 1992 As of 1999, 45% of primary-school-age children were enrolled in school, while only about 5% of eligible young people attend secondary or technical schools

What do you think about Cambodia?

How expensive is Cambodia?