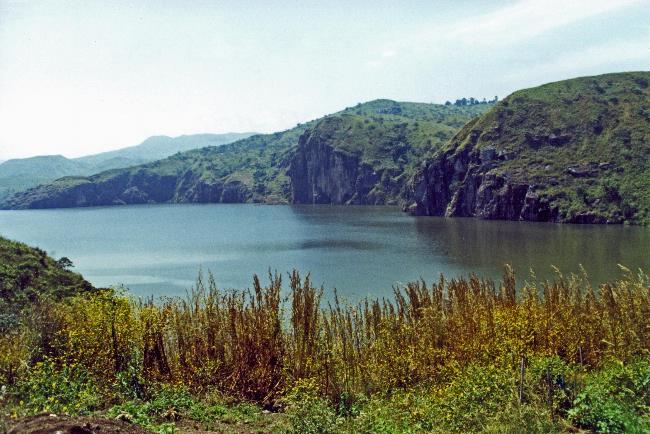 Cameroon is a diverse and multi ethnic country Western tourism is rare; most of the country's tourists come from Europe predominantly Belgium

The territory of present day Cameroon was first settled during the Neolithic period Portuguese sailors reached the coast in 1472 Over the following few centuries, European interests regularised trade with the coastal peoples, and Christian missionaries pushed inland In the early 19th century, Modibo Adama led Fulani soldiers on a jihad in the north against non-Muslim and partially Muslim peoples and established the Adamawa Emirate Settled peoples who fled the Fulani caused a major redistribution of population

The German Empire claimed the territory as the colony of Kamerun in 1884 and began a steady push inland With the defeat of Germany in World War I, Kamerun became a League of Nations mandate territory and was split into French Cameroun and British Cameroons in 1919 The French carefully integrated the economy of Cameroun with that of France and improved the infrastructure with capital investments, skilled workers, and continued forced labour

The British administered their territory from neighbouring Nigeria Natives complained that this made them a neglected "colony of a colony" The League of Nations mandates were converted into United Nations Trusteeships in 1946, and the question of independence became a pressing issue in French Cameroun France outlawed the most radical political party, the Union des Populations du Cameroun UPC, on 13 July 1955 This prompted a long guerrilla war In British Cameroons, the question was whether to reunify with French Cameroun or join Nigeria

On 1 January 1960, French Cameroun gained independence from France under President Ahmadou Ahidjo, and on 1 October 1961, the formerly British Southern Cameroons united with its neighbour to form the Federal Republic of Cameroon

Varies with terrain, from tropical along the coast to semiarid and hot in the north If you are going during the summer, plan on lots of rain every day It might be cold up in the mountains, especially at nights

ATM's - Visa ATM withdrawals are possible in many banks - for example, SGBC - which can be found in most major cities ATMs to the Mastercard/Maestro/Cirrus network are nonexistent Cash advances are NOT available as of December 2007

Food and eating in Cameroon

There are plenty of good restaurants:

Avoid drinking tap water, even in restaurants Bottled water can be found most anywhere at reasonable prices Expect to pay 400 cfa for 15l in the major cities, more in more remote areas

Cameroon is rich with choice when it comes to good beer due to its past as a German and later French colony Bottled Guinness can be found everywhere although in the heat, try one of the excellent lighter beers such as Castel, Beaufort, MÃ¼tzig, Isenbeck, Satzenbrau or 33 These are inexpensive and excellent in the heat Castel Milk Stout is an excellent choice for those who like darker beer Outside of the cities you will sometimes be hard pressed to find them chilled due to a lack of electricity

What do you think about Cameroon?

How expensive is Cameroon?