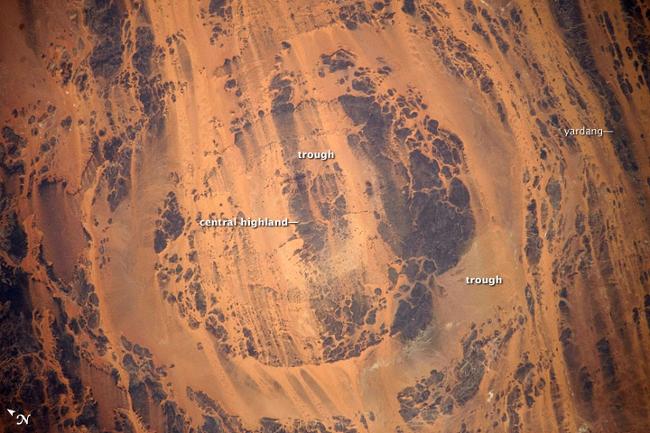 For more than 2000 years, the Chadian Basin has been inhabited by agricultural and sedentary peoples The region became a crossroads of civilizations The earliest of these were the legendary Sao, known from artifacts and oral histories The Sao fell to the Kanem Empire, the first and longest-lasting of the empires that developed in Chad's Sahelian strip by the end of the 1st millennium AD The power of Kanem and its successors was based on control of the trans-Saharan trade routes that passed through the region

French colonial expansion led to the creation of the Territoire Militaire des Pays et Protectorats du Tchad in 1900 By 1920, France had secured full control of the colony and incorporated it as part of French Equatorial Africa The French primarily viewed the colony as an unimportant source of untrained labour and raw cotton The colonial administration in Chad was critically understaffed and had to rely on the dregs of the French civil service

Fifteen thousand Chadian soldiers fought for Free France during WWII and after the war ended, France granted Chad the status of overseas territory and its inhabitants the right to elect representatives to both the French National Assembly, and to a Chadian assembly Chad was granted independence on August 11, 1960 with the PPT's leader, FranÃ§ois Tombalbaye, as its first president Two years later, Tombalbaye banned opposition parties and established a one-party system In 1965 Muslims began a civil war Tombalbaye was overthrown and killed in 1975, but the insurgency continued In 1979 the rebel factions conquered the capital, and all central authority in the country collapsed The disintegration of Chad caused the collapse of France's position in the country, and a civil war in which the Libyans unsuccessfully become involved

A semblance of peace was finally restored in 1990 The government eventually drafted a democratic constitution, and held flawed presidential elections in 1996 and 2001 In 1998, a rebellion broke out in northern Chad, which sporadically flares up despite several peace agreements between the government and the rebels In 2005 new rebel groups emerged in western Sudan and have made probing attacks into eastern Chad Power remains in the hands of an ethnic minority In June 2005, President Idriss Deby held a referendum successfully removing constitutional term limits In February 2008, an attempted coup rocked the capital

Each year a tropical weather system known as the intertropical front crosses Chad from south to north, bringing a wet season that lasts from May to October in the south, and from June to September in the Sahel

The dominant physical structure is a wide basin bounded to the north, east and south by mountain ranges such as the Ennedi Plateau in the north-east Lake Chad, after which the country is named, is the remains of an immense lake that occupied 330,000 km2 of the Chadian Basin 7,000 years ago Although in the 21st century it covers only 17,806 km2, and its surface area is subject to heavy seasonal fluctuations, the lake is Africa's second largest wetland

The main languages of Chad are French and Arabic Few Chadians other than the educated and well-traveled speak literary Arabic, however; a dialect of Arabic known as "Chadian Arabic" is much more widely spoken and is the closest thing the country has to a trade language Chadian Arabic is significantly different from the standard Arabic of North Africa and the Middle East Literary Arabic speakers can typically understand Chadian Arabic but the reverse is not true There are over one hundred indigenous languages also spoken

There are no restrictions on bringing foreign currencies into Chad Although travel guides for Chad are hard to come by, some sources claim dollars in some places and the CFA franc and therefore also the Euro to which it is pegged are accepted

Food and eating in Chad

Meat dishes are very popular in Chad, and foreign travelers speak highly of the meat such as lamb Food is usually eaten without utensils, and hand sanitizer may be a good precaution Please note that Muslims find it offensive to eat with the left hand If eating with or being served by Muslims in Chad, be sure to eat with your right hand only

Years ago few hotels existed in Chad, but now N'Djamena hosts a myriad of affordable options

What do you think about Chad?

How expensive is Chad?