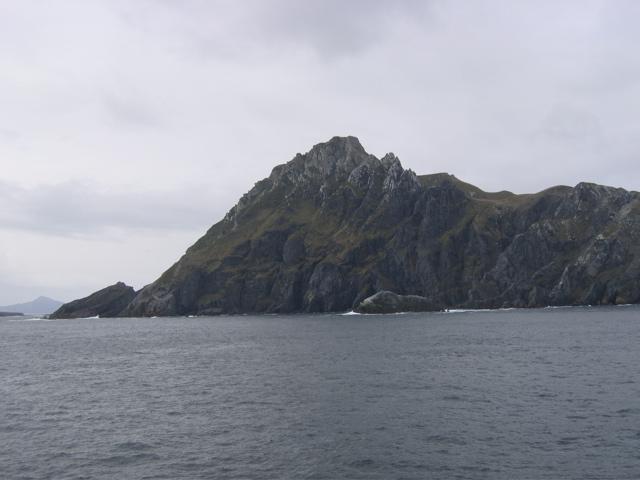 Prior to arrival of the Spanish in the 16th century, northern Chile was under Inca rule while the indigenous Araucanians inhabited central and southern Chile Although Chile declared independence in 1810, decisive victory over the Spanish was not achieved until 1818 In the War of the Pacific 1879â83, Chile defeated Peru and Bolivia and won its present northern regions It was not until the 1880s that the Araucanians were completely subjugated Although relatively free of the coups and arbitrary governments that blighted South America, Chile endured the 17-year military dictatorship of Augusto Pinochet 1973â1990 that left more than 3,000 people, mostly leftists and socialist sympathizers, dead or disappeared

Pinochet was widely reviled worldwide for his methods and legacy, but no clearly left-wing Chilean administrations came into power even after he stepped down after a free democratic election , nor after his death This means that present-day Chile still harbors an overall free-market economic bent and its accompanying political tilt Despite enjoying a comparatively higher GDP and more robust economy compared to most other countries of Latin America, Chile currently has one of the most uneven distributions of wealth in the world, ahead only of Brazil in the Latin American region and even lagging behind most developing sub-Saharan African nations Chile's top 10 richest percentile possesses almost one-half 47 percent of the country's total wealth In relation to income distribution, some 62% of the country populates the upper economic income bracket, 15% the middle bracket, 21% the lower middle, 38% the lower bracket, and 20% the extreme poor

Chile is a founding member of both the United Nations and the Union of South American Nations and is also now in the OECD, the group of the "most developed" countries by current international standards, becoming the first country in South America with that honor

Argentina's and Chile's claims to Antarctica overlap Chile also voices a claim to a 125 million square kliometre portion of Antarctica, but given the terms of the Antarctic Treaty, no country's territorial claims to Antartica are ever recognised or permitted to be exercised at any time

Chile's unusual, ribbon-like shape â 4,300 kilometres long and on average 175 kilometres wide â has given it a varied climate, ranging from the world's driest desertâthe Atacamaâin the north, through a Mediterranean climate in the centre, to a rainy temperate climate in the south The northern desert contains great mineral wealth, principally copper

Spanish is the official language and English is widely understood in large cities Various indigenous languages are spoken in Chile like Mapudungun, Quechua and Rapa Nui

There are no restrictions on bringing foreign currencies into Chad Although travel guides for Chad are hard to come by, some sources claim dollars in some places and the CFA franc and therefore also the Euro to which it is pegged are accepted

Food and eating in Chile

Besides typical foods, you should expect food normally found in any Western country The normal diet includes rice, potatoes, meat and bread Vegetables are abundant in central Chile If you are concerned about the portions, consider that the size of the dish increases the farther south you travel

With such an enormous coastline, you can expect fish and seafood almost everywhere Locals used to eat bundles of raw shellfish, but visitors should be cautious of raw shellfish because of frequent outbreaks of red tides Chile is the world's second largest producer of salmon, as well as a number of other farmed sea products, which include oysters, scallops, mussels, trout and turbot Local fish include corvina sea bass, congrioconger eel, lenguado flounder, albacora swordfish, and yellow fin tuna

A common combination is meat with avocado and/or mayonnaise, eg Ave palta mayo chicken with avocado and mayonnaise or Churrasco palta thinly-sliced beefsteak with avocado The strong presence for avocado is a Chilean standard for sandwiches that influences the fast food franchises to include it in their menus

Central Chile is a major tempered fruit producer, you can easily get fruit for dessert, including apples, oranges, peaches, grapes, watermelons, strawberries, raspberries, chirimoyas, and several other varieties

Temperate fruit is of very high quality and prices are usually much lower than in most of the US and Western Europe, while tropical fruit is rather rare and expensive, except for bananas

Unlike other latin-american countries, in Chile it's illegal to drink in unlicensed, public areas streets, parks, etc The laws also restrict vendor hours depending on the weekday in no case after 3 AM or before 9 AM

Chile has many types of hotels in the cities: some of the most prevalent chains are Sheraton, Kempinsky, Ritz, Marriott, Hyatt, and Holiday Inn Several hostels and little hotels of varying quality wait to be discovered On the backpacker trail, a local hostel version can be found in every small city residencial There is also a variety of accommodations in the mountain ski centers,such as the world-class resort Portillo, 80 km 49 mi north of Santiago; "Valle Nevado" in the mountains approximately 35 km 22 mi away from Santiago, and the "Termas de Chillan" ski resort and hot springs, which lies about 450 km 280 mi south of Santiago

Foreigners need to apply for a work visa before arriving it can be done after, but it is a lot harder to get one Temporary permits are issued to spouses and people with a contract Under-the-table jobs are normally not well paid, lack the mandatory health insurance and retirement plans, and are a reason to get deported

What do you think about Chile?

How expensive is Chile?
(1 CLP = 0 USD)
TripAround.org, your travel companion