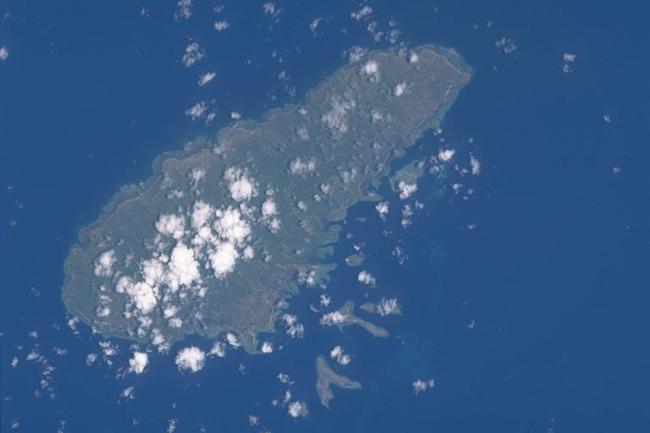 Comoros has endured 20 coups or attempted coups since gaining independence from France in 1975 In 1997, the islands of Anjouan and Moheli declared independence from Comoros In 1999, military chief Col Azali seized power He pledged to resolve the secessionist crisis through a confederal arrangement named the 2000 Fomboni Accord In December 2001, voters approved a new constitution and presidential elections took place in the spring of 2002 Each island in the archipelago elected its own president and a new union president took office in May 2002

One of the world's poorest countries, Comoros is made up of three islands that have inadequate transportation links, a young and rapidly increasing population, and few natural resources

Tropical marine; rainy and hot season November to May

The official languages are French and Arabic Most Comorians speak their own language known as Shikomor Comorian, which is a set of Swahili dialects, as a first language and French as a second Some can also speak Arabic

Note that any series of words with habari in it requires a response of salaama Shikomor has various extensions of the habari greeting to indicate time of day, such as habarizaho or habarizasobwuhi

What to see in Comoros

Handicrafts are not usually of good quality, though women of Mayotte as well as a few women in Grand Comore make quality baskets One can buy CD's burned, colorful cloths that women wear 500 KmF for a numbawani and 750 KmF for a finer shawl, beautiful scarves 2,000 KmF, and other imports

Most handicrafts and tourist curios for sale at Volo Volo market in Moroni are made in Madagascar, and sold by Malagasy expatriates in the market Local crafts are hard to find, but some are available at CNAC in Itsandra Unique Comorian gifts can be found in other parts of Volo Volo market Consider locally grown spices and essential oils, homemade lamps and vegetable peelers, or products made from coconuts

Do not buy shells from vendors on the beach

Because the Comoros are isolated islands, prices tend to be more expensive than the rest of East Africa The cheapest hotels or bungalows in Moroni the most expensive lodging region of the Comoros may cost â¬20 or as little as 10 if you bargain hard On the other hand, Hotel Moroni may cost hundreds Imported goods are cheaper on Grand Comore than Moheli, but fruits and vegetables are cheaper, if less available, on Moheli Meals in a brochetterie cheap restaurant that serves fried meat and bananas, manioc, taro, or breadfruit may cost up to 1500 KmF 3 euros on Grand Comore and as little as 250 50 euro on Moheli Cakes sweet bread sold by women on the street generally cost around 50-100 KmF each One could get by on around 6,000-10,000 KmF 12-20 euros per day for food and lodging

Food and eating in Comoros

Visitors are advised not to eat any of the local food unless it has been cooked through One speciality available on the island is the jackfruit, a large, green fruit about 15 - 2 feet in length with a taste resembling lychee

European restaurants will serve alcohol, too

In a pinch, you can probably find a friendly local who will welcome you into their home for the night Ask if they prefer you to pay them for food and/or lodging Sometimes people are welcoming you as an honored guest and it would be odd to pay

The third poorest country in the world, workers can expect to earn around $1 - 15 a day for basic employment

What do you think about Comoros?

How expensive is Comoros?
(1 KMF = 0 USD)
TripAround.org, your travel companion