Holidays in Congo, Democratic Republic of the 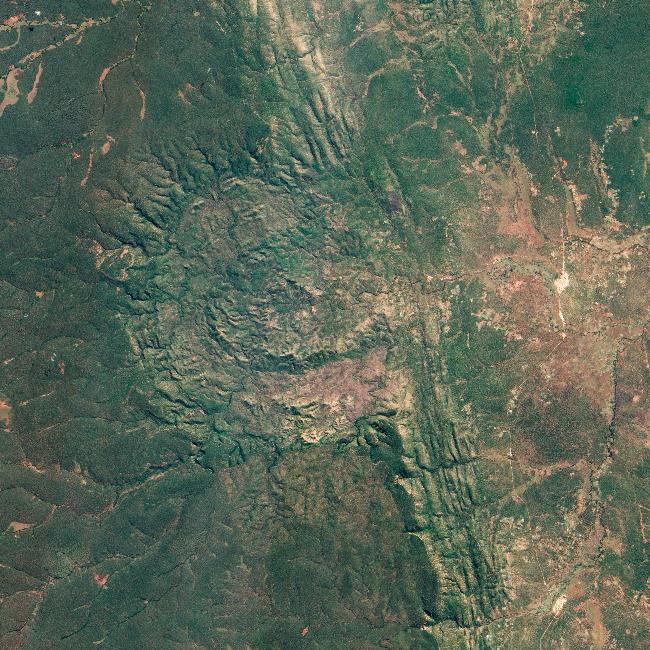 Understanding Congo, Democratic Republic of the

The Democratic Republic of the Congo formerly known as Zaire is no longer considered risky at this time, however tourism is not recommended at this time The country has had a tumultuous recent history Congolese politics have been dominated by the civil war in neighbouring Rwanda, with the influx of refugees from that conflict adding to the factional disputes following Mobutu's overthrow Active civil war has been taking place on Congolese territory since approximately 1998 Joseph Kabila has established a government of national unity; however, bitter divisions still exist nationwide, and the situation is unstable at this time

This country is truly vast At 2,345,408 square kilometres 905,567 sq mi, it is larger than the combined areas of Spain, France, Germany, Sweden, and Norway

Kabila immediately assumed governing authority, but his regime was subsequently challenged by a Rwanda- and Uganda-backed rebellion in August 1998 Troops from Zimbabwe, Angola, Namibia, Chad, and Sudan intervened to support the Kinshasa regime A cease-fire was signed on 10 July 1999 by the DROC, Zimbabwe, Angola, Uganda, Namibia, Rwanda, and Congolese armed rebel groups, but sporadic fighting continued

Kabila was assassinated in January 2001 and was succeeded by his son Joseph Kabila In October 2002, the new president was successful in getting occupying Rwandan forces to withdraw from eastern Congo; two months later, an agreement was signed by all remaining warring parties to end the fighting and set up a government of national unity

The country straddles the Equator, with one-third to the North and two-thirds to the South As a result of this equatorial location, the Congo experiences large amounts of precipitation and has the highest frequency of thunderstorms in the world The annual rainfall can total upwards of 80 inches 2,032 mm in some places, and the area sustains the second largest rain forest in the world after that of the Amazon This massive expanse of lush jungle covers most of the vast, low-lying central basin of the river, which slopes toward the Atlantic Ocean in the West This area is surrounded by plateaus merging into savannas in the south and southwest, by mountainous terraces in the west, and dense grasslands extending beyond the Congo River in the north High, glaciated mountains are found in the extreme eastern region

Talking in Congo, Democratic Republic of the

French is the lingua franca of the country and nearly everyone has a basic to moderate understanding of French In Kinshasa and much of the Western DRC, nearly everyone is fluent in French with Kinshasa being the second or third largest French-speaking city in the world depending on your source, although locals may be heard speaking Lingala amongst themselves Much of the eastern and southern half speaks Swahili or related languages The rest of the country speaks either Kikongo, Lingala, Tshiluba, or a smaller tribal language

What to see in Congo, Democratic Republic of the

The "Academie des Beaux-Arts" is often considered a touristic site and is in itself and with its gallery a good place to meet the famous artists of this country Big names like Alfred Liyolo, Lema Kusa oder Roger Botembe are teaching here as well as the only purely abstract working artist Henri Kalama Akulez, whose private studio is worth a visit

What to do in Congo, Democratic Republic of the

Congo is the centre of popular African music The rhythms are irresistible, once you get the feel for it Try visiting a local bar or disco, in Bandal or Matonge both in Kinshasa, if possible with live soukouss music, and just hit the dance floor!

Buying stuff in Congo, Democratic Republic of the

US dollars in denominations above $2 are much preferred to francs In contrast, US coins and $1 and $2 US notes are considered worthless Note that if you pay in dollars, you will get change in francs Though francs may sometimes come in bills so old they feel like fabric, US notes must be crisp less than 3 folds and bwe printed in or after 2003, or they will not be accepted

There are some supermarkets in Gombe commune of Kinshasa that sell food and drinks, soap, kitchen devices and bazar: City Market, Peloustore, Kin Mart, Hasson's

SIM cards and prepaid recharge for mobile phones are available in the street and at Ndjili airport, at a reasonable price

Mastercard/Maestro ATMs are available now in Kinshasa at the "Rawbank" on boulevard du 30 Juin Gombe District, and in Grand Hotel It spits out USD$ Visa card are also usable with "Procredit" bank ATMs in Kinshasa, avenue des Aviateurs, or outside in front of Grand Hotel only $20 and $100 notes

Food and eating in Congo, Democratic Republic of the

Drinking in Congo, Democratic Republic of the

European restaurants will serve alcohol, too

Accommodation in Congo, Democratic Republic of the

There are more and more hotels in Kinshasa, with smaller hotels available in Gombe and Ngaliema area

Cities in Congo, Democratic Republic of the

What do you think about Congo, Democratic Republic of the?

TripAround members from Congo, Democratic Republic of the

Accommodation in Congo, Democratic Republic of the