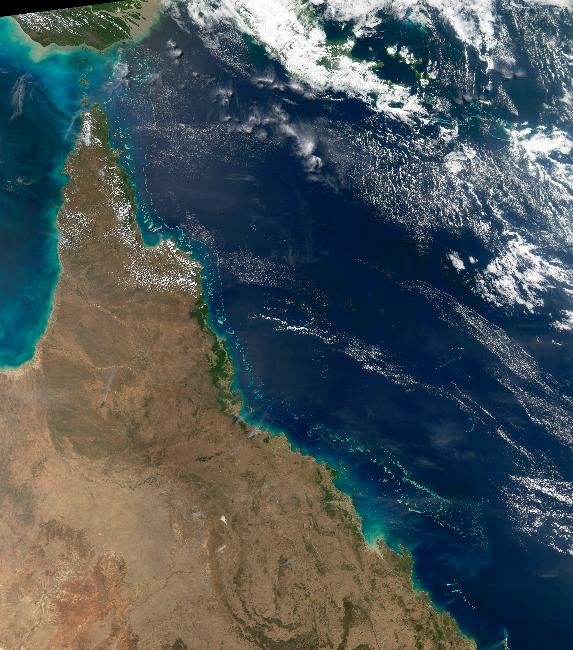 Scattered over some 1 million square kilometers of ocean, the Coral Sea Islands were declared a territory of Australia in 1969 They are uninhabited except for a small meteorological staff on Willis Island Automated weather stations, beacons, and a lighthouse occupy many other islands and reefs These tropical sand and coral reefs and islands are an important nesting area for birds and turtles

There are no airports in the Coral Sea Islands

There are no harbors in the Coral Sea Islands

Languages: There are five living languages in the Cook Islands with English and Cook Islands Maori the official languages Cook Islands Maori is called Rarotongan after the capital island and is the most widely spoken version of Maori in the Islands Others are Penrhynese - unique to the Northern group island of Penrhyn and rapidly disappearing - and Rakahanga-Manihiki which is spoken by about 2,500 Cook Islanders only half of whom live on the two islands from which it takes its name On the remote Northern group island of Pukapuka, the islanders have a unique language of their own called Pukapukan of which there is no written version It is more like Samoan, and some of it can't even be understood by other Cook Islanders But even there, English is spoken, albeit not widely Children, though, are taught it in school

At the very least, the visitor will quickly learn the usual greeting, "kia orana" which means "may you live long"

What to see in Coral Sea Islands

There is no economic activity in the Coral Sea Islands

There are no public accommodations in the Coral Sea Islands

Non-residents, even New Zealanders, require work permits The Cook Islands has a problem with people of working age leaving the islands Jobs are generally available in the tourism and hospitality sector

There is also a possibility of volunteer work, in education and care

What do you think about Coral Sea Islands?