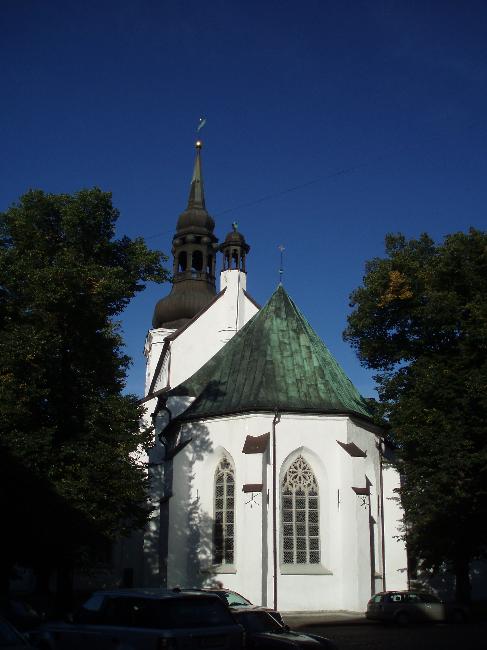 Estonia is a Baltic gem offering visitors the chance to see an ex-Soviet occupied country that is now proudly part of the European Union Traces of the Soviet era are still there to be seen — eg Paldiski, a deserted Soviet army base that was once off-limits to Estonians themselves, can easily be visited on a day trip from the capital, Tallinn Tallinn's medieval old town was built by the Germans in Middle Ages and is in magnificent condition, with the medieval city walls and towers almost completely intact and it rates as one of Europe's best medieval old towns Glorious beaches pepper the extensive coastline, although the swimming season is short After all, the Baltics are not renowned for warm weather - something that any visitor to Estonia must be aware of — the summer is short and the winter is severe

After 7 centuries of German, Danish, Swedish, Polish and Russian rule, Estonia attained independence in 1918 Incorporated into the USSR in 1940, it re-gained independence in 1991 through its Singing Revolution 2, a non-violent revolution that overthrew an initially violent occupation Since the last Russian troops left in 1994, Estonia moved to promote economic and political ties with Western Europe It is now one of the more-prosperous former Communist states, enjoying a high-tech environment, an open and liberal economy and a transparent government system On the other hand, it is faced with a fairly low but growing GDP per capita in a European Union context, as well as a very low birth rate, which is creating a population decline

Since accession to the EU, Estonia is becoming one of the most popular destinations in North-Eastern Europe with EU highest 30% growth in the number of visitors in 2004, according to Eurostat

Climate
maritime, wet, moderate winters, cool summers
Terrain
marshy, lowlands; flat in the north, hilly in the south
Elevation extremes
lowest point: Baltic Sea 0 m
highest point: Suur MunamÃ¤gi 318 m in the south east of Estonia, 20km north of the main highway that runs from Riga to Russia close to the borders of Estonia with both countries
Geography - note
the mainland terrain is flat, boggy, and partly wooded; offshore lie more than 1,500 islands and islets
Nature
World War II and the subsequent occupation were devastating on humans, but the destruction and the closure of large areas for military use actually increased Estonia's forest coverage from about 25% before the war to more than 50% by 1991 Wolves, bears, lynx, elks, deers as well as some rare bird and plant species are abundant in Estonia The wild animals from Estonia are exported to some EU countries for forest repopulation programmes Most animals can be hunted - according to yearly quotas

The official language is Estonian which is linguistically very closely related to Finnish At the same time many in urban areas especially younger people speak English well According to the Eurobarometer poll of 2005, 66% of Estonians can speak some Russian This does not include native-language speakers Thanks to heavy tourism and TV broadcasts from the other side of the gulf, Finnish is also spoken quite well by many people in Tallinn, the capital German is taught at school in Estonia and a large number of people can speak some 22% according to Eurobarometer

There is a large Slavic minority, particularly Russian and Ukrainians some 25%

What to see in Estonia

The main reason most people first come to Estonia is to see the best protected and intact medieval city in Europe - Tallinn The unique value of Tallinn's Old Town lies first and foremost in the well-preserved intact nature of its medieval milieu and structure, which has been lost in most of the capitals of northern Europe Since 1997, the Old Town of Tallinn has been on UNESCO's World Heritage list

Living under the rule of Scandinavian kings, Russian empire and Teutonic Knights has left Estonia with unique and rich blend of historic landmarks Over one thousand manors were built across Estonia from the 13th century onwards Some of the manors have perished or fallen into ruins but a lot have been reconstructed and now are favourite attractions with tourists Nowadays there are about 200 manor houses 20 under state protection as architectural monuments and 100 in active use

The largest island is Saaremaa with an intact and well-restored medieval castle in its only city, Kuressaare Stone fences, thatched roofs, working windmills and home made beer are all distinctive to Saaremaa Hiiumaa on the other hand is well known for its lighthouses, unspoilt nature, Hill of crosses and the sense of humour of its inhabitants Both islands have an airport so they can be quickly reached from Tallinn

Other important islands include Kihnu, Ruhnu with its "singing sand" beach, Muhu and Vormsi, each with its own unique characteristics Most of the other tiny Estonian islands don't carry much cultural significance but can be appealing for bird watching, canoeing, sailing or fishing etc

In July and August PÃ¤rnu, Estonia's summer capital, is the main attraction The coastline itself has loads of untouched beaches and a tour from Narva-JÃµesuu in the East towards Tallinn is great for exploring the coastline Some of the well known places include Toila, VÃµsu, KÃ¤smu and Kaberneeme

What to do in Estonia

The local currency is the Estonian kroon, EEK One kroon is divided into 100 sent Since 1992, the kroon has been fixed first to the German mark, and now to the Euro at a rate of 156466 eek to 1â¬

Estonia will adopt the Euro in 2011

It is no secret that in most post-soviet countries consumer prices are considerably lower than in Western Europe, in part due to lower taxes This has been one of the main driving forces behind the inflow of the Nordic guests to Estonia through the 1990s, but prices are rising steadily and surely In heavily touristed districts say, Tallinn's Old Town prices are already equivalent to Scandinavia

Food and eating in Estonia

Estonian food draws heavily from German and Scandinavian cuisine The closest thing to a national dish is verivorst, black pudding, served with mulgikapsad, which is basically sauerkraut stew

Many types of food are close to Russian and have their equivalents almost exclusively in former USSR, such as hapukoor, smetana in Russian, a sour 20%-fat milk dressing for salads, especially "kartulisalat" or "potato salad"

As Estonia used to be a food mass-production powerhouse in the times of USSR, some of its foods, unknown to Westerners, are still well-recognized in the lands of the CIS

For those with a sweet tooth, the national chocolate manufacturer is "Kalev", with many specialist stores around the country as well as supermarkets retailing the product

The more adventurous may want to try "kohuke", a flavoured milk-curd sweet covered with chocolate and available at every supermarket

Like their neighbours the Finns and the Russians, the Estonians know their alcohol Favorite tipples include the local beer Saku 24 or A Le Coq 25, the local vodka Viru Valge Vironian White 26 and the surprisingly smooth and tasty rum-like herbal liquor Vana Tallinn Old Tallinn 27, famous in the countries of former USSR

A local soft drink is "Kali" the Estonian equivalent of "kvass", made from fermented brown bread It can be described as an acquired taste

Many locals also swear by "keefir", a fermented milk concoction

Number of hotels has exploded from few to tens and hundreds after Estonia restored independence In 2004 Tallinn achieved first place among the Baltic Sea cities in the number of overnight stays in hotels, though still behind Stockholm and Helsinki in the number of total overnight stays A list of bigger hotels as well as some restaurants and nightclubs could be found at Estonian Hotel and Restaurant Association 28

As Soviet collective farms were disbanded many farmers switched to running "turismitalu" or tourism farms which are inexpensive and indispensable places for spending holidays in the nature, usually in former farm house Site on Estonian Rural Tourism 29 provides information on the tourism farms in Estonia Hostels are a another popular option for budget-sensitive travellers, see website of the Estonian Youth Hostel Association 30

No obstacles exist to citizens of EU countries to come to invest and work in Estonia Citizens of developed non-EU countries are exempt from short-term tourist visas Swedes and Finns have by far the largest working community of post-Soviet foreigners in Estonia Estonia may have had rocketlike growth in recent years, but only from a very low base as a former Soviet republic, and average local monthly salary 4th quarter 2007 is around 800 EUR

Education is highly valued in Estonia because as a small nation with no exceptional natural resources, they believe that the only way to be competitive is to absorb knowledge There are so many highly educated people in Estonia that it is a problem in the labour market - there aren't enough workers for jobs that requiring minimal education

Considerable investments and some workers are constantly coming from CIS countries, though significant legal restrictions are imposed

What do you think about Estonia?

How expensive is Estonia?
(1 EUR = 0 USD)
TripAround.org, your travel companion