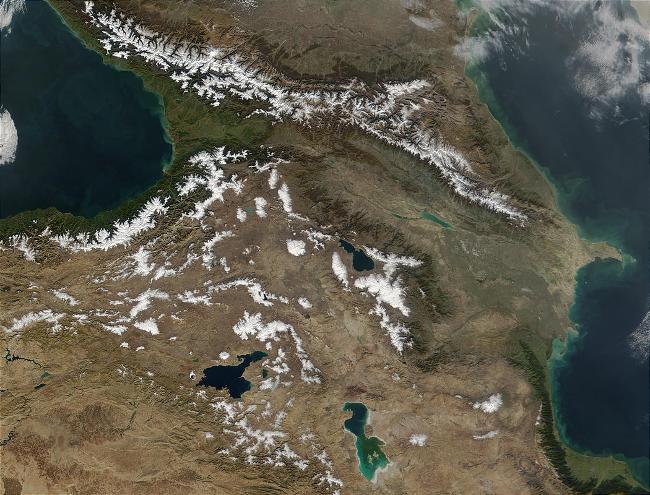 Positioned between Israel and Egypt, Gaza isn't quite the pure hellhole you might expect given TV coverage, although this birthplace of the intifada and one of the most overpopulated bits on the planet isn't exactly paradise on earth, either It does have reasonably modern infrastructure and architecture despite its troubles, but a UN report as early as 1952 stated that the Strip was too small to support its population of 300,000, and now, there are now well over one million inhabitants and the latest figures from the Palestinian Authority put unemployment amongst those at a whopping 79% Most inhabitants are descendants of Palestinian refugees who fled the 1948 war but were denied entry into Egypt proper

Gaza has been around for a while: the earliest known reference is an inscription in the Temple of Amun at Karnak, Egypt, dated 1500 BC, which states that the town of Gaza is 'flourishing' And for a long time it did: a staging post on trade routes connecting Asia and Persia with Arabia, Egypt and Africa, even the name means "treasure" in Arabic Alexander the Great laid siege to the town in 332 BC, executing 10,000 defenders after being held off for two months Later, the town was held by the Romans, the Crusaders, the Mamluks, the Ottomans and briefly even by the French in 1799, when Napoleon Bonaparte set up camp on his way to defeat in Egypt The Turks took it back, then lost it to the British in World War I The Egyptian army grabbed it during the 1948 war that led to Israel's independence, opening camps for Palestinian refugees - and the current situation began when Israel occupied the Strip in 1967

Spurred by the violence of the 1987-1993 Intifada "Uprising", Israel and the Palestine Liberation Organization signed a "Declaration of Principles on Interim Self-Government Arrangements" in 1993, under which the Palestinian Authority PA was created to govern the Gaza Strip and the West Bank for a transitional period "not exceeding five years" as a step towards full independence Parts of the territories were indeed handed over the PA between 1994 and 1999, but the peace plans were derailed by the second intifada that broke out in September 2000, unleashing another spiral of violence

Israel unilaterally disengaged from Gaza in 2005, evacuating three Jewish settlements and withdrawing its troops from the territory It did however retain control of the airspace and the coastline in addition to the fact the entire region is circled by a large armed security fence The Islamist Hamas won elections in 2006 and violently kicked out the remnants of the Palestinian Authority in 2007 Under Hamas rule, the rain of Qassam rocket fire from Gaza into southern Israel increased, and Israel responded by locking down the borders down tighter than ever and conducting raids against suspected militants From December 2008 to January 2009, Israel launched a massive coordinated air, naval, and land offensive As of January 2009, the Israelis have disengaged and Hamas remains in tenuous control, but the future remains unclear

The Gaza Strip is a narrow, 40-km long slice of land between the Mediterranean to the west and the Negev desert to the east Egypt lies to the south, the north and east border Israel The urban sprawl of Gaza City, mostly stretching along and around the 3-km long Omar al-Mukhtar Street, covers much of the north The other main towns of Khan Yunis and Rafah are near the southern border, with most of the rest covered with agricultural land

A bit of terminology disentanglement: Gaza Strip refers to the entire 40-by-6 kilometer patch of territory Gaza City refers to the town itself, in the northern part of the strip, but due to huge population growth the City now sprawls into many of the surrounding villages and it's a tough task to say what is a part of the City and what isn't Both city and strip are pretty much interchangeably referred to as Gaza and this guide will follow suit

The standard language is Arabic Hebrew is also understood to some extent, but English is a safer option

What to see in Georgia

What to do in Georgia

Despite the intense conflict and rhetoric, Gazans use the Israeli shekel But bring some boxes of cigarettes into the Strip and everyone will be your friend However, please note the policemen at the Hamas checkpoint into Gaza are now opening all bags and disposing of any alcohol since early 2009 Do not bring alcohol into Gaza, it could land you into serious trouble and it is always good to respect local Islamic customs

Food and eating in Georgia

Usual Arabic cheap eats are available anywhere Head to the posh suburb of Rimal for fancier food; the restaurant in the Windmill Hotel is nice Also keep in mind that if you wish to bring in any food, you should first check which foods are and are not acceptable under Islam If you are caught with forbidden food, it may lead to trouble with the authorities or the local population Finally, it is not unheard of to be invited over for dinner

Due to increasingly strong Hamas influences alcohol is no longer available Alcohol is forbidden in Islam, and Hamas, as a conservative Islamic group will prohibit it The last place for a visitor to drink was the UN Club However, the Club was bombed by unknown attackers on New Years' Eve 2006 If you do manage to find some booze, however, you should not attempt to go out under the influence; you may land in a very bad situation indeed If you are caught with booze on your person by Hamas authorities, it will probably be confiscated, and you may be detained

There are several hotels in Gaza However, it is also possible to stay with locals who might even invite you over for a night

Realistically, if you are not either an aid worker, journalist or diplomat, there is no work for you in Gaza There are a number of NGOs offering internships, however, such as the Al-Dameer Association for Human Rights in Gaza, the Palestinian Center For Human Rights and others

What do you think about Georgia?

How expensive is Georgia?
(1 GEL = 0 USD)
TripAround.org, your travel companion