Holidays in Isle of Man 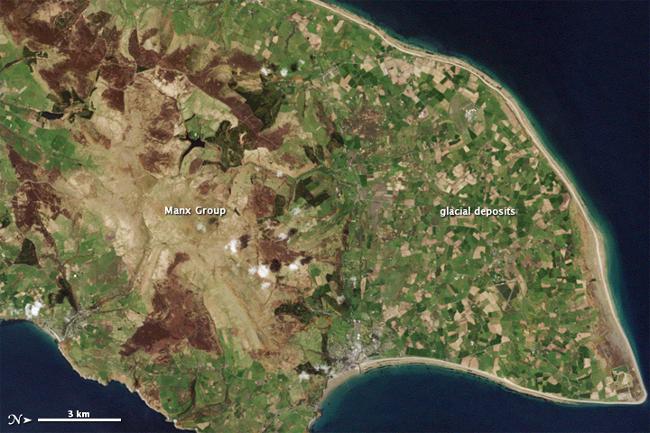 Temperate; cool summers and mild winters; overcast about one-third of the time The Island typically enjoys 'British' weather tempered by the effects of the Gulf Stream that runs through the surrounding Irish Sea Exposure to sea breezes keeps average summer temperatures in the early to mid twenties centigrade, while winters tend to hover around 9 degrees and snow sometimes strikes in late February/ early March The thick sea fog that occasionally smothers the island's lowland areas is known locally as Manannan's Cloak, a reference to the Island's ancient Sea God swathing his kingdom in mist to protect it from unwanted visitors

A plain in the far north, with hills in north and south bisected by central valley One small islet, the Calf of Man, lies to the southwest, and is a bird sanctuary The highest point is Snaefell, at 621 meters above sea level

The Isle of Man was part of the Norwegian Kingdom of the Hebrides until the 13th century when it was ceded to Scotland The Duke of Atholl sold the sovereignty of the isle to the British crown in 1765, henceforth the British monarch has also held the title "Lord of Mann" Current concerns include reviving the almost extinct Manx Celtic language

Talking in Isle of Man

English is the first language of all but a very small number of native speakers of Manx Gaelic All children on the Isle of Man have the option to study Manx at school, and there have been efforts to revive the language It is a descendant of Old Irish, along with Irish Gaelic and Scottish Gaelic One of the most striking elements of the language is many consonant mutations can occur, eg, Doolish the Manx name for Douglas, can easily become Ghoolish

What to see in Isle of Man

What to do in Isle of Man

Buying stuff in Isle of Man

Many UK chain stores are represented in the Island mainly in the capital, Douglas; for example, Boots, WH Smith, Waterstone's, Marks and Spencer, Next, B&Q The island has its own supermarket chain, Shoprite, with branches in Peel, Douglas, Ramsey, Castletown and Port Erin UK-based supermarkets such as Tesco also have branches There is a small 'lifestyle' shopping centre at Tynwald Mills near St John's, with a number of outlets selling upmarket clothing, furnishings and gifts

Food and eating in Isle of Man

A local speciality worth trying is chips, cheese and gravy, similar to the Canadian dish poutine

Drinking in Isle of Man

The Isle of Man has two breweries, Okells and Bushy's The Isle of Man has a beer purity law that permits no ingredients in beer other than water, yeast, hops and malt Accordingly, a well-kept pint of Manx beer is worth seeking out

Wine is quite reasonably priced and readily available in food stores

Accommodation in Isle of Man

The majority of hotels are located in Douglas, including the traditional seafront hotels on the Douglas Promenade Standards can be variable - some are rather dated and in need of refurbishment More luxurious hotels up to four stars are also available

Working in Isle of Man

The Isle of Man has very low unemployment, largely because of the financial sector Seasonal work in the tourism industry is available, but note that a Work Permit is required to work on the island including persons from the UK obtainable from the Isle of Man Government 6

Cities in Isle of Man

What do you think about Isle of Man?

TripAround members from Isle of Man

Accommodation in Isle of Man