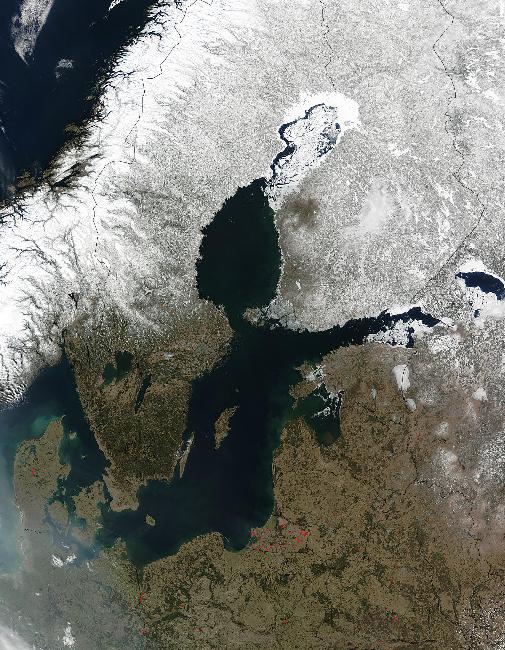 Across the European continent, Latviaâs coast was known as a place for obtaining amber In the Middle Ages amber was more valuable than gold in many places Latvian amber was known in places as far away as Ancient Greece and the Roman Empire

At the 12th century, German traders arrived, bringing with them missionaries who attempted to convert the pagan Finno-Ugric and Baltic tribes to the Christian faith

The Germans founded RÄ«ga in 1201, establishing it as the largest and most powerful city on the eastern coast of the Baltic Sea

After independence in 1918, Latvia achieved considerable results in social development, economy, industry and agriculture It has always been a multicultural melting point, where foreigners and locals worked together and brought prosperity to the country

On June 16, 1940, Vyacheslav Molotov presented the Latvian representative in Moscow with an ultimatum accusing Latvia of violations of that pact, and on June 17 Soviet forces occupied the country Elections for a "People's Saeima" were held, and a puppet government headed by Augusts KirhenÅ¡teins led Latvia into the USSR The annexation was formalized on August 5, 1940

During the time of the Iron Curtain, Latvia was a province of the Soviet Union, but the concentration of heavy industry was enormous Contacts with the West were regulated The Baltic region had the reputation of being the most urbanized and having the highest literacy rate in the Soviet Union

Latvia gained independence on September 6, 1991 Between 1991 and 2007 the country saw unprecedented economic growth However currently, due to the financial crisis 08-09, it is one of the worst performing economies in Europe Latvia joined the European Union in 2004

Because of a tribal past and divisions between occupying nations, there are regional differences between parts of Latvia which are interesting to explore

The best time to travel to Latvia is from June to mid September, when it is warm and plenty of local food is available January and February are the coldest months October and November have autumn rains and daylight is short

Half of Latvia is covered with forests which are rich with wildlife There are many lakes, especially if you go to Latgale region There are deep river valleys with some sections having sand cliffs on their banks Heavy industry halted a long time ago, so most places are ecologically clean

The highest point in Latvia is Gaizinkalns 2, at 312m 1,023ft above sea level, just west of the town of Madona

Latvian' LatvieÅ¡u valoda is the only official language and it belongs to the Eastern Baltic sub-group of the Baltic language group in the Indo-European language family Besides Latvian, Russian is spoken fluently by most of the people 70% of people speak it as a second language according to the Eurobarometer poll of 2005, since Latvia was part of the Soviet Union It is also possible to get by with English, especially in Riga

What to do in Latvia

As rivers get more water from melting snow, kayaking down the river is one of the favorite past times for young people It usually gets warmer after Easter

Latvia has one of the longest sand beaches in Europe In July and August the water is warm enough to swim comfortably The sea has a very slow slope As a best natural beach is listed the coast southways form Liepaja Because it is a coast of open sea not a gulf with cleaner water, brighter sand, and not too many peapole, because its not close to massive population With stabile air temperature 30Â°C, water temperature is about 20Â°C which is very refreshing when You take an intensive sunbath You don't practicaly need to wash Your self after beach, becouse salt level is pleasently low

There are many interesting and old castles around Latvia Association of Latvian Castles, Palaces and Manors 37 has links and photos on their website Note that sometimes castles are reserved for private occasions

It is popular to go for a stroll in the autumn to watch the different shades of colour, when the trees turn red and yellow Popular places for such activities are Sigulda and Vidzemes Augstiene

Speciality shops are open mostly from 8 AM to 6 PM on weekdays, till 4 PM on Saturdays, closed on Sundays Groceries are open every day till 8 PM or longer Most supermarkets are open till 11 PM every day Convenience stores, such as Narvesen are mostly open 24/7

ATMs are widely available throughout Latvia including Riga International Airport, even in many small towns Tax free 40 stores have their signs clearly displayed

Before leaving Latvia, it is advisable to exchange Latvian lats back to your foreign currency, unless you want to keep them as a souvenir This isn't such a bad idea, since the Latvian Lat is one of world's most beautifully designed currencies, especially the many different types of 1 Lat coins and also the paper notes Keeping Lats would also be a good reason to visit Latvia again However, hurry up, since the Euro will be introduced in a couple of years

Food and eating in Latvia

This is the best thing that could happen to a traveler in Latvia - the food The world should learn about bread and milk products here Latvia is very rich in this aspect An average supermarket has a much greater selection of most food products than those in the rest of Europe Welcome to the country of real bread, milk products, ice cream, sweets loose sweets, made by Laima etc In the open air markets of Riga, Liepaja and other cities and towns, the local fruits, vegetables and mushrooms are a great option, such as freshly picked wild strawberries or blueberries from the forests, or some big strawberries, apples, rhubarb pie and a crunch made of fresh stalks straight from the garden This is, of course, available mainly in summer and autumn season

Latvian cuisine comes from its peasant culture, and is based on crops that grow in Latvia's maritime, temperate climate Rye, wheat, oat, peas, beets, and potatoes are the staples; smoked bacon, sausage, and other pork products are favourites, smoked and raw fish is common Many types of food are flavoured with caraway seeds, especially cheese and bread A cheese similar to smoked gouda, but softer, is the cheapest and, arguably, tastiest variety Latvian rye bread is heavy and flavourful, and goes well with hearty Latvian meals like pea soup, potatoes, and schnitzels Restaurants in larger cities often offer stews in clay pots

Latvian cuisine is typical of northern countries, especially close to Finland; it's high on butter, fat, and grains, low on spice except for caraway and black pepper If you are from the Mediterranean, you might find it bland, but if you come from England or the Midwestern US, you're not likely to have trouble getting used to it

Some specific food in this area:

Other mentionable food and dishes:

Beer, the most popular alcoholic beverage in Latvia, is excellent Beers, such as Aldaris, LÄ«vu, and SenÄu can be bought almost anywhere A special 'live beer' like UÅ¾avas can be found in selected pubs and restaurants Don't forget to try the locally distilled Black Balsam RÄ«gas Melnais Balzams It's a strong 45% infusion of various herbs, roots, and spices It will cure your flu in no time Add a few drops to flavor your tea, or a few spoons to lace your coffee, or in various cocktails By itself it can be a very strong beverage! Wine is also grown in Latvia in small quantities It is one of the most Northern places in the world where the wine can be successfully grown Vineyards can be seen in Sabile 42 in Latvian

Some possible places to have a sip:

It is common to tip 10% of the bill depending on the service you encountered Make sure you check the receipt, as some establishments automatically include a 10% tip in the bill

Although you might not find plenty of 5 star hotels all around Latvia, you will find comfortable places to stay for a reasonable price There are many hotels to choose from Prices start from 20 LVL outside of Riga and from 40 LVL in Riga

Network of youth hostels 45 is also developing Dormitory rooms come around 10 lats, single, double rooms start from 20 lats and above

Camping in parks is usually not allowed As regards the stealth camping- most of rural land is private, but camping there is always possible; common sense is to ask for a permission of the owner, which in most cases will be gladly granted However, if there's no such chance, but you decide to camp there nevertheless and are later asked to move, you have to Paying small money 1-2 lats helps in most such cases Overall, camping outdoors on privately owned land is widely understood, common and accepted, however staying in one place for more than two days, or really close to a home are not considered good manners Follow the common sense of stealth camping

Indicated free camp sites can be found in Latvia, especially in national parks, you can easily camp there Commercial campgrounds as small businesses are becoming more and more widespread

So called guest houses and country houses some on farms are arguably the best places to stay at in the countryside, and usually for much less money than hotels and better quality than hostels, due to very limited numbers of guests and more personal oriented and specialized service usually run by families These come with full ammenities and some follow the hotel star ratings These also provide many recreational activities- from the Latvian popular ancient "pirts" sauna to horse rides etc This is not only a good way to spend the night, but also an option to spend your holiday, however, usually, guest houses should be called up earlier than the day you plan to arrive, but this can vary depending on the place Guest houses can be found fairly frequent throughout the country and are usually listed on tourist booklets

Not impossible especially if you are an EU citizen, but you have to find a company which will be willing to pay a 35 LVL fee per month, work permit up to 170 LVL once and an additional fee for checking your documents of education 4720 LVL once Salary should not be less than 246 LVL per month

Job advertisements in Latvian daily newspapers like Diena Tuesday or Saturday edition, some of those ads are in English, German, Russian or French

What do you think about Latvia?

How expensive is Latvia?
(1 EUR = 0 USD)
TripAround.org, your travel companion