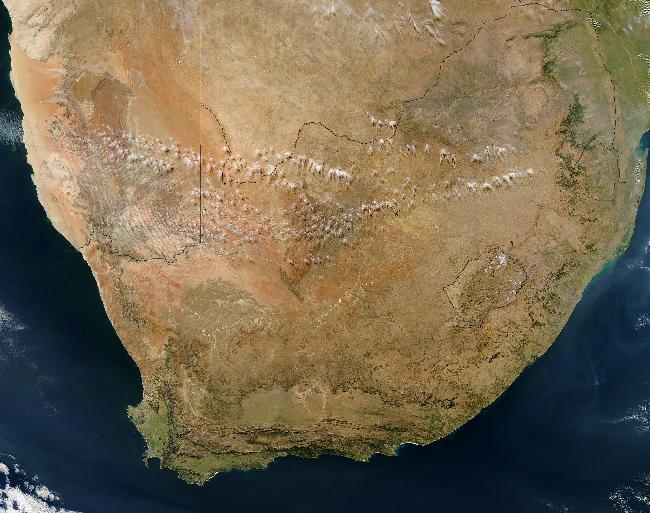 Originally the Sotho-Tswana people lived in what is now Free State in neighbouring South Africa They were a farming people, and when the Zulus started attacking villages and the Voortrekkers started encroaching on their land, they fled up into the Lesotho mountains Here, continuous attacks from the Zulus forced local tribes to join together for protection, and by 1824, King Moeshoeshoe had established himself as king and Thaba Bosiu as his mountain fortress

The Kingdom of Lesotho was formed through the pursuit of peace, and this peaceful nature still exists in the Basotho They are a friendly and welcoming people and do not have the aggressive history some of the peoples of neighbouring countries have People are especially grateful to Brits, and the older generation will come up to a Brit and tell them how much they thank them for saving them from apartheid!

Lesotho has 300 days of sunshine The rainy season extends from October to April in which Lesotho gets 70mm of rainfall, mostly during severe thunderstorms Extensive snow falls are possible in winter but may occur in any month on the high mountains Nightime temperatures go below freezing in winter May â September- and houses do not feature central heating, so bring a jacket

The official languages are Sesotho and English

Most people in the larger towns or tourist attractions speak English to a reasonable standard and a few words of Afrikaans; however, outside these areas, these languages will not be understood

What to see in Lesotho

What to do in Lesotho

Lesotho's currency, the Loti LSL plural Maloti, is fixed at a 1:1 ratio with the South African Rand ZAR South African currency is accepted everywhere â there is no need to change money However you will get Maloti in change unless you ask which is very difficult to unload in South Africa

There are ATMs at banks in most towns, although you will not find them elsewhere Most banks will change travellers cheques for you, but it can be a very, very lengthy process if they are in any other currency apart from ZAR Credit cards will be accepted in Shoprite and the main hotels, but not elsewhere Your cashcard from home may work in some Maseru cash machines FNB or Standard Bank but best to get cash out in South Africa beforehand

There are several Western style supermarkets in Maseru, which are good for stocking up on supplies in before heading elsewhere in the country

If you're after locally made goods and crafts, your best bet is to give Maseru a miss, and head to TY or Hlotse, where the markets are far better and cheaper You can buy traditional Basotho hats, sticks, rugs and various other curios

Food and eating in Lesotho

There are many Western style restaurants in Maseru For a more traditional meal, why not befriend some locals and see what they cook you?!

Lesotho hosts dozens of hotels, lodges and guesthouses A full list can be found of the Lesotho Tourism Development Corporations 6 The list below are the most tourism oriented and are pleasant places to stay Other accommodation tends to be more functional and are OK to rest overnight and have a simple meal, but are unlikely to offer good service, nor any recreational activities

What do you think about Lesotho?

How expensive is Lesotho?
(1 ZAR = 0 USD)
TripAround.org, your travel companion