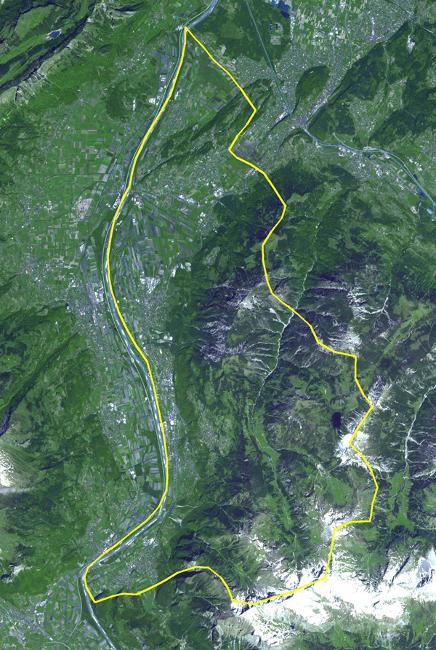 The Principality of Liechtenstein was established within the Holy Roman Empire in 1719 and became a sovereign state in 1806 Until the end of World War I, it was closely tied to Austria, but the economic devastation caused by that conflict forced Liechtenstein to conclude a customs and monetary union with Switzerland Since World War II in which Liechtenstein remained neutral the country's low taxes have spurred outstanding economic growth Shortcomings in banking regulatory oversight have resulted in concerns about the use of the financial institutions for money laundering and tax evasion However, the days of bringing suitcases of money into banks for deposit without questions asked is over Liechtensteiners are also very proud of the fact that their nation has never been physically involved in a battle or military confrontation with an "enemy state" and see their flag as a banner of peace

Despite its small size and limited natural resources, Liechtenstein has developed into a prosperous, highly industrialized, free-enterprise economy with a vital financial service sector and living standards on a par with the urban areas of its large European neighbors The Liechtenstein economy is widely diversified with a large number of small businesses Low business taxes - the maximum tax rate is 20% - and easy incorporation rules have induced a large number of holding or so-called letter box companies to establish nominal offices in Liechtenstein, providing 30% of state revenues The country participates in a customs union with Switzerland and uses the Swiss franc as its national currency It imports more than 90% of its energy requirements Liechtenstein has been a member of the European Economic Area an organization serving as a bridge between European Free Trade Association {EFTA} and EU since May 1995 The government is working to harmonize its economic policies with those of an integrated Europe Liechtenstein has one of the highest personal income rates GDP Per Capita in the world, with the base rate of income tax currently standing at just 12%

Liechtenstein was the home of the Curta calculator

Liechtenstein is very mountainous and one of the world's two doubly-landlocked countries along with Uzbekistan Most of the country's population lives in the long and wide Rhine Valley in the western third Roads are mainly laid out in a north-south pattern following the valley as well To the north the main roads lead to the border with Austria, to the south they enter Switzerland, and to the west across the river the bridges also cross into Switzerland The eastern border to Austria is not passable and is only accessible by foot as it is very mountainous The country's highest point is the Grauspitz, which stretches to 2,599m Liechtenstein is 25 time bigger than San Marino and it is 81 times bigger than Monaco

The national language is German, but the main language is Alemannic, which Liechtenstein shares with German-speaking Switzerland, Baden-WÃ¼rttemberg south of Stuttgart, Germany, and Vorarlberg, Austria Most people also speak German, however, and English is also prevalent French and Latin are also widely taught in the public school system

What to see in Liechtenstein

Vaduz - The capital is the main shopping area in the country, with many souvenir stores and assorted restaurants The city is also home to a grand cathedral and the famous Liechtenstein Kunstmuseum A ski museum is North of downtown

Balzers - Home to a beautiful church and a spectacular gothic castle

What to do in Liechtenstein

Liechtenstein offers great hiking, road biking, and mountain biking terrain Skiing and snowboarding are also offered at a reasonable price at the country's small resort, Malbun, in comparison to the expensive lift prices in neighboring Switzerland or Austria Make sure to stop by the local tourist office in Vaduz and get your passport stamped To get the stamp costs 300 CHF or 200 Euro as of October 2009 and is a nice souvenir of your journey to this small nation

Liechtenstein uses the Swiss franc CHF as its currency Many shops will also accept the Euro, but the exchange rate may not be very advantageous

Food and eating in Liechtenstein

You will find a few restaurants in the larger cities of Liechtenstein There is also a McDonald's restaurant opened in 1996; serves wine, which is very popular and is widely publicised by road signs throughout the country

The many small bakeries are a great place to get a warm, fresh roll or pastry

One recommended restaurant is the Old Castle Inn Aeulestrasse 22 9490 Vaduz, Liechtenstein, +423 232 10 65 in the centre of Vaduz It is impossible to miss and offers authentic food at a reasonable price and with a pleasant atmosphere

There is a small amount of wine that is produced in Liechtenstein that is available in supermarkets and tourist shops throughout the country Expect to pay around 25 Swiss Francs for an average bottle The Prince even owns his own vineyard in Vaduz, off the main road Beer is also available for purchase that is made with malt from Liechtenstein, although most of the beer itself is brewed in Switzerland A variety of other European wines, beers, and soft drinks are also available There is now a brewery in Liechtenstein that produces a variety of beers; lagers including Helles blonde and Hefe Weizen unfiltered wheat styles are brewed

There are a few hotels in Liechtenstein, but they tend to run on the expensive side There is one youth hostel 8 located in Schaan, but it closes for the winter You will probably be able to find cheaper accommodation in neighboring Feldkirch, Austria

Camping Mittagspitz is the only full-service campsite in the Principality It offers excellent facilities, a friendly reception and a fabulous reasonably priced restaurant There are three other campgrounds in Liechtenstein One in Bendern, one in Vaduz, and one in Triesen All are pretty much full year round

Finding work in Liechtenstein is difficult A majority of non-nationals working in the Principality are Swiss, with a smaller number of Austrians and Germans Liechtenstein is not a member of the European Union, so the government has no obligation to let nationals of EU member states work and live in the country

What do you think about Liechtenstein?

How expensive is Liechtenstein?
(1 CHF = 0 USD)
TripAround.org, your travel companion