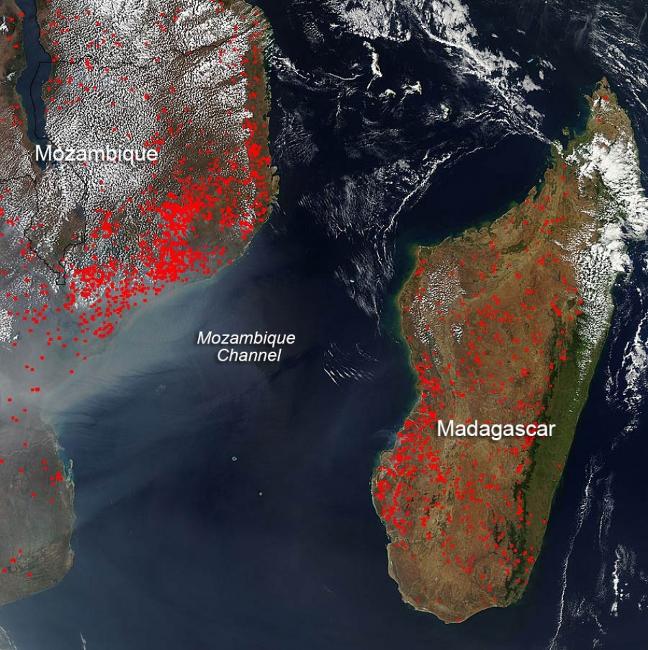 Only later did Arabs, Indians, and Chinese immigrants mix into the population of the island The Malagasy way of thinking is a mixture of cultures, as well as their appearance and fashion style It is a melting pot Madagascar is part of the African Union, which is now being reconsidered due to the recent 2009 political turmoil That said it is essential to the people of Madagascar that tourism continues to thrive And there is no reason why it should not There is no violence related to the political crisis and certainly nothing a tourist needs to concern themselves with Without the tourist dollar the gentle people of Madagascar will become victims of a logic they do not understand

Madagascar's long isolation from the neighboring continents has resulted in a unique mix of plants and animals, many found nowhere else in the world This has led some some ecologists refer to Madagascar as the "eighth continent" Of the 10,000 plants native to Madagascar, 90% are found nowhere else in the world Madagascar's varied fauna and flora are endangered by human activity, as a third of its native vegetation has disappeared since the 1970s and since the arrival of humans 2,000 years ago, Madagascar has lost more than 90% of its original forest Most lemurs are listed as endangered or threatened species

The eastern, or windward side of the island is home to tropical rainforests, while the western and southern sides, which lie in the rain shadow of the central highlands, are home to tropical dry forests, thorn forests, and deserts and xeric shrublands Madagascar's dry deciduous rain forest has been preserved generally better than the eastern rainforests or the high central plateau, presumably due to historically low population densities

The climate is tropical along the coast, temperate inland, and arid in the south The weather is dominated by the southeastern trade winds that originate in the Indian Ocean anticyclone, a center of high atmospheric pressure that seasonally changes its position over the ocean Madagascar has two seasons: a hot, rainy season from November to April; and a cooler, dry season from May to October There is, however, great variation in climate owing to elevation and position relative to dominant winds The east coast has a subequatorial climate and, being most directly exposed to the trade winds, has the heaviest rainfall, averaging as much as 3,500 mm 1378 in annually This region is notorious not only for a hot, humid climate in which tropical fevers are endemic but also for the destructive cyclones that occur during the rainy season, coming in principally from the direction of the Mascarene Islands Because rain clouds discharge much of their moisture east of the highest elevations on the island, the central highlands are appreciably drier and, owing to the altitude, also cooler Thunderstorms are common during the rainy season in the central highlands, and lightning is a serious hazard

Antananarivo receives practically all of its average annual 1,400 mm 551 in of rainfall between November and April The dry season is pleasant and sunny, although somewhat chilly, especially in the mornings Although frosts are rare in Antananarivo, they are common at higher elevations

The remarkable thing about Madagascar is that the entire island speaks one language: Malagasy, an Austronesian language As well as being the name of the language, "Malagasy" also refers to the people of the island Because the island is so large there are many different dialects The Merina dialect is the "Official Malagasy" of the island and is spoken around highlands of Antananarivo Most Malagasy, however, speak Merina across the island

French is the second official language of Madagascar The government and large corporations use French in everyday business, but 75-85% of Malagasy only have limited proficiency in this language Attempts by foreigners to learn and speak Malagasy are liked and even encouraged by the Malagasy people

What to see in Madagascar

Located 45 minutes north of Morondava on Madagascar's west coast it is one of the most visited sites in the Menabe Region A candidate as one of the 7 Wonders of Africa; efforts are underway to protect this unique grove of more than a dozen trees Some of the trees, Adansonia grandidieri, are over 800 years old and reach a height of 30+ meters Truly a photographers paradise and especially beautiful at sunset

What to do in Madagascar

The unit of money is the ariary 1 â¬ is about 2900 ariary and 1 US$ is about 2000 ariary as of 2010 The value of the ariary has been rather stable for a few years The currency system was overhauled in 2006 Prior to 2006 the unit of currency was the Malagasy Franc Franc Malgache and was worth 1/5 of an ariary, for example, 10,000 Francs = 2000 Ariary However, old banknotes in Francs are still legal tender Whenever negotiating a price, always confirm the amount in ariary Unscrupulous merchants have been known to state the amount due without specifying the currency so that buyers are duped into paying 5 times the amount due because of Franc/Ariary confusion

You can withdraw money from ATM's in the cities, using a Visa or Visa Electron card Mastercard can be used with ATM's of the BNI bank

Vanilla and other spices are cheap in Madagascar compared to Europe or elsewhere, and the quality especially of vanilla is very good Vanilla is about 2 â¬ for 10 pods in Mada, compared to 3 â¬ for 2 pods in France

Food and eating in Madagascar

The cheapest way to get a meal is to eat at a "hotely" For about 1300 ariary or a little less than $1 you can buy a plate of rice, laoka malagasy for side dish accompanying rice like chicken, beans or pork, and rice water For 200 ariary extra you can get a small glass of homemade yogurt

Bananas hundreds of varieties and rice cakes Malagasy 'bread' are staple 'street food' and available everywhere Coffee is very good, usually hand-made by the cup and served very sweet with condensed milk Steak-frites is available in restaurants in the larger towns

There is no safe tap water so be prepared with bottled water, which is usually easily obtainable The only other option is ranomapango RAN-oo-ma-PANG-oo or rice water water used to cook rice, which will therefore have been boiled It's particularly important to plan ahead if visiting rural areas

In towns, roadside drink stands, stores and bars are plentiful Most sell a range of drinks including bottled water, Coca Cola and Madagascar's beer, Three Horses Beer "THB" You can also try the bubblegum flavored soda 'Bonbon Anglais' similar to South American Inka Cola, if you are very brave! Be warned that this may be sold as 'limonade' - leading you to think it may be lemonade

Home brewed rum, and creme de coco, is also available - in many flavours!

What do you think about Madagascar?

How expensive is Madagascar?