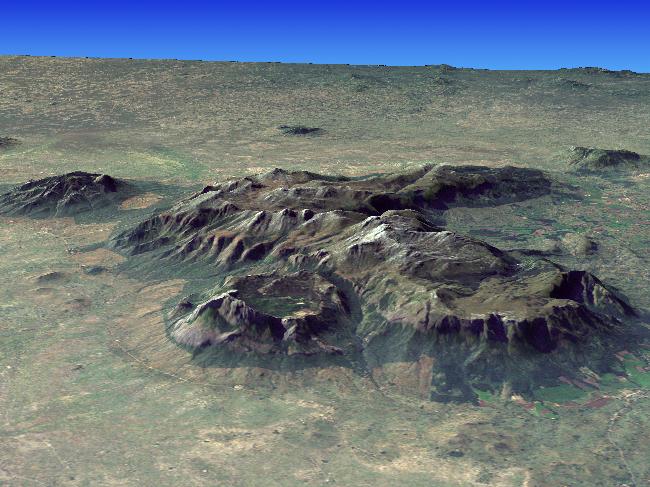 Established in 1891, the British protectorate of Nyasaland became the independent nation of Malawi on 6th July, 1964 After three decades of one-party rule, the country held multiparty elections in 1994 under a provisional constitution, which took full effect the following year National multiparty elections were held again in 1999 and 2004 electing present president Bingu wa Mutharika

Much of Malawi is plateau, often reaching to 3,000 feet, and the temperature in these highlands is moderate, with the hottest period occurring during the autumn rainy season and the coolest and chilliest in winter The hottest region in the country is the lower Shire River Valley well south of Blantyre Temperatures along scenic Lake Malawi are generally warm, but with a cooling breeze, especially in the evenings Winters May till July are dry The rainy season begins in mid-October to early November and generally runs until March

Malawiâs people are its greatest asset - friendly, welcoming, colourful and vibrant It is impossible to visit and not to become engaged with the people, but there are now opportunities to spend time in real villages including staying overnight for a first-hand experience of the cultures, traditions and daily life This is an option pretty much everywhere in Malawi, and one well worth taking

Thereâs also much to see of Malawiâs history, beginning with the pre-history remains of the Karonga district and the Stone Age rock paintings near Dedza The Cultural & Museum Centre at Karonga is well worth a visit Elsewhere, the colonial period is preserved in buildings dating from the David Livingstone era and the defeat of the Arab slave trade is well documented in the museums of Blantyre Among other museums around the country are a Lake Museum at Mangochi, a mission museum at Livingstonia and a postal services museum near Zomba

The official languages of Malawi are English and Chichewa English is widely spoken in urban areas and by the well-educated upper class, though outside of that, a few words in Chichewa will go a long way Chichewa is the first language of the majority of the population, and knowing Chichewa will get you by in most of Malawi though in some very remote areas, learning the local tongue might be essential Nevertheless, even in those areas, it is not uncommon to find younger people who are bilingual in their local language and Chichewa Tumbuka is the first language for many people in the north of the country Chiyao is spoken by the Yao people who live mostly in the Southern District of the country A multi-cultural country, Malawi has over a dozen indigenous ethnic groups, each with its own distinct language However, even in those areas, many younger people will be bilingual in the local language and Chichewa

What to see in Malawi

Malawi has a massive diversity of beautiful landscapes The highest peaks in Malawi touch 10 000ft 3 000m while the lowest point is barely above sea level This range of altitudes in a small area help to make the landscape of Malawi one of the moist varied in all Africa It is generally a green, lush country, with plateaux, highlands, forests, mountains, plains, escarpments and dramatic river valleys

The Rift Valley is the dominant feature, providing the vast chasm that Lake Malawi fills, and extending to te south of the country following the Shire River that drains the Lake The flatter areas of the Rift Valley in South Malawi are home to some important wetlands, including Elephant Marsh, down in the Lower Shire Valley

It is the widespread highlands and forests that provide the most impressive of the Malawi's varied scenery Up where the air is fresh and cool are clear mountain streams, heaths, rolling montane grassland and evergreen forests

The southern part of Malawi has the best known highlands - Mulanje Massif and Zomba Plateau The former is a massive wilderness plateau of syenite granite rising from the Phalombe Plains It has a number of peaks, including the highest in both the country and the whole of central Africa: Sapitwa, at 3000 metres 10,000 feet The tea estates that stretch west of Mulanje as far as Thyolo, are also wonderfully scenic Zomba Plateau is not as high as Mulanje, but none the less impressive It is slab-like with a gently undulating plateau top which is accessible by road

The Viphya Highlands - undulating hills swathed in evergreen forests - stretch north-south in north Malawi and reach the edge of the Rift Valley Finally, in north Malawi is the Nyika Plateau, a rolling whaleback grassland plateau unique in Africa Much of this highest and most extensive high plateau surface in central Africa is gazetted as the Nyika National Park

What to do in Malawi

For a small country, Malawi has a quite remarkable array of activities to offer its visitors The magnificent Lake Malawi is a haven for boat activities and watersports, as well as having some of the best freshwater diving sites in the world Eight land-based national parks and wildlife reserves offer all type of safaris in a wide variety of natural wilderness environments The mixed terrain and varied landscapes also provide for excellent outdoor activities, including trekking and mountain biking, particularly in the highland areas Those seeking cultural experiences are also well served by sites of historical interest and simple village visits to meet the ever-smiling Malawians in their daily life

The local currency is the Malawi kwacha, abbreviated K or MK The currency is freely convertible if difficult to get rid of outside the country and, as of January 2010, trades at around 145 kwacha to the US dollar US dollars will also be accepted by almost everybody, particularly for larger purchases For the current exchange rate visit ie Zikomonet 6 In Blantyre and Llilongwe try Victoria Forex Bureau 7 Watch out for kwacha from neighboring Zambia, worth less than 1/20th of the Malawi version! Malawi Kwacha are exchangeable in the Zambian capital Lusaka, and at banks close to the border

Credit card acceptance is spotty Visa and MasterCard are accepted by larger hotels, including some ATMs, but you can leave AmEx or anything else at home ATMs are becoming much more common and can be used at many banks in major cities, though most notably, VISA is the card of choice and many times the only option

Travellers cheques can be changed in banks, forex bureaus and in some high-end hotels The number of hotels accepting payment by travellers cheque seems to be shrinking Don't rely on them unless you have spoken to the hotel US dollars cash, is your best bet, and it gives a better exchange rate

Food and eating in Malawi

Traditional Malawian food revolves around one staple, maize, served in one form, nsima n'SEE-ma Nsima is basically a type of thick porridge, rolled into balls with your right hand and dipped into a variety of stews known as relishes Those who can afford them eat relishes of beef, chicken or fish, but the many who can't make do with beans, tiny dried fish kapenta, pumpkin leaves chibwabwa and other vegetables At breakfast, nsima can be served watered down into a soup, maybe with a little sugar Local restaurants will serve nsima and relish for less than 100K US$1

Food options in the major cities of Lilongwe and Blantyre are good Fast food — to include burgers, pizza, and fried chicken — is very popular in Malawi For sit-down meals, ethnic eateries thanks to a significant ex-pat population are popular Do note that, in many restaurants, pork products are not served to accommodate the Muslim population

Outside the larger cities, however, you might be a little underwhelmed with food options Along the major roadways, you will find "tuck shops" featuring packaged cookies or Take Away Meals — meat pies or sausage rolls, for instance — which may or may not satisfy you

Finally, in terms of hygiene outside the major cities, you are unlikely to find a proper washroom with running water You will probably be given a bowl of water, a piece of soap, and a damp towel Therefore, some travelers bring small bottles of anti-bacterial hand soap with them

Tap water in major cities like Lilongwe, Blantyre, Zomba and Mzuzu is generally potable, although travelers are advised to drink bottled water

A traditional local drink worth trying is mahewu also maheu, a somewhat gritty and vaguely yogurty but refreshing beverage made from maize meal Factory-produced maheu is sweet, comes in plastic bottles and is available in a variety of flavors including banana, chocolate and orange, while homemade versions are usually unflavored and less sweet

Less traditional, but arguably more tasty, are the fizzy drinks by Southern Bottlers Sobo Sobo is also the licensed manufacturer of Coca Cola in Malawi

Malawi has a significant Muslim population, including former President Bakili Muluzi, but alcohol is widely available even in Muslim dominated regions The only beers you will generally find are brewed in Blantyre by Carlsberg, and its products are available in restaurants and stores throughout the country Malawi Distilleries produces stronger stuff including Smirnoff Vodka licensed, but also its own products like Mulanje Gold Coffee Liqueur Perhaps one of the most popular drinks in the country is the MGT Malawi Gin and Tonic made with Malawi Gin, an aromatic version of this popular alcohol

Western-standard hotels can be found in Blantyre, Lilongwe, Zomba and Mzuzu, as well as along the shores of Lake Malawi The Lake Malawi resort hotels cater primarily to international tourists

What do you think about Malawi?

How expensive is Malawi?