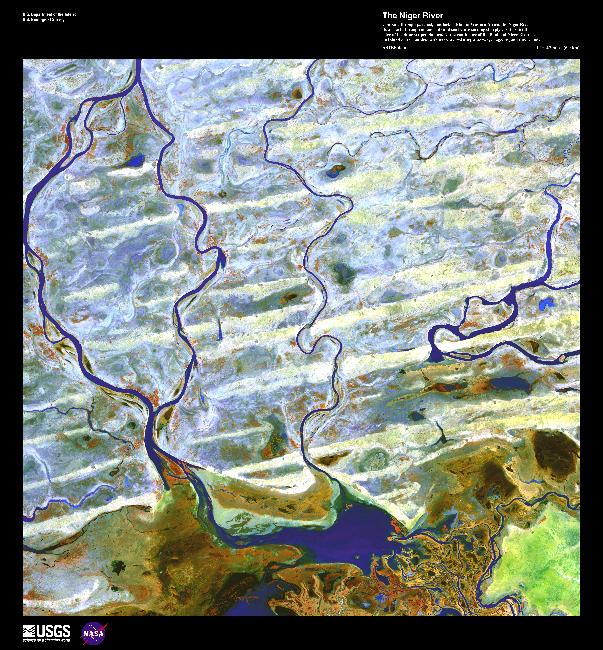 The Sudanese Republic and Senegal became independent of France on 22 September 1960 as the Mali Federation Senegal withdrew after only a few months, and the Sudanese Republic was renamed Mali The country was then governed by dictatorship until 1991 In 1992 the country's first democratic presidential elections were held

Just under half the population is less than 15 years old The great majority of Malians are Muslim, some also practice indigenous beliefs, and a tiny number are Christian Around 10% of the population is nomadic Most Malians work in agriculture and fishing

Festival in the Desert takes place in January on the sand northwest of Timbuktu Three days of amazing music, under the stars and the moon, tiny tents, camel races, and more music and dancing

Mali was once part of three famed West African empires which controlled trans-Saharan trade in gold, salt, slaves, and other precious commodities These Sahelian kingdoms had neither rigid geopolitical boundaries nor rigid ethnic identities The earliest of these empires was the Ghana Empire which expanded throughout West Africa from the 8th century until 1078

The Mali Empire later formed on the upper Niger, and reached the height of power in the fourteenth century Under the Mali Empire, the ancient cities of DjennÃ© and Timbuktu were centres of both trade and Islamic learning The empire later declined, ultimately being supplanted by the Songhai Empire The Songhai people originated in current northwestern Nigeria In the late 14th century, the Songhai gradually gained independence from the Mali Empire and expanded until eventual collapse largely due to a Moroccan invasion in 1591 The fall of the Songhai Empire marked the end of the region's role as a trading crossroads Following the establishment of sea routes by European powers, the trans-Saharan trade routes lost significance

In the colonial era, Mali fell under the control of the French beginning in the late 19th century By 1905, most of the area was under firm French control as a part of French Sudan In early 1959, Mali then the Sudanese Republic and Senegal united to become the Mali Federation and gained independence from France on June 20, 1960 Senegal withdrew from the federation in August 1960, which allowed the Sudanese Republic to form the independent nation of Mali on September 22, 1960

The country's climate ranges from tropical in the south to arid in the north Most of the country receives negligible rainfall; droughts are frequent Late June to early December is the rainy season During this time, flooding of the Niger River is common, creating the Inner Niger Delta

French is the official language, but Bambara or Bamanakan in the language itself, along with numerous other African languages Peulh/Fula, Dogon, and Tamashek, the language of the Tuareg people, are spoken by 80% of the population Few people speak French outside bigger towns, and even Bambara gets rare in some regions Very few people speak English

There are plenty of great crafts in Mali Various ethnic groups have their own, trademark masks There are some great musical instruments; blankets; bogolas a type of blanket; silver jewelry, and leather goods The Touareg people, in particular, craft great silver and leather goods, including jewelery, daggers, spears, swords, and boxes Buying some local music makes also a good souvenir -- some of the world's best musicians are from Mali

ATMs are difficult to find in Bamako BDM banks have ATMs for VISA cards The only ATM for Maestro/Mastercard is Banque Atlantique, across the river, on the eastern bridge

Food and eating in Mali

The most universal Malian dish is rice with sauce often peanut "tiga diga na," tomato/onion/oil, or leaf/okra based - usually with some fish or meat if purchased or prepared for guests "To," a gelatinous corn or millet food served with sauce, is another Malian classic, though more a village food than something most tourists would encounter In the north, couscous is also quite common

In the largest cities, decent "western" restaurants can be found, charging near western prices Bamako even has good Chinese, Vietnamese, Italian, Lebanese and more In smaller places, the standard Malian restaurant serves chicken or beef with fries and/or salad - usually edible and affordable, but boring and not particularly Malian The better places in the more touristy areas may also have some local specialities "Street food" is a lot more fun and super cheap - breakfast will be omelet sandwiches, lunch is usually rice with a couple sauces to choose from, and dinner presents many options including beans, spaghetti cooked in oil and a little tomato, potatoes, fried rice, chicken, meatballs, beef kebabs, fish, and salad You can find little table along the road sides and near transport centers

Snacks you may find for sale include little cakes especially in bus stations, various fried doughs either sweet or with hot sauce, peanuts, roasted corn if in season, sesame sticks, and frozen juices in little plastic sacks Fresh fruit is widely available and always delicious Some of the best are mangoes, papaya, watermelon, guavas, bananas and oranges - the particular selection depends on the season

Of course, as in any tropical, underdeveloped country, food borne disease is a major concern for the traveler The main culprits for diarrhea are untreated water especially in rural areas and fruits and vegetables which have not been peeled or soaked in bleach water - salads even in fancy restaurants! are likely to cause problems You should also be sure any food especially meat is thoroughly cooked - generally more of a problem with Western food in restaurants than with Malian foods which are usually cooked for hours Drink bottled water, and talk to your doctor about bringing an antibiotic like cipro to treat diarrhea that is severe or does not improve over a couple days

Treat tap water with suspicion It is often so heavily chlorinated that one suspects few bugs could possibly survive in it But short-term visitors will be safer with bottled water There are several cheap local brands, but be warned that they are only drunk by foreigners and wealthy Malians: don't rely on finding bottled water in shops patronised by "ordinary" Malians Soft drinks such as Coca-Cola or Fanta are more widely available and safe But remember that Coke will make you want to go to the toilet, and so may leave you more dehydrated than before you drank it - a serious problem in this stunningly hot country Street vendors sell water and home-made ginger and berry drinks in little plastic bags They are often iced which makes them very refreshing in the heat Generally, you shouldn't drink these without treating them first However, one which is called "bissap" in French and "dabileni" "red hybiscus" in Bambara, is made from hibiscus leaves that are boiled during preparation, and so generally is safe to drink In Bamako, it is possible to purchase at most corner stores treated water in small plastic bags for 50 CFA; these are much cheaper, and of course more environmentally friendly, than bottles The bags are marked with a brand name; be careful not to mistake them for the tap water that is sold in unmarked plastic bags by street vendors Also widely sold in this way is sweet milk and yogurt, which are normally clean because the bags are industrially filled Fresh milk can also be bought from buckets at the roadside in some villages, although it should always be thoroughly boiled before drinking as it can carry tuberculosis bacteria often Malians do this before selling, but it is safer to do it yourself or at least ask

There are various types of accommodation options of various prices and qualities You will pay $60-$100 per night and up for a what would be a decent to nice hotel by western standards At the other end of the spectrum you can pay about $5-$10 per night for a bed or mattress usually with mosquito net and sheets in a room or on the roof Such places will usually have toilets and showers in a shared facility think campsite camping with less gear All tourist areas have hotels or auberges and many places will also have homestays Sleeping on the roof terrace, if available, is not only the cheapest option but also usually the coolest and gives you the pleasure of sleeping under the stars which are incredibly bright outside of Bamako because there is so little light pollution - just use your mosquito net and be prepared to wake to prayer call at 5AM

What do you think about Mali?

How expensive is Mali?