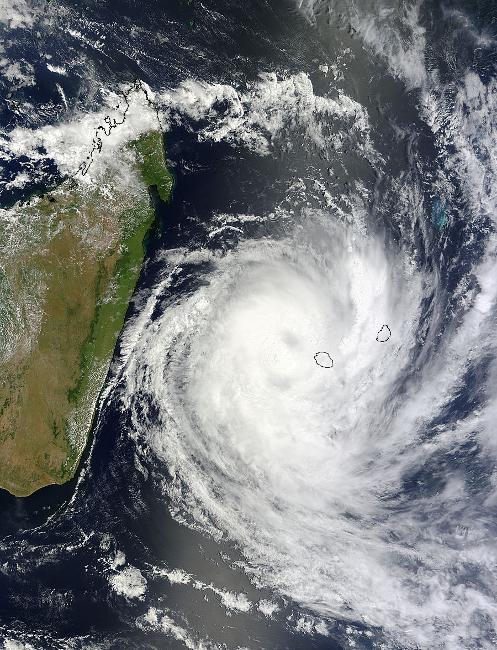 The island of Mauritius was first discovered by Arab sailors, at some time in the 9th century, the exact date is unknown At that time the island was uninhabited and covered in a dense forest The Arab sailors were not interested in settling on the island which they named Dina Arobi or Dinarobin Fernandez Pereira, a Portuguese sailor found the island in 1505 and decided to give it the name of Cerne However, the Portuguese did not settle permenantly on the island either

The first to colonise the island were the Dutch They took possession of the island in 1598 The Dutch settlers landed on a bay in the south-eastern part of the island which was named Warwyck Haven after the commander VanWarwyck, the bay is now known as Grand Port Mauritius also got its name during this period; the island was named after the Prince of Holland Mauritz de Nassau

In 1710, the Dutch abandoned the island, leaving behind macaques, the java deer, sugar cane, fugitive slaves and, also, an irreversible damage to the endemic and indigenous flora and fauna of the island - the Dodo was, by then, extinct due to extensive hunting, the bird being very easy to capture, while the, once abundant, black ebony tree population was almost completely depleted due to over-exploitation for its timber

The French settled on the island in 1713, also landing at the bay in the south-east They renamed the bay Port Bourbon and renamed the island Ile de France They settled on the north-western side of the island and established their main harbour there, Port Louis, the present-day capital of Mauritius During the French settlement there was a lot of development in the country MahÃ© de Labourdonnais , whose statue can be seen across from the harbour in Port louis,is known as the founder of the capital city and the island prospered under his governance 1735-1746

In August 1810, the British tried to take over the island but lost after a fierce battle against the French in the famous Battle of Grand Port - the only victory of the French over the British However, the British came back in December 1810 and successfully defeated the French From then on, the island was renamed Mauritius and remained under British rule until it attained independence

In 1835, slavery was officially abolished and, as most of the African slaves chose to abandon the agricultural fields and move to small coastal villages, indentured labourers Coolies were brought in from India to work in the growing sugar-cane industry 2

A stable democracy with regular free elections and a positive human rights record, the country has attracted considerable foreign investment and has one of Africa's highest per capita incomes Recent poor weather and declining sugar prices have slowed economic growth leading to some protests over standards of living in the Creole community

Tropical, modified by southeast trade winds; warm, dry winter May to November; hot, wet, humid summer November to May; Natural hazards : Tropical cyclones November to April;but most cyclones usually occur from the end of December until March Mauritius has only two seasons, winter and summer There is not much temperature differences between the two seasons of the year The climate on the central plateau is cooler than on the coastal areas The West coast is much wetter and more humid than the East coast

The official language in Mauritius is English As such, all government administrative documents will be drawn up in English However, French is the language most commonly used in formal settings, and is by far the dominant language in the mass media, as well as in corporate and business dealings In fact, even English language television programmes are usually dubbed into French French is also the main language of instruction used in the education system

The most commonly spoken language is Mauritian Creole, a French based creole which has incorporated some words from diverse sources including but not limited to English, Dutch and Portuguese, and has slight pronunciation differences from standard French While there is no official written standard for Mauritian Creole, when written down for informal communication, words are often spelt differently from standard French The next most commonly spoken language is French, which is spoken fluently by most locals, with English being a not too distant third Virtually everyone working in the tourism industry will be able to speak fairly decent, albeit heavily accented English, and all government departments will have English-speaking staff on duty Other languages spoken by much smaller numbers include: Hindi, Urdu, Hakka, Bhojpuri and Mandarin Tamilians constitues around 10% of population and they speak Tamil

What to see in Mauritius

Grand Bay was the first area of the island to fully experience the tourist boom A shopping and leisure paradise, Grand Bay also happens to be the area where Mauritians head for when they want a fun-filled night out restaurants, bars and discos Recently renovated, La Cuvette beach is well worth a visit

What to do in Mauritius

Souvenirs can be bought at Marche Capital or Marche Sixieme in Nouakchott, or at tourist shops in the Adrar Fabric will be sold in boutiques all over the country, but Kaedi is famous for its tie-dying

In general, the quality of most Mauritanian souvenirs is not as good as one might expect That said, you can find leather products, pipes, wooden bowls, tea pots and silver jewelry among other things be careful with the quality of jewelry Fabric, however, is tie-dyed by hand and can be quite beautiful Fabric will be sold as a mulafa veil--usually gauzy and one piece--or as material for a boubou, with two separate pieces for a skirt and top Fabric is sold anywhere for anything from 1500 UM to 8000 UM, depending on the fabric quality and work involved

When buying anything in Mauritania, feel free to bargain Sometimes the starting price will be three times the actual price Stay friendly, but don't worry about insulting anyone by asking for a lower price

Food and eating in Mauritius

When leaving Mauritius, don't wait until you go through passport control if you want to have a snack The coffee shop after passport control is not value for money You would be better off visiting the snack bar before check-in and taking your purchases through with you

Mauritius is a paradise for the senses, not only for the eyes with its beautiful landscape, but also for the palate Gastronomes will find a variety of flavours and aromas inherited from the different migrations through its history Culinary traditions from France, India, China and Africa, the best-known and appreciated cuisines in the world, have been passed on through generations

Depending on the region, rice or a variety of flat bread called chapattis or roti, called farata paratha by the local people, is eaten with curries The extensive use of spices like saffron, cinnamon, cardamom, and cloves and herbs like thyme, basil, and curry leaves are the common ingredients that provide some powerful, yet subtle, savour Dal, a variety of lentil soup, are many and varied according to which type of lentil is used; vegetables, beans, and pickles accompany the dishes Dholl puri and roti, originally an Indian delicacy have become the fish and chips of Mauritians

Biryani from Mughal origins is a dish expertly prepared by the Muslim community, with meat mixed with spiced rice and potatoes

You can buy many snacks on the streets of Mauritius including the famous gateaux piments a variant of the indian vadai ; literally, chilli cakes, and vegetable or meat samosas puffs, along with octopus curry in bread The tomato and onion based dish called Rougaille pronounced rooh-guy is a variation of the French ragoÃ»t The dish usually consists of meat or seafood corned beef and salted snoek fish rougaille are very popular with the locals and all Mauritians eat this dish often if not daily

Mauritians have a sweet tooth and make many types of 'gateaux', as they are called The cakes vary and you can find cakes very much like at home and others similar to Indian sweets like Gulab Jamun and Rasgulla among many others

Mauritius produces a wide range of cane rum It is very cheap and is a nice drink when mixed with cola and ice Don't forget the coconut water with a dash of lime and a splash of local rum over ice The serious amateur will try to find a bottle of five years old or older rum Worth the price difference!

The local Black Eagle beer, brewed in Nouvelle France is one to watch out for as well Definite refreshment to match the sweltering summer heat

Try visiting the Medine Estate Refinery shop at Bambous 4km from Flic en Flac, on the west of the Island, for a wide variety of locally produced rums and liquors

Mauritius is an ideal place to live if you have your own business, especially if you earn your money overseas The government established a new visa category in 2006 catering to the self-employed

Investors, Self-employed and professionals are eligible to apply for an Occupation Permit which combines both a Work and Residence Permit For further information visit the website 14

There are companies which are specialised in providing advisory services to foreign investors, expatriates, professionals, and self-employed on Work and Residence Permit in Mauritius For further information, please visit the website 15

What do you think about Mauritius?

How expensive is Mauritius?
(1 MUR = 0 USD)
TripAround.org, your travel companion