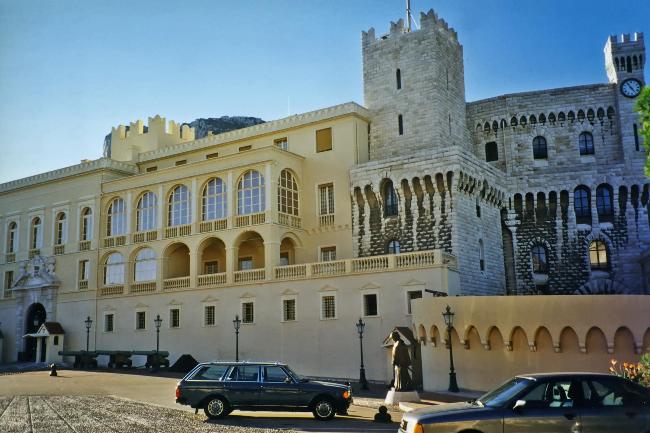 This is the second smallest independent state in the world after the Vatican and is almost entirely urban Monte Carlo is not the capital of Monaco but a government district The country is divided into four areas: Monaco-Ville the old city, the Condamine port quarter, Monte-Carlo business and recreation, and Fontvieille recreation and light industry With no natural resources to exploit other than its location and climate, the principality has become a resort for tourists and a tax haven for businesses Monaco is six times the size of the Vatican and still remains the world's most densely populated independent country

What to see in Monaco

What to do in Monaco

Shopping in Monte Carlo is usually quite exclusive and is certainly no place for a budget holiday There are plenty of places to melt the credit card alongside Europe's high rollers The chic clothes shops are in the Golden Circle, framed by Avenue Monte Carlo, Avenue des Beaux-Arts and Allees Lumieres, where Hermes, Christian Dior, Gucci and Prada all have a presence The area on and around Place du Casino is home to high-end jewelers such as Bulgari, Cartier and Chopard You will find, however, that most tourists will simply enjoy wandering the area and window shopping, even if you don't buy anything The normal shopping hours are from 9AM to noon and 3PM to 7PM

For a more cultured take on shopping in Monte Carlo, try the Condamine Market The market, which can be found in the Place d'Armes, has been in existence since 1880 and is lively and attractive - many hours can be spent simply wandering around, bargaining for souvenirs from the many tiny shops, boutiques and friendly locals If however, your shopping tastes are more modern, just take a short walk along the esplanade to the rue Princess Caroline pedestrian mall

The Fontvieille Shopping Centre is also a more "normal" shopping experience with 36 shops selling electronic goods, CDs, furniture, and clothes as well as a Carrefour supermarket and McDonald's The tourist office also issues a useful free shopping guide to the city

Some stores to browse or buy:

Food and eating in Monaco

How to go wrong? Food in Monaco is universally excellent There are many fine restaurants, beginning with the Cafe de Paris across the street from the casino, to the waterfront restaurants along the Port de Fontvieille During the winter months, you will find the restaurants to be decently priced--for Monaco Bouillabaisse is excellent here

There are a huge variety of other restaurants and cafÃ©s in the city with a moderate price tag and excellent food There are a few simple cafÃ©s along the marina-side, more like beach bars than anything else, that serve simple meals such as pizza, salads and hotdogs throughout the day These can be excellent for simply sitting back during the hot midday with a cold beer or glass of wine, a snack to recharge your batteries from exploring the city, and the gentle lapping of the Mediterranean and often the roar of supercars in your ears Most of these restaurants are equipped with water-misters in the ceilings that gently cool and refresh the clientele

Somewhere in between these two dining experiences comes the world-famous CafÃ© de Paris, just outside the Casino Tourists and locals alike can often be found during the afternoon and all through the night laughing, drinking, and eating some fabulous but verging on expensive meals It is definitely a must-go during your stay in Monte Carlo, even if it is just for a snack in the afternoon - it is well worth it A new favorite in Monaco is Beefbar located in the Port of La Condamine, they serve excellent meat

Dining in Monaco can be a very sobering experience to whomever is paying the bill Perhaps the most exclusive and famous restaurants in the city are the Louis XV Restaurant and the Le Grill de L'Hotel de Paris, both centered on the very exclusive Hotel de Paris You are more than likely to be seated next to a member of the rich and famous, and the gourmet food is simply out-of-this-world - however, these experiences come with a rather hefty price tag!

Champagne has the status of a national beverage in Monaco A single glass can cost as much as â¬40 at a fashionable restaurant!

If you're on a budget, Monaco is not the best place to be For example, a two star hotel without breakfast and bathroom will cost around â¬60 per person A better option is to stay in one of the many towns outside of Monaco, for example Ventimiglia, which is a sea-side town situated on the French-Italian border on the Italian side Nice is only 1/2 hour away from Monaco and it's very cheap to use the frequent trains During the winter season, a comfortable two star hotel will only cost you about â¬20 a person

What do you think about Monaco?

How expensive is Monaco?
(1 EUR = 0 USD)
TripAround.org, your travel companion