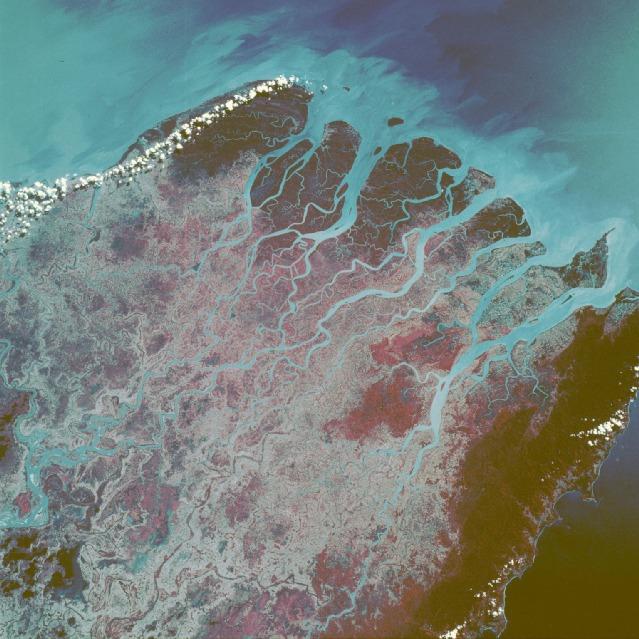 From the 2,436m Monte Binga peak to the stunning beaches along the coast Mozambique is a country of contrasts As well as some of the best colonial era architecture and relics to be found on the continent, Mozambique has also preserved its African cultural heritage which can be experienced through art, music and food

Mozambique stretches for 1,535 mi 2,470 km along Africa's southeast coast It is nearly twice the size of California Tanzania is to the north; Malawi, Zambia, and Zimbabwe to the west; and South Africa and Swaziland to the south The country is generally a low-lying plateau broken up by 25 sizable rivers that flow into the Indian Ocean The largest is the Zambezi, which provides access to central Africa In the interior several chains of mountains form the backbone of the country

In 1500 the Portuguese established a string of forts and trading posts up and down the coast, starting with present day Isla de Mozambique at that time simply known as Mozambique and where the country gets its modern name, where the Portuguese plied the spice and slave routes from Mozambique up until 1891

After World War 1 Portugise investment in commercial, industrial, agricultural, educational, transportation, and health care infrastructure for the indegenious population started providing for better social and economic possibilities and these continued to gain pace up until independence in 1975

In 1962 several anti-colonial political groups formed the Front for the Liberation of Mozambique FRELIMO, which initiated an armed campaign against Portuguese colonial rule Mozambique became independent after ten years of sporadic warfare on June 25, 1975 FRELIMO took complete control of the territory after a transition period and within a year of independence, almost all the Portuguese population had left Mozambique â some expelled by the new government of Mozambique, some fleeing in fear

Upon independence Mozambique had less than 5 engineers in the entire country and the previous colonial infrastructure investments stopped entirely resulting in the rapid disintegration of much of Mozambique's infrastructure FRELIMO responded to their lack of resources and the Cold War politics of the mid-1970s by moving into alignment with the Soviet Union and its allies FRELIMO established a one-party Socialist state, and quickly received substantial international aid from Cuba and the Soviet bloc nations

In 1975 the Mozambican National Resistance RENAMO, an anti-communist group sponsored by the Rhodesian Intelligence Service, the apartheid government in South Africa as well as the United States after Zimbabwe's independence, was founded and launched a series of attacks on transport routes, schools and health clinics, and the country descended into civil war

In 1990, with apartheid crumbling in South Africa, and support for RENAMO drying up in South Africa and in the United States, the first direct talks between the FRELIMO government and Renamo were held In November 1990 a new constitution was adopted Mozambique was now a multiparty state, with periodic elections, and guaranteed democratic rights With the signing of the Rome General Peace Accords the civil war ended on the October 15, 1992

Along the coast Mozambique has a warm, tropical climate Evenings are rarely cold, except for a few nights in June and July and the rainfall isn't too high In summer temperatures can soar and the humidity levels rise Temperatures are typically higher in the north, around Pemba, and around the Zambezi

The public holidays in Mozambique are:

The official language of Mozambique is Portuguese, though many people speak English in the capital Maputo and in touristy areas The further north you travel the less likely you are to encounter English speakers, and as you enter more rural areas even Portuguese is limited

Swahili is useful in the far north of the country as you get close to Tanzania, especially along the coast, and Nyanja is spoken near the border with Malawi and Zambia Some native words from the Shona language can be useful if you are traveling near Cabora Bassa

What to do in Myanmar

The currency of Mozambique is the new Metical Meticais Nova FamÃ­lia, MZN, plural meticais Mts, pronounced 'meta-caysh', divided into 100 centavos As of January 2010, one US Dollar is worth about 299 meticais, one Euro is worth about 422 meticais, and one GB Pound is worth about 487 meticais

Three zeroes were dropped from the currency in 2006 Old currency can be exchanged at banks up to the end of December 2012 People will occasionally still refer to the old currency, so if someone asks for "1 million", they generally mean one thousand new meticais

US$, ZAR, British pounds and Euros are freely convertible at commercial rates at any bank or exchange Other currencies such as Canadian or Australian dollars or Japanese Yen, are not accepted anywhere, even at official banks and exchanges

ATMs are present throughout the country; Standard, Millennium, ProCredit and Barclays are the brands you are most likely to run in to Standard accepts Visa & Mastercard, Millennium accept all international cards including Maestro/Cirrus cards while Barclays doesn't seem to accept any cards with great regularity ATMs will only dispense 3,000Mts at one time although you can insert your card again to withdraw more

Everything in Mozambique that does not have a price attached can be bargained down to whatever you consider a reasonable price to be Remember that while laughing when they give you an insane price is perfectly OK you should not get outwardly angry or hostile, you will be unlikely to get a reasonable price if you do If in doubt about what a fair price is ask your hotel

No one in Mozambique, including often backpacker lodges, have change The 1000Mzn and 500Mzn are almost impossible to use day to day so change them down in to more manageable notes in any bank The one exception to this rule is chapa drivers, if you find yourself running low on small bills pay for your 15Mzn fare with a 100Mzn note

Food and eating in Myanmar

As a country the Portuguese occupation has a profound impact on local foods that has produced some of the most unique and interesting cuisine within Southern Africa Towards the coast a great deal of seafood is used within even the most basic of dishes, however, in land the maize based partridges common throughout Africa becomes staple but with some Portuguese flair

All tap water in Mozambique should be assumed to be unsafe to drink, even if it not harmful it usually has some sediment that your stomach will not be used to Most western oriented lodgings either provide a fresh water source or sell bottled water

In Mozambique Cervejas de Mocambique who are owned by SABMiller 14 have a virtual monopoly on beer brewing The three most popular brands are 2M remember to pronounce it doysh-em or you will end up with an extra beer, Laurentina Clara and Manica Other local African beers such as Castle and Windhoek are reasonably widely available but are not as popular as in neighboring countries due to the high quality of the local brews

What do you think about Myanmar?

How expensive is Myanmar?