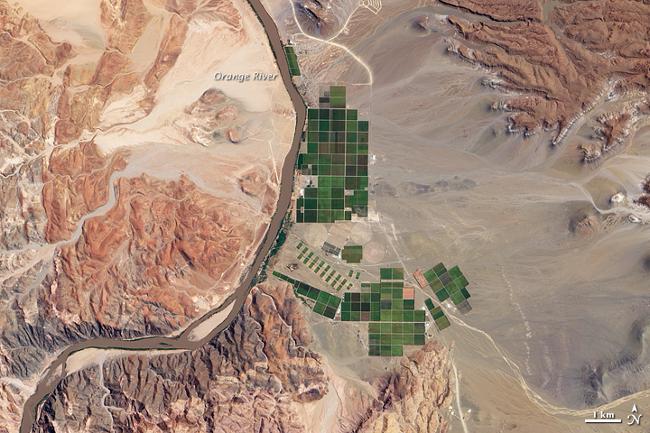 Inhabited from the dawn of time by the San, also known as the "Bushmen", invaded by the Bantu, colonized by the Germans who called it "South West Africa" and taken over by South Africa after WWI, Namibia is in many ways quite similar to South Africa Since it was ruled under the apartheid system, Namibia also has many of the problems resulting from that system

It is important to be aware that race is a common part of Namibian discourse That is to say, Namibians will refer to the race of others more frequently than travellers from places where race is typically not an issue, would expect Because of apartheid, race is an issue in many spheres of life, so it comes up a lot In spite of this, the various races do get along well in Namibia, and it is fairly uncommon to find racial tensions flaring Apartheid was never implemented as strictly in Namibia as in South Africa, so racial tensions are generally lower

Namibia is similar to South Africa, and if you're used to travelling in one country, travelling in the other country is quite easy There are some subtle differences For example, in South Africa a non-white person may choose to speak English rather than Afrikaans as a political choice whereas among Namibia's mixed-race population who call themselves 'colored' in Namibia and South Africa Afrikaans is a proud part of their culture, and many people still speak German Overlooking these differences isn't going to cause offense, but they're handy to know

The public holidays in Namibia are:

English is the official language and is widely spoken However the majority of older Namibians those educated before independence only speak English as a third language, and therefore the standard is fairly poor English is more widely spoken in the North, as it was adopted as a medium of instruction earlier than in the South Older Nambibians in the South are more likely to speak Afrikaans or German

What to see in Namibia

Banks in Namibia will convert Namibian Dollars for South African Rand and vice versa without charge or paperwork Since any bank or currency exchange outside Namibia including other members of the Common Monetary Area will charge a substantial service fee to change currency, it is advisable to make use of a Namibian Bank before leaving the country

Automated teller machines are available in Windhoek, Swakopmund, Luderitz, Tsumeb, and other towns and cities It is best to use only teller machines that are inside a mall or other building Always be careful to make sure no one is watching you enter your PIN, and be vigilant about typical scams eg machines that seem to eat your card and won't give it back after you enter the PIN

Prices in shops are fixed, but prices in open markets or from street vendors are open to barter

In most towns you will be approached by many locals to buy souvenirs, when this happens a 'no thanks' will usually suffice and they will leave you alone It is common to haggle Try to buy as much as possible from small shops instead of bigger ones, it's the best way to help the poor local population

Food and eating in Namibia

Vegetarians need not apply Namibians have a very high intake of meat It is possible to be a vegetarian in Namibia, however, as there are some Peace Corps workers who live there for two years and remain vegetarian throughout

Namibia's nightclubs are always happening and always open late pretty much until the last person leaves They are mostly located in bigger cities: Windhoek, Swakopmund and Oshakati There are not many bars, though there is very good beer, and there are a lot of shebeens The flagship beer of Namibia is Windhoek Lager 9, an easy-drinking filtered beer, not dissimilar to many German brews

It is extremely difficult for foreigners to get work permits in Namibia With 40% unemployment, the government is not enthusiastic about letting people in who would take jobs from Namibians It is possible to get a work permit to volunteer, though this requires going through the same drawn out process as the normal work permit

What do you think about Namibia?

How expensive is Namibia?
(1 ZAR = 0 USD)
TripAround.org, your travel companion