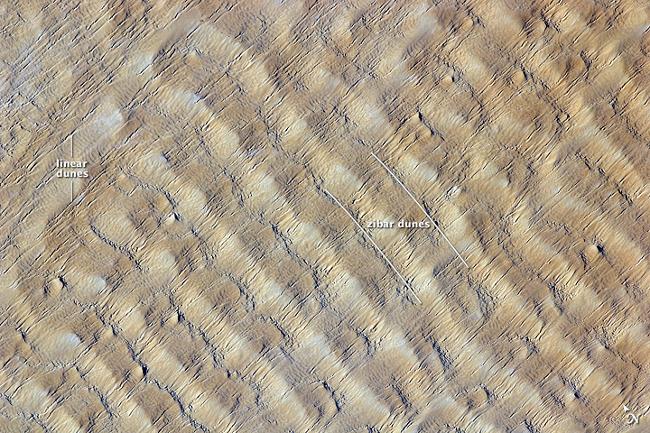 Not until 1993, 35 years after independence from France, did Niger hold its first free and open elections A 1995 peace accord ended a five-year Tuareg insurgency in the north Coups in 1996 and 1999 were followed by the creation of a National Reconciliation Council that effected a transition to civilian rule by December 1999 In 2009, a coup d'Ã©tat toppled the elected government, and Niger is currently controlled by a military junta

Niger's economy centers on subsistence agriculture, animal husbandry, reexport trade, and increasingly less on uranium, because of declining world demand The 50% devaluation of the West African franc in January 1994 boosted exports of livestock, cowpeas, onions, and the products of Niger's small cotton industry The government relies on bilateral and multilateral aid â which was suspended following the April 1999 coup d'etat â for operating expenses and public investment In 2000-01, the World Bank approved a structural adjustment loan of $105 million to help support fiscal reforms However, reforms could prove difficult given the government's bleak financial situation The IMF approved a $73 million poverty reduction and growth facility for Niger in 2000 and announced $115 million in debt relief under the Heavily Indebted Poor Countries HIPC initiative Niger is the second poorest country in the world

The official language in Niger is French, though very few people speak it outside Niamey, and even there do not expect a high level conversation with the traders at the markets The local languages include Djerma spoken mainly in Niamey and the bordering Tillaberi and Dosso regions, Hausa, Fulfulde and Tamashek spoken by Tuaregs in north, and Kanuri spoken by Beri Beri English is of no use outside American cultural center and few big hotels of Niamey However, you will find English-speakers in border towns along the Nigerian border, such as Birni N Konni and Maradi These people are usually from Nigeria to the south and in general want something from you As friendly as they may be, always listen to a professional guide over anyone that speaks some English

If you learn about 20 phrases in a local language, you will gain respect in a heartbeat Simply greeting people in their local tongue will make your trip there smoother than you would have ever thought possible

Some Arabic words are also common:

American dollars and other foreign currency are not accepted as currency, only to exchange into local money via a bank or black market Exception: near the border of Nigeria, Nigerian currency naifa is accepted

Bargaining and haggling is essential and expected It's best to have a low price and a maximum price in mind before entering into a negotiation If the price is higher than you want, just say thanks and walk away: if you were offering a fair price you will be called back If you were offering too low a price, you won't be called back, but you can always go back later and offer more

Food and eating in Niger

Availability varies widely by region, but visitors may wish to try the following delicious specialties, usually available as street food:

Keep in mind that drinking alcohol is generally forbidden in Muslim culture, so take extra care to keep drunken inappropriate behavior behind closed doors and out of the public eye

The national beer is called, appropriately, Biere Niger The only other locally produced beer is a franchise of the French West-African Flag brewery While taste is in the eye of the beerholder, Biere Niger is decent Both are brewed in the same tank from the same ingredients with the slightest variation on how much reconstituted malt they put in each batch All other beer, boxed wine, and hard liquor is imported

In rare pockets of the capital you can find millet beer homebrew, brewed by Burkinabe immigrants This is drunk out of calabash gourd bowls Some compare the taste to a dry, unsweetened cider See the Niamey section for directions

Locally-made non-alcoholic drinks are delicious Safety depends on the water quality: generally ok in the capital and NOT ok in rural areas They are sold either sold by women out of their houses ask around, by young girls from trays on their heads, or by young boys pushing around coolers These drinks include:

To drink, you bite the corner off of the bag

Accommodations can generally be had quite cheaply throughout Nicaragua Options range from simple hammocks $2-$3, to dorm rooms in hostels $5-9, to private double-bed "matrimonial" rooms $10-35, depending on presence of TV, A/C, and private bathroom You will find more expensive hotel accommodations in some cities as well

While Barrio Martha Quezada has typically been a budget destination for visitors to Managua due to its many inexpensive hotel options, it has become increasingly dangerous, especially for tourists, with robberies occurring in broad daylight Unless you need to be in this area to catch an early morning bus from a nearby terminal, it is advisable to avoid Martha Quezada, particularly since it is far from what is termed the "new" center of Managua The area near the Tica Bus station has a reputation for being dangerous as well, and tourists may be well advised to take a cab directly to and from the station, even if the walk is short Backpackers Inn near MetroCentro 5min by taxi from the UCA microbuses, Hotel San Luis in Colonia Centroamerica 5 min by taxi from Mercado Huembes bus terminal are good budget options in safe neighborhoods, as are numerous hotels of various prices in neighborhoods around the new center near Metrocentro and Caraterra Masaya ie Altamira, Los Robles, Reparto San Juan

The Managua Backpackers inn is a great place to stay while in Managua It is very clean and it is in a quiet neighborhood The owners are amazing and if your lucky, you might have a beer with one of them at night There is a pool and free internet access and wi-fi on location A kitchen is also available for use

Look for pensiones or huespedes or hospedajes as these are the cheapest sleeps costing under US$5 They are usually family owned and you'll be hanging out with mostly locals Make sure you know when they lock their doors if you are going out at night Hotels have more amenities but are more expensive There are some backpacker hostels in Granada, San Juan del Sur, Isla Ometepe, Masaya, Managua, and Leon otherwise it's pensiones all the way

Volunteering would be your best bet here, as many people in the rural areas have been hit by drought

What do you think about Niger?

How expensive is Niger?
(1 XAF = 0 USD)
TripAround.org, your travel companion