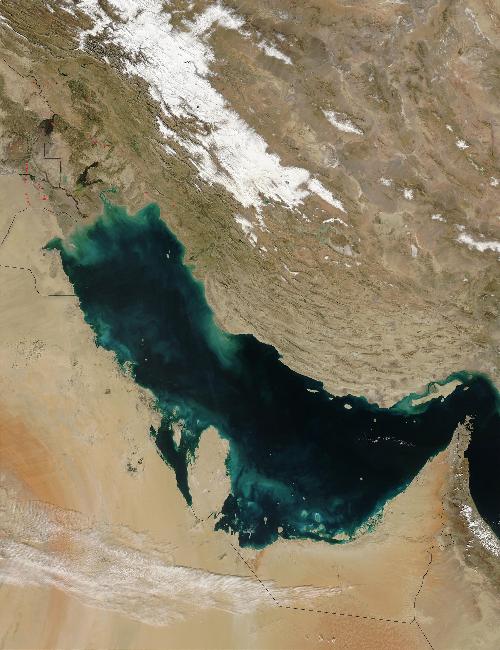 Until Sultan Qaboos bin Said exiled the previous Sultan in 1970, Oman was an under-developed nation, and almost completely closed to visitors Since that time, education, public works and tourism have taken off throughout the country

Omanis are friendly people and are very helpful to tourists In turn, tourists should respect the ways and traditions of the Omani people

Omanis are proud of both their country's rapid progress and their heritage as one of the great sea-faring nations Excellent schools and hospitals, good governance, and on-going infrastructure improvement are all important characteristics of this once introverted and closed nation

Sumerian tablets refer to a country called Magan, a name thought to refer to Omanâs ancient copper mines The present-day name of the country is believed to originate from the Arab tribes who migrated to its territory from the Uman region of Yemen Many tribes settled in Oman making a living by fishing, herding or stock breeding and some present day Omani families are able to trace their ancestral roots to other parts of Arabia

From the 6th century BC to the arrival of Islam in the 7th century AD, Oman was controlled and/or influenced by three Persian dynasties, the Achaemenids, Parthians and Sassanids By about 250 BC the Parthian dynasty brought the Persian Gulf under their control and extended their influence as far as Oman and established garrisons in Oman In the third century AD the Sasanids succeeded the Parthians and held the area until the rise of Islam four centuries later

The climate generally is very hot, with temperatures reaching 54 Â°C 1292 Â°F in the hot season, from May to September

Annual rainfall in Muscat averages 100 mm 39 in, falling mostly in January Dhofar is subject to the southwest monsoon, and rainfall up to 640 mm 252 in has been recorded in the rainy season from late June to October

While the mountain areas receive more plentiful rainfall, some parts of the coast, particularly near the island of Masirah, sometimes receive no rain at all within the course of a year

Arabic is the national language, however most Omanis will speak good to excellent English, and particularly so in major tourist areas and cities In the southern Zufar Dhofar region, a Semitic language called "Jibbali" is spoken Swahili and Balushi are languages spoken by ethnic minorities in Oman especially in the capital Muscat The historical presence of Indian traders has meant that Hindi is understood in some urban areas An English-speaking traveller should have no language difficulties unless he or she really travels "off the beaten track"

What to see in Oman

Oman is famous for its historic forts which are the country's most striking cultural landmarks There are over 500 forts and towers which were the traditional defence and lookout points to deter potential invaders Some of the best examples are conveniently located in the capital, Muscat Jalali and Mirani forts stand at the entrance to Muscat Bay and date from the early 16th century

Oman's beaches are major breeding locations for various species of sea turtle Masirah Island is the perhaps best bet where four species breed, including the largest number of leatherbacks anywhere in the world

The currency in Muscat is the Omani rial OMR One rial is made of one thousand Baisa The rial is officially tied to the US dollar at 1 rial = 258 dollars; exchange rates on the streets are a percent or two lower

There are ATMs at the airport and plenty of them in Muscat and every main town, although not all of them take foreign cards You can change foreign currency at the counters inside the airport and at money exchanges throughout Oman

The Omani national symbol is the silver-sheathed dagger known as the khanjar These vary widely in quality and cost, but almost every shop will stock several different models Most of the modern ones are made by Indian or Pakistani craftsmen under Omani direction, while many are actually made in India or Pakistan There is a large variety in quality, from the handles to the sheath The best handles are made of silver-adorned sandlewood, while the lesser quality handles are made of resin Look carefully at the sheath to determine the quality of the siver work A good quality khanjar can cost upwards of 700 OMR Typically, those will come in a presentation box, and include a belt

Another reminder of the country's tribal past is the walking stick known as arsaa This is a cane with a concealed sword in it, which can prove quite a talking point at home Unfortunately, in many countries, it will prove a talking point with customs officials rather than friends and family In Musandam, the khanjar is frequently replaced by the Jerz as formal wear, a walking stick with a small axe head as the handle

Omani silver is also a popular souvenir, often made into rosewater shakers and small "Nizwa boxes" named for the town from which they first came Silver "message holders" known as hurz, or herz, often referred to in souks as "old time fax machines" are often for sale as well--if you object to buying religious artefacts as souvenirs, you might want to give these a pass as they were originally created by Jews in the region to carry scripture verses Many silver products will be stamped with "Oman" on them, which is a guarantee of authenticity Only new silver items may be so stamped There is a large quantity of 'old' silver available which will not be stamped Although it may be authentic, stamping it would destroy its antique value Caveat Emptor is the watch word Stick to reputable shops if you are contemplating buying antique Omani silver of any sort

There is a wonderful selection of Omani silver available as jewelery as well You should avoid the Muttrah souk since many items there are not genuine Omani items Instead visit Shatti Al Qurm just outside of Muscat, or the Nizwa Fort, to name two places with reputable shops

The distinctive hats worn by Omani men, called "kuma" singular, are also commonly sold, particularly in the Muttrah Souk in Muscat Genuine kumas typically range from 80 OMR and up

As one might expect, Oman also sells many perfumes made from a great number of traditional ingredients Indeed, the most expensive perfume in the world Amouage is made in Oman from frankincense and other ingredients It retails at somewhere around the OMR50 mark You can also find sandlewood, myrrh, and jasmine perfumes

Opening hours during the holy month of Ramadan are very restricted Supermarkets are less strict, but don't rely on being able to buy anything after iftar At noon, most shops are closed anyway, but this is not specific to Ramadan

Using credit cards in shops is hit or miss It is better to get cash at an ATM Small bills are hard to come by but necessary for bartering Unless you are in a supermarket, restaurant, or mall, barter for everything, being polite at all times Don't rely on dime novels you may have read where the buyer insults the seller for your bargaining technique

Food and eating in Oman

The food is mainly Arabic, Lebanese, Turkish, and Indian Many Omanis make a distinction between "Arabic" food and "Omani" food, with the former being the description of the standard dishes found throughout the Arabian Peninsula

Omani food tends to be less spicy and served in quite large portions - whole fish are not uncommon at lunch in some local restaurants sticking to local food, it is quite easy to eat a substantial meal for less than OR2 As benefits of a country with a long coastline, seafood is quite a common dish, particularly shark, which is surprisingly tasty True traditional Omani food is hard to find in restaurants

Omani sweets are well-known throughout the region, with the most popular being "halwa" This is a hot, semi-solid substance which behaves a little like honey and is eaten with a spoon The taste is similar to Turkish Delight Omani dates are among the best in the world and can be found at every social place and at offices

American fast food chains, especially KFC, McDonalds, and Burger King, are not hard to find in the bigger cities, especially Muscat and Salalah

In Khaboora you can get Pakistani Porotta They are double the size of Indian Porottas and look like pappadams But they taste like porottas and are much thinner and delicious Three porottas are available for the equivalent of Rs11 Traditional Omani Khubz bread is hard to find outside of an Omani home, but for an experience one should try hard not to miss This traditional bread is made of flour, salt and water cooked over a fire or gas stove on a large metal plate The bread is paper-thin and crispy It is eaten with almost any Omani food, including hot milk or chai tea for breakfast-- "Omani cornflakes"

In Sohar you may get an excellent lunch with Ayla curry, Ayla fry and Payarupperi Expect to pay only 400 Baisa Rs44 which is considered very low lunch price here

Bottled drinking mineral water is easily available at most stores Tap water is generally safe; however, most Omanis drink bottled water and to be safe, you should too

During Ramadan, drinking anything in public is prohibited, even for foreigners Take care to drink in the privacy of your room

In recent years, Oman has been attempting to turn itself into something of a five-star destination for well-heeled travellers This does not pose a problem to the budget-minded in Muscat, and even outside of the capital there is still a range of budget options In some parts of the country, however, accommodation may be limited to higher-end hotels and resorts

Working in Oman requires that you hold a residence permit In common with other Gulf countries, you must be sponsored by an employer to obtain a residence permit It's not uncommon for people to enter on a tourist visa then look for a job - this is fine Penalties for the employer are substantial if they are caught employing illegals, although this naturally varies depending on how good their connections are

The majority of positions are filled by expats from the sub-continent Positions for Europeans tend to be restricted to upper management levels or specialised occupations, so don't expect to pick up a position as you pass through unless you are prepared to work for very little!

What do you think about Oman?

How expensive is Oman?
(1 OMR = 0 USD)
TripAround.org, your travel companion