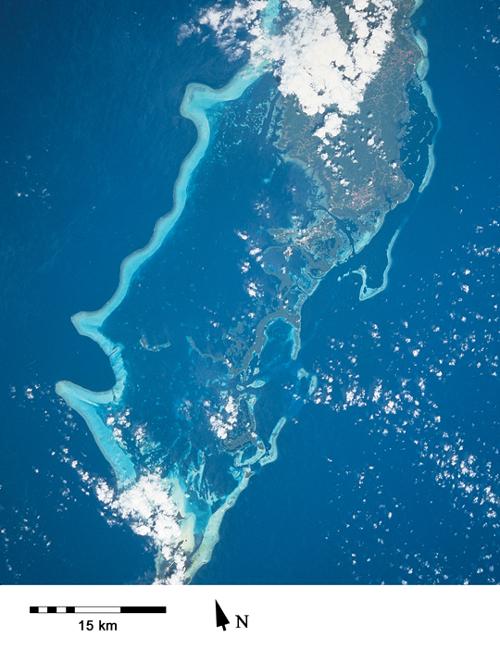 After three decades as part of the UN Trust Territory of the Pacific under US administration, this westernmost luster of the Caroline Islands opted for independence in 1978 rather than join the Federated States of Micronesia A Compact of Free Association with the US was approved in 1986, but not ratified until 1993 Palau officially became independent on October 1, 1994

Early Palauans may have come from Polynesia and Asia Depending on the origin of a family, Palauans may represent many parts of Melanesia, Micronesia and Polynesia However, they are not traditionally considered to be Micronesian For thousands of years, Palauans have had a well established matrilineal society, believed to have descended from Javanese precedents

Palau had limited relations before the 18th century, mainly with Yap and Java Had it not been for shipwrecked islanders who took refuge in the Philippines, Europeans likely would not have found Palau until much later Englishman Captain Henry Wilson was shipwrecked off the island of Ulong in 1783 and it was Wilson who gave the archipelago the name "Pelew Islands"

In the late 19th century, possession of the islands was claimed by Britain, Spain, and Germany In 1885, the matter was brought to Pope Leo XIII for a decision The Pope recognized the Spanish claim, but granted economic concessions to Britain and Germany Palau then became part of the Spanish East Indies, along with the Northern Mariana Islands, the Caroline Islands and the Marshall Islands They were all administered from the Philippines Spain sold the Palau archipelago to Germany in 1899 after which it was administered from German New Guinea, and a period of economic development began German engineers began exploiting the islands' deposits of bauxite and phosphate, and a rich harvest in copra was made WWI intervened and the German period lasted only 15 years after which the League of Nations awarded Palau to Japan The Japanese presence made Palau a major target for the Allied forces in World War II, and there were many several major battles in the area

Palau enjoys a tropical climate all year round with an annual mean temperature of 82 Â°F 28 Â°C Rainfall can occur throughout the year, averaging a total of 150 inches 3,800 mm The average humidity over the course of the year is 82%, and although rain falls more frequently between July and October, there is still much sunshine Typhoons are rare, as Palau is outside the main typhoon zone

English and Palauan are the official languages, although some islands also give official status to their own languages

What to see in Palau

What to do in Palau

Palau is most famous for scuba diving One of the most famous dive sites - Blue Corner, with constant sharks and a high current - is located less than 1 hour's boat ride from most resorts Many live aboards like Ocean Hunter operate out of Palau There are also tours to WWII battle fields on Palau

The Blue Corner, German Channel, Ulong Channel and Blue Holes are all amazing dive sites You can dive the same site again and again and have completely different experiences each time

Palau is also famous for its jellyfish lakes These lakes contain jellyfish which have evolved away their stingers in the absence of predators There are many tours which will go to the jellyfish lake to snorkel SCUBA diving is not permitted, nor is necessary, in the jellyfish lake Palau Jellyfish Lake 4 is included in the category of natural phenomena and scientific mysteries

Splash6, the dive shop attached to the Palau Pacific Resort is recommended The equipment available for rental is of high quality, and either new or well maintained The dive masters are also very experienced, responsible and know the dive sites very well Angelo at Splash is highly recommended as a dive master especially if you have not dived in stronger currents It should be noted that Splash runs a rather large, wide diveboat, containing 20+ divers

Fish 'n Fins 7 is the oldest dive center in Palau They currently have two live-aboard vessels, as well as seven smaller and faster! dive boats, operating from the base in Koror The guides are very professional and are more than willing to share their extensive knowledge of the ocean and the life in it Divers can use Nitrox EAN 32 for the same price as air Gas mixtures for technical divers are also available

Sam's Tours8 is another dive shop in Palau that offers diving, snorkeling, kayaking, fishing and land tours They have some great guides that provide educational and environmental information about the locales Sam's Tours uses small, fast narrow boats which carry 4~8 divers

Palau uses the US dollar as its currency

As you might expect from a remote island where tourism is the main industry, prices are comparatively high, and even a low-end daily budget would be around US$100/day

Food and eating in Palau

Several other places of note in Koror are the Taj, an excellent Indian restaurant, Fuji, a reasonably-priced pseudo-Japanese restaurant or Dragon Tai on the way into Koror

Red Rooster BeerDespite its size Palau has a small brewery, to be found next to the West Plaza by the Sea hotel see below It offers Amber and Stout and three other beers Abai Ice in Koror is a small hut that offers fresh fruit smoothies -- highly recommended

Many licensed establishments in Palau -- from quiet little bars to "Japanese"-style karaoke bars complete with bar girls For a decent affordable drink, try Sam's Dive Shop or High Tide behind Neco dive shop Alcohol is readily available at most stores Public drinking is not allowed, and the local police are more than happy to inconvenience you if you are caught

Palau offers a number of guest house style boutique accommodations Some are close to or within Koror, some are not These are available for international bookings via dive shops that offer holiday packages such as Sam's Tours9 Prices range from US$50 a night upward

There are lots of reasonably high end resorts on Palau, most catering for scuba divers

What do you think about Palau?

How expensive is Palau?