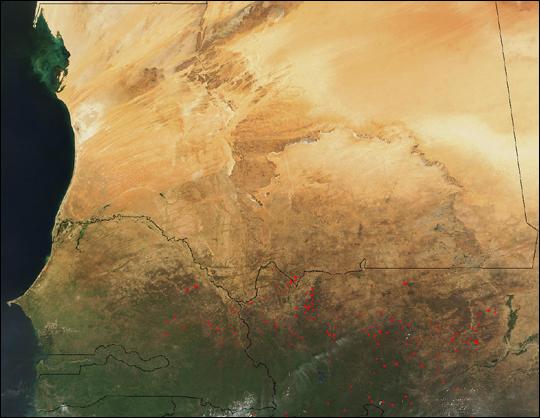 Independence : 4 April 1960 from France; complete independence was achieved upon dissolution of federation with Mali on 20 August 1960

Independent from France in 1960, Senegal joined with The Gambia to form the nominal confederation of Senegambia in 1982 However, the envisaged integration of the two countries was never carried out, and the union was dissolved in 1989 Despite peace talks, a southern separatist group sporadically has clashed with government forces since 1982 Senegal has a long history of participating in international peacekeeping

Wolof is the native language of some Senegalese people, but you will find that almost everyone speaks it Knowing the basic Wolof greetings and phrases will go a long way in getting you better service and prices

The Senegalese people learn French in school and it is a very useful language for travellers to know While some Senegalese merchants speak English, most business is conducted in French or Wolof Other languages used in Senegal include Sereer, Soninke, Pulaar, Jola, and Mandinka are spoken

The basic Muslim greeting is often used: Salaam Aleikum - Peace to you The response is Waleikum Salaam - And unto you peace

What to do in Senegal

If you want to explore the country by rented car, you need one

Buy at least a mosquito net preferably permethrin-impregnated and a good repellent preferably DEET-based Also, many outdoor retailers in the US sell bottles of Permethrin that can be washed into clothing and will remain in the garment for a month before the effectiveness of the product wears off and should be reapplied

Food and eating in Senegal

Be careful with food prepared by the road, as it could be cooked in unsanitary conditions Western-style meals are available and can be found at restaurants in various parts of Dakar, Thies, Saint Louis and other towns and near the big hotels in the Petite CÃ´te and in some other touristic regions of the country too If you really want to try the genuine Senegalese food you can buy it at restaurants serving Senegalese dishes or alternatively, you can make it yourself with the food gathered fresh from the markets or supermarkets

The official dish of Senegal is ceebu jen or thebou diene -- rice and fish It comes in two varieties red and white -- named for the different sauces The Senegalese love ceebu jen and will often ask if you've ever tried it, and it is definitely part of the experience Even better if you get the chance to eat with your hands around the bowl with a Senegalese family! Keep your eyes out for the delicious, but elusive ceebu jen "diagga" which is served with extra sauce and fish balls Other common dishes are Maafe, which is a rich, oily peanut-based sauce with meat that is served over white rice "Yassa" is a delicious onion sauce that is often served over rice and chicken, "Yassa poulet" or with deep fried fish "Yassa Jen"

If you intend to explore the arid area of Senegal Saint-Louis & Ferlo, you need to drink several liters of water a day Even in Dakar, dehydration is possible during warmer months if you do not drink enough water each day

Hotels of all types are available throughout the Kingdom Most tourist cities ie Makkah, Medina, Taif, Al Abha will also have very affordable and spacious shigka-maafroosha short-term furnished rental apartments Shigka-maafroosha owners generally loiter in hotel lobbies Often, they will approach civilized-looking people generally families and make an offer Prices for shigka-mafrooshas and small hotels are always negotiable to a great degree Smaller hotels will only accept cash, normally in advance

Larger, more expensive hotels are abundant in all major cities After the lull caused by the insurgency in 2003, prices have been rising again, and you can expect to pay north of US$200 for a weekday night at a good hotel in any of the big Saudi cities In exchange, you usually get excellent service and the ability to work around some restrictions eg restaurants that stay open through prayer hours and daytime room service during Ramadan

There are quite a few jobs for expatriates in Saudi Arabia While the pay is good, foreigners often find that the strictly Muslim society and the near-total lack of employees' rights makes the country a most difficult place to work and live

To get a working visa, you must have a Saudi sponsor Then to get an exit visa, you need your sponsor's signature This can lead to major problems

What do you think about Senegal?

How expensive is Senegal?
(1 XOF = 0 USD)
TripAround.org, your travel companion