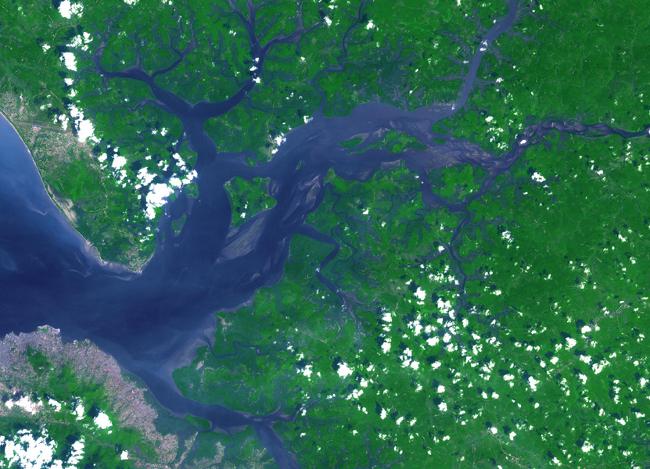 Sierra Leone will celebrate its 50th anniversary of independence from Britain in 2011 Since the end of its civil war in 2002, the government, with considerable international assistance, has made modest improvements in the country's infrastructure which should help the tourism sector: the highway linking Freetown and Bo is now tarred from start to finish and Bumbuna hydroelectric dam supplies electricity when water levels are high enough both completed in 2009 While the government sector still suffers from chronic shortage of resources, the private sector is booming The potential for tourism is vast, but largely unrealised Tourists are starting to return and tour operators are looking closely at what the country has to offer Sierra Leone is rich in natural resources It has some of the best beaches in the world, a rich colonial heritage, and some stunning scenery, but its greatest asset is its welcoming, friendly populace, most of whom will go out of their way to make a foreigner comfortable

Sierra Leone has a tropical climate, typified by warm temperatures and high humidity Night time temperatures rarely drop below 24C and daytime temperatures reach 30C throughout the year From October to March the weather is generally dry with many fine, hot, sunny days From April to September, is the rainy season The rainfall increases to a peak in July and August and then decreases until rain has almost ceased by November

Electricity is officially 220V/50Hz Sockets are British standard Supplies are unreliable, but improving Sierra Leone does not have sufficient generation or distribution capacity to meet demand, however parts of Freetown do now get a reasonable supply The Bumbuna Dam Project is now operational 6 November 2009, which provides 50MW of electricity to the capital, with more power expected on-line during 2010 Mains electricity is only available in Freetown, Bo and Kenema, and comes and goes unpredictably

English is the official language, but regular use is limited to the literate minority Krio, an English-based creole, serves as the country's lingua franca and is a first language for the Creoles minority of descendants of ex-slaves from the Americas and United Kingdom but it is understood by 95% of the population of the country

What to see in Sierra Leone

The beaches of the Freetown peninsula are spectacular, and on an average day, deserted There are at least ten that could be described as world-class

Bonthe Town, on Sherbro Island, is a former British Colonial Town, with several beautiful stone churches, and a rich culture

Rural West African villages: experience hospitality and the tranquility of the bush

What to do in Sierra Leone

Vallee de Mai is a national park and world heritage site, home to amazing flora and fauna, including the world's largest seed: the coco de mer

Aldabra Atoll: The world's largest coral atoll that stretches about 22 miles east to west and encloses a huge tidal lagoon Aldabra is the original home of the giant land tortoise and tiger sharks and manta rays can also often be seen here

Watersports: The warm Indian Ocean waters make Seychelles the perfect place for the water enthusiasts Explore on the board of a yacht, power boat, catamaran or sailboat Windsurfing is also popular and the best time for this activity is usually around May and October, at the start and end of the trade winds

Scuba diving, snorkeling, and fishing are also extremely popular and can be done almost anywhere in Seychelles Baie Ternay is superb and easily acccessible by glass bottom boat tour from Beau Vallon beach - leave yourself an empty day and walk the beach for a 'last minute' booking - great deals can be bartered

Land Sports: Golf, tennis, squash, badminton, horseback riding, biking and hiking are some of the recreational activities available on the Seychelles Islands Bike rentals and walking tours are great ways to sightsee and since distances are relatively short and the scenery is beautiful, walking is probably the best way to see the islands Bird watching is also popular and the islands are home to many of the worlds most treasured and rare species of animals The best place to do so is Cousin Island which although only 1 km 06 miles in diameter, is home to more than 300,000 birds

Nightlife: Do not miss most popular Nightclub "Lovenut" in the center of Victoria, 100meters walk from central Taxi station

Seychelles also has numerous markets, art galleries and shops, colonial Creole-style plantation houses, and the main island of MahÃ© has six museums, a botanical garden, and several national monuments The market downtown Victoria has a good selection of local produce, and spices for sale that are all grown locally and 100% authentic

The unit of currency is the Leone, symbol Le Leone coins have the value Le50, Le100 and Le500 Bank notes are Le1000, Le2000,Le5000 and Le10000 On May 14th 2010, new bank notes were introduced The new notes are slightly different in size to the originals and are supposedly more durable The old Le500 note has not been replaced The designs are very similar to the old notes The new notes far outnumber the old type as of the end of May 2010, so it can be expected that people will not want to accept the old notes for much longer The old type can be exchanged at banks for one year after the launch date of the new notes

Exchanging money is very easy, either through the black market or banks The small bank at the airport offers reasonable rates GBÂ£, Euro or US$ are most popular, although others are possible

Credit cards are accepted in a few supermarkets, restaurants and hotels Visa only The airport duty free shop does take major cards Some of the other hotels are planning to take cards It is possible to get money from some banks with a credit card, but the process can be long and rather costly There are ATMs in Freetown most are not internationally linked Pro Credit Bank has ATMs that accept international Visa cards

Food and eating in Sierra Leone

The main staple of Sierra Leonean food is rice, often accompanied by soup ie stews These stews may include a flavorful and often spicy mix of meat, fish, seasonings, greens, etc, often taking hours to prepare There are plenty of good quality restaurants offering a variety of local and international dishes

The diet of Sierra Leoneans like many African country is very healthy Many tend to eat fresh fruits picked from trees growing in their homes or freshly picked by market vendors that very day They also eat seafood particularly in the Capital Freetown which seats on the Atlantic It is common to go to areas such as Lumley Beach where one can find local fishermen pulling in nets from the Atlantic filled with food such as crabs, lobsters, oysters, snappers and many, many more

The locals of Sierra Leone keep healthy by eating many plant-based dishes which are high in fiber, such as cassava leaves, potato leaves, okra, and more

The national brewer Sierra Leone Breweries Limited produces the high quality Star beer Many European beers are also imported As in many African countries, Guinness widely popular Soft drinks such as Coca Cola and Fanta are locally produced Wine is available from restaurants and supermarkets, but can be expensive Local brewed palm wine called "poyo" in Krio, is very popular throughout Sierra Leone

There are some excellent hotels/guesthouses in Freetown Facilities are very limited in other cities, although improvements are being made Makeni now has at least one good hotel Good budget accommodation for leisure can be found in Banana Island

Many British and American citizens, as well as other Europeans, find short-term volunteer work with international or local NGOs Finding paid work can be more challenging, but not impossible, especially if you are trained in a field that is lacking qualified locals A $1000 work permit is required whether or not the work is paid

What do you think about Sierra Leone?