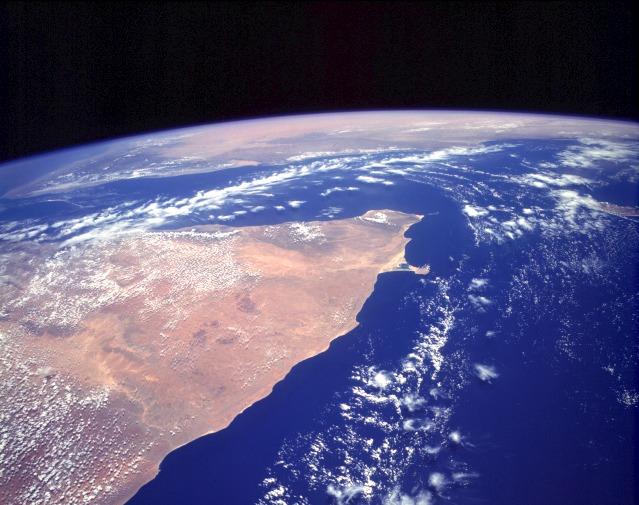 The history of the Somali people dates back many centuries The first time the word Somali was mentioned in a history book was 3500 years ago, when the queen of Egypt Hatshepsut sent a fleet of 5 large ships and a crew of 250 men to Somalia which the Egyptians called The Land of Punt Punt means âthe land of spicesâ from the aromatic plants that grow there The Egyptians wanted to trade and they brought jewels and glass beads that they exchanged for gold, elephant tusks, myrrh, ostrich feathers, spices and different beads Some of these items, especially the aromatic ones, were used by the Egyptians in their religious festivals and celebrations

Between the 7th and 9th Cent immigrant Muslim Arabs and Persians established trading posts along the Somali coast In the 14th century Ibn Battuta, the great Berber traveller, visited Mogadishu and wrote about the people, their food and clothing and how they ruled themselves In his book he mentioned that the people in the city were very fat and everybody ate as much as they could The Mogadishans wore very nice white clothes and turbans and their sultan was very powerful

Somalia was an unknown country for European explorers until the Portuguese explorers reached the coastal cities of Somalia on their way to India They called it Terra Incognita, which means the unknown land These new discoveries encouraged many other European navigators to sail on the Somali coasts

British, Italian and French imperialism all played an active role in the region in the 19th century In 1884 at the European powers' conference in Berlin, Somalia was divided into five parts to dilute the homogeneity imposed by its language, religion, and race

The colonial powers divided Somalia into British Somaliland in the north, Italian Somalia in the south, the French Somali coast in Djibouti, Ogaden in the west and NFD In the early 20th century a Somali resistance against these colonial powers started, led by Sayed Mohammed Abdullah Hassan, whom the British gave the nickname "Mad Mullah" He began his opposition after returning from Mecca and established his own army, which he called the Dervishes He recruited from the local people and built his own headquarters in Taleex In 1901 the fighting started between British and local Somali forces and it was the beginning of a long struggle that resulted in Somali independence

Somalia is principally desert Major climatic factors are a year-round hot climate, seasonal monsoon winds, and irregular rainfall with recurring droughts Mean daily maximum temperatures range from 30 Â°C to 40 Â°C 85â105 Â°F, except at higher elevations and along the east coast Mean daily minimums usually vary from about 15 Â°C to 30 Â°C 60â85 Â°F The southwest monsoon, a sea breeze, makes the period from about May to October the mildest season at Mogadishu The December-February period of the northeast monsoon is also relatively mild, although prevailing climatic conditions in Mogadishu are rarely pleasant The "tangambili" periods that intervene between the two monsoons OctoberâNovember and MarchâMay are hot and humid

Somali is the official language in Somalia However, Arabic is spoken by many and represents a secondary language As the Somalis are almost exclusively Sunni Muslims, Somali has borrowed much religious terminology from Arabic, although there are also Persian or Arabic loan words for everyday objects eg Somali albab-ka the door, from the Arabic Ø§Ù Ø¨Ø§Ø¨ al baab While the southern part of the country was a former protectorate and colony of Italy, it is unclear just how much Italian is still spoken Many Somalis speak English to communicate with the people who generally handle all of the menial jobs in their country If you can learn a few words of Somali, your hosts and any other locals that you may meet will be very impressed and appreciative

What to see in Somalia

The Somali beach near Mogadishu is very beautiful Families usually go on weekends It is important to be aware that women must swim fully clothed, as Sharia law is strictly enforced, and does not permit women to show much of their bodies or to mingle with men It is not clear as what the situation is like currently In other circumstances, the beach would make for an ideal destination; however, the general threat of banditry, armed conflict and especially piracy along the coast make this, along with every other option in the country, risky

The currency used in Somalia is the Somali Shilling sos Currently only the 1000 shilling note is used, and doesn't go far a glass of unpottable water will cost 1000sos The current exchange rate of 100 US dollars to Somali shilling is 3,300,000 as of May 2008 Much more useful is goods with which you could barter

The Bakaara Market Somali: Suuqa Bakaaraha is a Mogadishu open market and the largest in Somalia

Bakaara Market in the heart of Mogadishu The market was created in late 1972 during the reign of Siad Barre regime Proprietors sold and still sell daily essentials including staples such as maize, sorghum, beans, peanuts, sesame, wheat and rice, petrol and medicine Despite a new Coalition government taking control, Somali markets continue to operate largely in the absence of regulations A wide array of weaponry is also sold, with guns sometimes being the only thing for sale at some markets Currently, 80% of Somali males own a weapon Be very cautious, as customers will often test their new weapons by firing into the air

Food and eating in Somalia

Somali meals are meat driven, vegetarianism is relatively rare Goat, beef, lamb and sometimes chicken is fried in ghee, or grilled or broiled It is spiced with turmeric, coriander, cumin and curry and eaten with basmati rice for lunch, dinner and sometimes breakfast

Vegetables appear to largely be side dishes, and often are woven into a meat dish, such as combining potatoes, carrots and peas with meat and making a stew Green peppers, spinach and garlic were also noted as the types of vegetables most commonly eaten Bananas, dates, apples, oranges, pears and grapes are among some of the more popular fruits a raw, sliced banana is often eaten with rice But in Somalia, Somalis had a much larger selection of fruits - like mango and guava - from which they would make fresh juice Somali stores, therefore, carry among the widest selection of fruit juices, both Kern1s juices as well as imports from India and Canada And there is also a selection of instant juice: frozen or available as a powder

The overriding characteristic of the Somali diet is that it consists of halal foods Arabic for "allowable" as opposed to haram: "prohibited" Somalis are Muslims and under Islamic Law or Shar'1ah, pork and alcohol are not allowed

Other common foods include a type of homemade bread called injera like a large, spongy pancake and sambusas like the Indian samosas, which are deep-fried triangular-shaped pastries filled with meat or vegetables

The Cuisine of Somalia varies from region to region and consists of an exotic mixture of native Somali,Yemeni, Persian, Turkish, Indian and Italian influences It is the product of Somalia's rich tradition of trade and commerce Despite the variety, there remains one thing that unites the various regional cuisines: all food is served halal

Somalis adore spiced tea A minority of Somalis drink a tea similar to Turkish tea which they brought from Middle eastern countries to their homeland However, the majority drink a traditional and cultural tea known as Shah Hawaash because it is made of cardamom in Somali, Xawaash or Hayle} and cinnamon bark in Somali, Qoronfil

Islam forbids alcohol and Somalia follows this rather strictly If you do find some, don't show it or drink it in public, as there's a strong chance that you could offend, cause a scene and may even be punished by authorities

As for the coffee kahwa itself, try mirra, made in the Somali style Sometimes spiced with cardamom, it's strong and tastes great, particularly drunk with fresh dates Tea chai usually comes with dollops of sugar and perhaps a few mint leaves na'ana

Bosaso and Hargeisa have some Western-level hotels

What do you think about Somalia?

How expensive is Somalia?