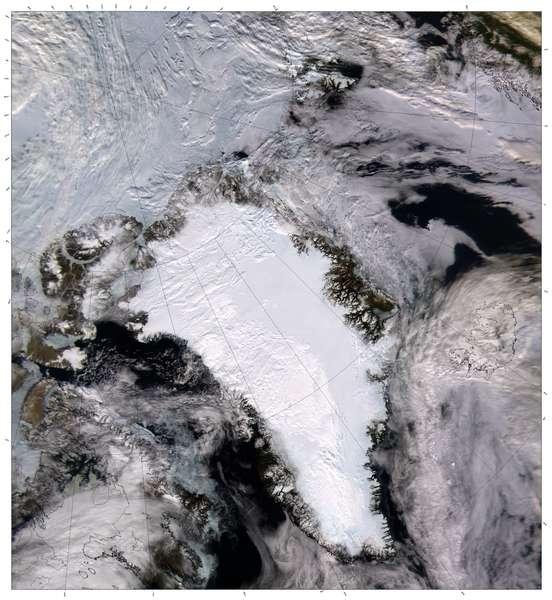 Svalbard is the northernmost tip of Europe and, a few military bases aside, its settlements are the northernmost permanently inhabited spots on the planet Located between the 76° and 81° parallels, they are far more northerly than any part of Alaska and all but a few of Canada's Arctic islands In fact, they would be permanently locked in by ice if not for the moderating influence of the Gulf Stream, and it is this comparative warmth that makes them habitable The islands cover a total of 62,050kmÂ², the largest of which are Spitsbergen, Nordaustlandet and EdgeÃ¸ya The combined permanent population is less than 3000, nearly all of which is concentrated in the main settlements of Longyearbyen and Barentsburg on Spitsbergen

The islands are governed by Sysselmann pÃ¥ Svalbard, literally if slightly awkwardly translated into English as the Governor of Svalbard; this is not a single person, but the administrative team responsible for police, fire, rescue, and other public services on the islands

The islands were allegedly first discovered by Viking explorers in the 12th century However the first recorded voyage here was by the Dutch in 1596, landing on the northwest of Spitsbergen This coast served as an international whaling base during the 17th and 18th centuries Norway's sovereignty was recognized in 1905; five years later it officially took over the territory However, the Svalbard Treaty gives "absolute equality" to other nations wishing to exploit mineral deposits, and Russia continues to maintain a significant population on the island Although part of Norway, Svalbard remains a neutral territory

There is a currently standing treaty that any sign of human presence from before 1946 must remain untouched, including loose objects For this reason, the area around Longyearbyen is littered with interesting artifacts including disused mining equipment, bits of rope and shovels, etc

Coal mining is the major economic activity on Svalbard The treaty of 9 February 1920 gives the 41 signatories equal rights to exploit mineral deposits, subject to Norwegian regulation Although US, UK, Dutch, and Swedish coal companies have mined in the past, the only companies still mining are Norwegian and Russian The settlements on Svalbard are essentially company towns The Norwegian state-owned coal company employs nearly 60% of the Norwegian population on the island, runs many of the local services, and provides most of the local infrastructure There is also some trapping of seal, fox, and walrus Tourism has also become increasingly important and now powers the economy of the main settlement Longyearbyen, changing it significantly Nonetheless, the place is not exactly swarming with tourists

Svalbard is barren, rugged and desolate Its mountains look like giant, precipitous slag heaps: steeply piled stacks of rubble, eroded by rain with peaks jutting out at improbable angles Higher mountains are permanently covered in snow and many valleys are filled with glaciers There are no trees on the islands and the most common vegetation is a brownish green moss, the color of dead grass, that sprouts patchily up the mountainsides However, many exotic Arctic flowers bloom here during the warm season

Svalbard literally means "cold edge", an apt name for this northern land The climate is Arctic, tempered by warm North Atlantic Current Summers are cool July average 61°C and winters are cold January average -158°C, but wind chill means that it usually feels colder The North Atlantic Current flows along west and north coasts of Spitsbergen, keeping water open and navigable most of the year The high travel season is during Svalbard's brief summer, from June to August, when it's light and not too cold outside However, the so-called "light winter" March-May, when there is both sunlight and snow, is also increasingly popular for winter sports

Svalbard features the midnight sun from April 20 to August 23, although the sun itself is often hidden behind dense banks of fog Conversely, the sun stays under the horizon during the polar night from October 26 to February 15

Norwegian and Russian public holidays apply in their respective settlements, but there are a few local festivals of interest:

The official language is Norwegian, although Russian is spoken in Barentsburg Practically everybody in the tourist industry speaks English

What to see in Svalbard

Svalbard's visitors come mostly to experience Arctic nature at its rawest and most powerful The islands feature untouched glaciers and craggy mountains, but also polar bears, a peculiar short legged reindeer, polar foxes, whales, seals and walruses Svalbard is renowned for its variety of birds, including Artic Terns, Artic Fulmar and Puffins

During the short summer, the melting snow in the milder parts of the islands give place to vast stretches of tundra vegetation, sometimes dotted with delicate flowers

Note that although it is technically possible to prepare your own excursion while on Svalbard, the lack of infrastructure, the necessity of carrying and knowing how to use a rifle outside the settlements, as well as the harshness of the environment even during the summer make pre-organized activities with professional guides a necessity for most visitors Activities can be booked online or in Longyearbyen

Longyearbyen has a couple of museums and the world's northernmost church The Soviet-era settlements of Barentsburg, still running fitfully, and Pyramiden, abandoned in the 1990s, make offbeat attractions, being home to among other things the world's two northernmost Lenin statues Both can be visited by cruise or snowmobile from Longyearbyen

What to do in Svalbard

The currency is the Norwegian krone NOK, and this is also accepted in the Russian settlements Svalbard is a tax free zone so a number of shops in Longyearbyen display various items for sale at prices well below mainland Norway's

Svalbard is by most measures horribly expensive: mainland Norway is bad enough, but on Svalbard everything costs even more Accommodation in cheap guesthouses costs on the order of 500 kr/night and sit-down meals nudge up closer to 100 kr each, both figures you can very easily double if you want to stay in a full-service hotel Guided activities start at about 500kr per day eg trekking and kayaking but can go to 1000kr and above for tours requiring specialist equipment

One way to cut costs significantly is to camp and self-cater, bringing all your supplies from the mainland There is however a full service grocery store in Longyearbyen Frozen and dry goods are on par with or even a little cheaper than in Norway, while perishable items arrive via air freight and are more expensive

Svalbard's duty-free status means that alcohol and sports clothing, etc are actually much cheaper than on the mainland

Food and eating in Svalbard

Food on Svalbard is expensive for most visitors, as is anywhere in Norway Local specialities include seal and reindeer, served at restaurants in Longyearbyen

Alcohol is duty-free on Svalbard If youÂ´ve arrived from Norway the bars will seem refreshingly cheap but are still equivalent to London prices If you head over to Barentsburg, Russian vodka can be outright cheap

A popular party trick for glacier cruises is drinks served with glacier ice, purified by natural processes over thousands of years

A range of accommodation is available only on Longyearbyen, which offers camping, guesthouses and luxury hotels Barentsburg and Ny-Ãlesund also have a single hotel each

Citizens of Svalbard Treaty signatory countries need no permits to work on Svalbard; you can even set up your own mine if so inclined In practice, work opportunities are rather more limited, although there is some seasonal tourist industry work available during the summer if you have the requisite skills and language abilities Norwegian will come in handy The Governor of Svalbard does, however, have the right to boot you off the island if you cannot support yourself

What do you think about Svalbard?