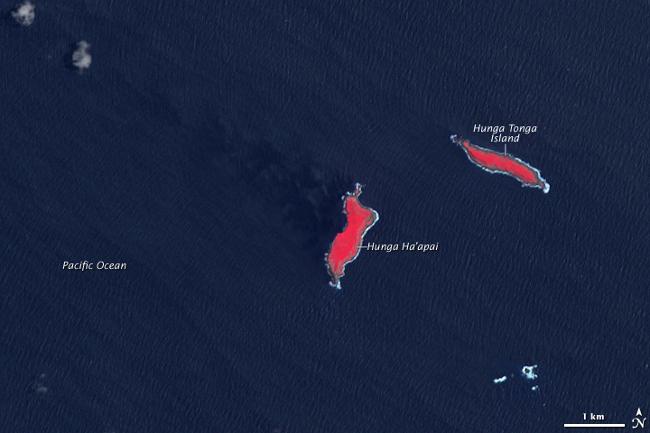 There were pro-democracy riots in Nuku'alofa in November 2006 which left 8 people dead and large portions of the town centre flattened by fire Tonga is one of the last absolute monarchies in the world and is based upon an essentially feudal system where the king disburses land and positions without recourse to any elected body Although Tongan royalty is largely loved and revered by Tongans, younger people have an appetite for stronger accountability and a more modern constitution There are plans for an election at the end of 2010, which will lead to a major reduction in the powers of the King in favour of a more democratic form of governance

Tongan is the most widely spoken language in Tonga English is also widely understood because many of the high schools teach exclusively in English Many Tongans when asked a question they are unsure of or don`t understand will reply with a "Yes" In this case, ask a follow up question and if the reply is still "Yes", ask someone else

What to see in Tonga

What to do in Tonga

Apart from a few historical sites on Tongatapu most things to do in Tonga reflect its island nature Diving, snorkelling, fishing, boat trips, kayaking and kite surfing are all possible There are some lovely beaches if you just want to laze around Tonga has some good restaurants and this is the place to come if you like lobster

Take time to learn a little about Tonga's fairly feudal culture and its many traditions Go to church Even if you are not religious the singing can be very moving Watch tapa cloth being made from mulberry bark and try a drink of kava, the traditional drink, which is a mild narcotic

The national currency is the Pa'anga, or Tongan dollar Denominations are 1, 2, 5, 10, 20 and 50 seniti coins and 1, 2, 5, 10, 20 and 50 Pa'anga banknotes Although Tonga is a developing country, prices for many things are comparable to or slightly greater than New Zealand or Australia Most of what you eat, apart from fish, lobsters, roots and tubers, fruits and vegetables will have been imported A good meal out will cost 30-50 Pa'anga, a beer in a restaurant or bar costs about 5-6 Pa'anga, hiring a car is about 50-60 Pa'anga a day and cigarettes are 7-8 Pa'anga for a pack of 25

Food and eating in Tonga

Tongan feasts are a must-do Tour companies and hotels organize feasts, together with traditional dancing, on several nights of the week on Tongatapu and in Vava'u

Tonga is lively well into the evening, generally becoming suddenly very quiet at around 11PM Expect to see people walking around until late Beer and liquor are available from many outlets, including Fijian, Australian and New Zealand imports to complement the local brews If you are keen to check out native drink, try Kava something like liquid novacaine at least once

There is a wide range of accommodation in Tonga, ranging from luxurious to budget Most have relatively few rooms, though The Tonga Visitors Bureau 4 has a full listing See detailed listings on the pages for Tongatapu, Vava'u and Ha'apai

If you don't work you don't eat Tongans don't want to hear that its hard on the coral beaches lined with palm trees and emerald lagoons There are many opportunities for skilled trades from the streets to the shops, in the schools to the churches and yes from the markets to the office This is a hot spot for skilled navigators spanning throughout 169 villages and 150 islands Some major exports include Vanilla, handcrafts and specialty pumpkins grown for export to Japan Other agriculture sectors include root crops like taro, tapioca, sweet potatoes, yams, coconuts, bananas, mangoes, papayas, pineapples, watermelons and even peanuts

What do you think about Tonga?

How expensive is Tonga?
(1 TOP = 0 USD)
TripAround.org, your travel companion