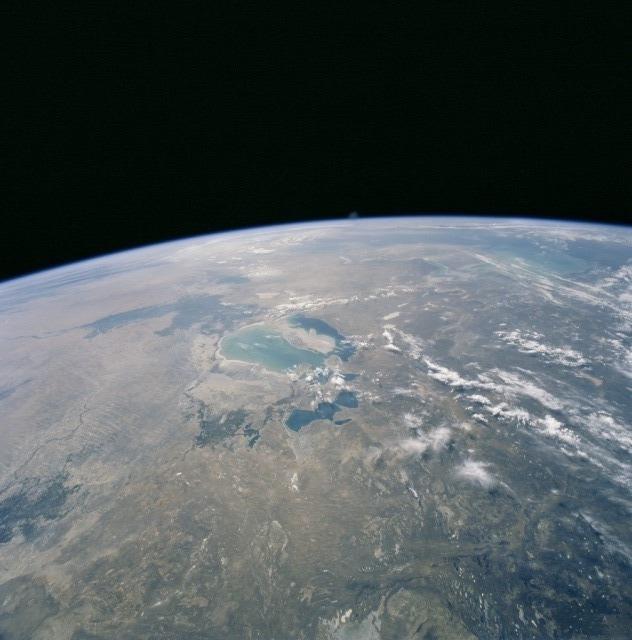 Russia conquered the territory of present-day Uzbekistan in the late 19th century. Stiff resistance to the Red Army after the Bolshevik Revolution was eventually suppressed and a socialist republic established in 1924. During the Soviet era, intensive production of "white gold" (cotton) and grain led to overuse of agrochemicals and the depletion of water supplies, which have left the land degraded and the Aral Sea and certain rivers half dry. Independent since 1991, the country has lessened its dependence on the cotton monoculture by diversifying agricultural production while developing its mineral and petroleum export capacity and increasing its manufacturing base. However, longserving septuagenarian President Islom KARIMOV, who rose through the ranks of the Soviet-era State Planning Committee (Gosplan), remains wedded to the concepts of a command economy, creating a challenging environment for foreign investment. Current concerns include post-KARIMOV succession, terrorism by Islamic militants, economic stagnation, and the curtailment of human rights and democratization.

Uzbekistan is a dry, landlocked country; 11% of the land is intensely cultivated, in irrigated river valleys. More than 60% of the population lives in densely populated rural communities. Export of hydrocarbons, primarily natural gas, provides a significant share of foreign exchange earnings. Other major export earners include gold and cotton. Despite ongoing efforts to diversify crops, Uzbekistani agriculture remains largely centered around cotton, although production has dropped by 35% since 1991. Uzbekistan is now the world's fifth largest cotton exporter and sixth largest producer. The country is addressing international criticism for the use of child labor in its cotton harvest. Following independence in September 1991, the government sought to prop up its Soviet-style command economy with subsidies and tight controls on production and prices. While aware of the need to improve the investment climate, the government still sponsors measures that often increase, not decrease, its control over business decisions. A sharp increase in the inequality of income distribution has hurt the lower ranks of society since independence. In 2003, the government accepted Article VIII obligations under the IMF, providing for full currency convertibility. However, strict currency controls and tightening of borders have lessened the effects of convertibility and have also led to some shortages that have further stifled economic activity. The Central Bank often delays or restricts convertibility, especially for consumer goods. Uzbekistan's growth has been driven primarily by state-led investments and a favorable export environment. In the past Uzbekistani authorities have accused US and other foreign companies operating in Uzbekistan of violating Uzbekistani laws and have frozen and even seized their assets. At the same time, the Uzbekistani Government has actively courted several major US and international corporations, offering financing and tax advantages. A major US automaker opened a powertrain manufacturing facility in Tashkent in November 2011, but there have been no sizable US investments since then. Diminishing foreign investment and difficulties transporting goods across borders further challenge the economy of Uzbekistan.

prolonged drought and cotton monoculture in Uzbekistan and Turkmenistan created water-sharing difficulties for Amu Darya river states; field demarcation of the boundaries with Kazakhstan commenced in 2004; border delimitation of 130 km of border with Kyrgyzstan is hampered by serious disputes around enclaves and other areas Refugees and internally displaced persons: IDPs: undetermined (government forcibly relocated an estimated 3,400 people from villages near the Tajikistan border in 2000-2001; no new data is available) (2012) Trafficking in persons: current situation: Uzbekistan is a source country for men, women, and children subjected to forced labor and women and children subjected to sex trafficking; adults and children are victims of government-organized forced labor during Uzbekistan's annual cotton harvest; some Uzbekistani adults are subjected to forced labor in Kazakhstan, Russia, and, to a much lesser extent, Ukraine in domestic service, agriculture, and the construction and oil industries; Uzbekistani women and children, lured with fraudulent job offers, are sex trafficked to countries in Central Asia, the Middle East, Europe, and Asia; small numbers of Tajikistani and Kyrgyzstani victims have been identified in Uzbekistan tier rating: Tier 3 - Uzbekistan does not fully comply with the minimum standards for the elimination of trafficking and because it is not deemed to be making significant efforts to do so, it was downgraded to Tier 3 after the maximum of two consecutive annual waivers; the government has identified an increased number of sex and transnational labor trafficking victims; for the first time a decree was implemented banning the forced labor of children under the age of 15 in the annual cotton harvest, but government-organized forced labor of adults and older children contines in the cotton and reportedly other sectors; Uzbekistan does not have a systematic process to proactively identify trafficking victims and refer them to protective services (2013) Illicit drugs: transit country for Afghan narcotics bound for Russian and, to a lesser extent, Western European markets; limited illicit cultivation of cannabis and small amounts of opium poppy for domestic consumption; poppy cultivation almost wiped out by government crop eradication program; transit point for heroin precursor chemicals bound for Afghanistan

What do you think about Uzbekistan?

How expensive is Uzbekistan?