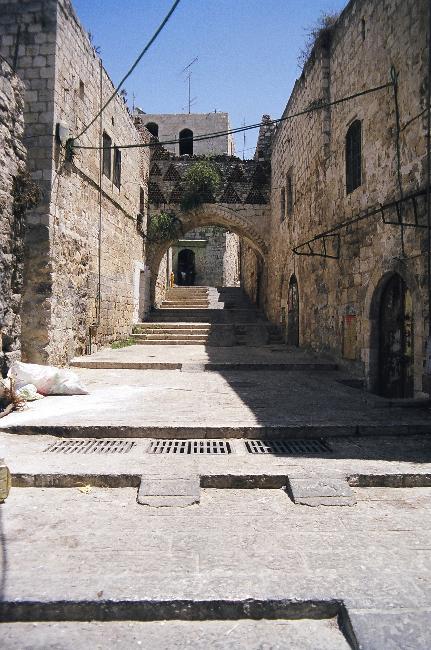 From the early 16th century through 1917, the area now known as the West Bank fell under Ottoman rule. Following World War I, the Allied powers (France, UK, Russia) allocated the area to the British Mandate of Palestine. After World War II, the UN passed a resolution to establish two states within the Mandate, and designated a territory including what is now known as the West Bank as part of the proposed Arab state. Following the 1948 Arab-Israeli War the area was captured by Transjordan (later renamed Jordan). Jordan annexed the West Bank in 1950. In June 1967, Israel captured the West Bank and East Jerusalem during the 1967 Six-Day War. With the exception of East Jerusalem and the former Israeli-Jordanian border zone, the West Bank has remained under Israeli military control. Under a series of agreements signed between 1994 and 1999, Israel transferred to the Palestinian Authority (PA) security and civilian responsibility for many Palestinian-populated areas of the West Bank as well as the Gaza Strip. Negotiations to determine the permanent status of the West Bank and Gaza Strip stalled after the outbreak of an intifada in mid- 2000. In early 2003, the "Quartet" of the US, EU, UN, and Russia, presented a roadmap to a final peace settlement by 2005, calling for two states - Israel and a democratic Palestine. Following Palestinian leader Yasir ARAFAT's death in late 2004 and the subsequent election of Mahmud ABBAS (head of the Fatah political party) as the PLO Executive Committee Chairman and PA president, Israel and the PA agreed to move the peace process forward. Israel in late 2005 unilaterally withdrew all of its settlers and soldiers and dismantled its military facilities in the Gaza Strip and redeployed its military from several West Bank settlements but continues to control maritime, airspace, and other access. In early 2006, the Islamic Resistance Movement, HAMAS, won the Palestinian Legislative Council election and took control of the PA government. Attempts to form a unity government failed, and violent clashes between Fatah and HAMAS supporters ensued, culminating in HAMAS's violent seizure of all military and governmental institutions in the Gaza Strip. Fatah and HAMAS in early 2011 agreed to reunify the Gaza Strip and West Bank, but the factions have struggled to implement details on governance and security. The status quo remains with HAMAS in control of the Gaza Strip and the PA governing the West Bank. In late 2010, direct peace talks between the Israelis and Palestinians collapsed. In November 2012, the UN General Assembly upgraded the Palestinian status at the UN to that of an observer "state." The Israeli government and ABBAS returned to formal peace negotiations in July 2013.

The West Bank - the larger of the two areas comprising the Palestinian territories - has sustained a moderate rate of economic growth since 2008. Inflows of donor aid and government spending have driven most of the gains, however. Private sector development has been weak. After a multiyear downturn following the start of the second intifada in 2000, overall standard-of-living measures have recovered and now exceed levels seen in the late 1990s. Despite the Palestinian Authority's (PA) successful implementation of economic and security reforms and the easing of some movement and access restrictions by the Israeli Government, Israeli closure policies continue to disrupt labor and trade flows, industrial capacity, and basic commerce, eroding the productive capacity of the West Bank economy. The biggest impediments to economic improvements in the West Bank remain Palestinians' inability to access land and resources in Israeli-controlled areas, import and export restrictions, and a high-cost capital structure. The PA for the foreseeable future will continue to rely heavily on donor aid for its budgetary needs, and West Bank economic activity will depend largely on the PA's ability to attract such aid.

the current status of the West Bank is subject to the Israeli-Palestinian Interim Agreement - permanent status to be determined through further negotiation; Israel continues construction of a "seam line" separation barrier along parts of the Green Line and within the West Bank; Israel withdrew from Gaza and four settlements in the northern West Bank in August 2005; since 1948, about 350 peacekeepers from the UN Truce Supervision Organization (UNTSO), headquartered in Jerusalem, monitor ceasefires, supervise armistice agreements, prevent isolated incidents from escalating, and assist other UN personnel in the region Refugees and internally displaced persons: refugees (country of origin): 754,411 (Palestinian refugees (UNRWA)) (2014) IDPs: at least 146,000 (persons displaced within both the Gaza strip and the West Bank, some fled as long ago as 1967 but confirmed cumulative figures do not go back beyond 2006) (2013)

What do you think about West Bank?